U.S. coal production has fallen by a third in the past decade, and temporary cessation has emerged as an escape route for cash-strapped owners. One in five non-abandoned coal mines now sits idle. Hoops’ companies have idled coal operations more often and for longer than nearly anyone, and the Blackjewel and Revelation bankruptcy proceedings offer a master class in avoiding liability in a dying industry.

Internal notes made by OSMRE staff in 2010, recently obtained by Public Integrity, showed that not-so-temporary closures were bedeviling regulators around the country. A survey sent to all state and federal agencies overseeing coal mining found that a majority “experienced problems administering temporary cessation. Most States believe there should be a maximum time limit.”

The agency’s Tennessee office told OSMRE officials, “The temporary cessation concept has been abused for years by operators desiring to retain viable permits but not conducting mining operations” and that efforts to compel either reclamation or mining “have failed for lack of … clearly defined regulations or policies.” As the industry shrinks, long-term idling can be used as a stepping stone to forfeiture, passing cleanup responsibilities to the government and taxpayers.

Twenty-one of his coal mines and related facilities were temporarily idled as of mid-August, according to Mine Safety and Health Administration data, seven of them for at least three years.

Potential buyers appeared interested last month in some of the mines owned by his companies in bankruptcy proceedings. But what would happen to the rest was unclear. If unpurchased, they would likely fall to states to reclaim — first with the inadequate funds companies set aside for that purpose, and after that with taxpayer money. At least 16 additional Central Appalachian operations owned by other companies in bankruptcy are idle.

Records from the Kentucky Energy and Environment Cabinet showed that more than 20 percent of permits idled in the state are tied to Hoops or were until July’s bankruptcy.

Cabinet spokesman John Mura said state legal staff is actively engaged in the bankruptcy proceedings, adding that the state is not concerned about temporary cessation because only 10 percent of Kentucky coal permits are currently idle.

…Legal battles are being fought across the Uravan Mineral Belt in southwestern Colorado. Modern uranium miners, including Glasier, want to revive their operations, while Thurston, a mine watchdog with the Information Network for Responsible Mining, believes final reclamation should begin. As she whipped her car through the region’s valleys, she noted with a flash of dark humor that she’s stared at the same piles of waste rock her entire life.

In July, the Colorado Court of Appeals agreed with the environmental group in one case. A panel of judges ruled that the Van 4 mine — the old site above Paradox, near the Sunday Mine and also owned by Glasier — had overstayed its allotted time in temporary cessation.

In the Uravan Mineral Belt, 31 lease tracts managed by the Department of Energy cover about 25,000 acres. A federal court in Colorado lifted a long-standing injunction against new mining activity in March. Two months later, the mines were still far from production. At one called C-JD-5, equipment and buildings were badly damaged from years of theft.

Republican state Sen. Don Coram is part-owner of Gold Eagle Mining, which holds C-JD-5 and several other mines that haven’t produced since he bought in more than 20 years ago. Over breakfast in May, he said it comes down to the markets.

C-JD-5 is “abandoned,” according to federal Mine Safety and Health Administration data. But the Department of Energy considers it “actively leased.” Colorado Department of Reclamation, Mining and Safety records show Coram switched the permit out of “final reclamation” in the most recent annual report.

Coal mining falls under a federal law that mandates only that mining companies notify regulators when a permit will be in temporary cessation longer than 30 days. Twenty-one of the 23 states still producing coal wrote their own laws. But some barred themselves from enacting rules stricter than the federal government’s, and most long-term idling occurs in those states.

The federal government leaves it to the states to impose limits on uranium-mine idling. The resulting patchwork of state rules are largely anchored on a 147-year-old federal law aimed more at promoting mining than managing it.

Uranium producers banked on a petition to Trump that would have effectively subsidized the industry by compelling 25 percent of uranium used in American power plants to be produced domestically. But in July, the administration announced that importing uranium didn’t threaten national security, punting the question to a working group for further review.

While the industry awaits a decision, companies hold off on final reclamation. Groundwater monitoring at the Sunday Mine Complex has found heavy metals, although Glasier says the mine is above the water table and any water problems are naturally occurring.

“Once you reclaim something, it’s a lot harder to start it,” Glasier said at his ranch, which covers tens of thousands of acres along the San Miguel River. The impressive home he purchased with the profits from a successful mining career stands at the end of a long tree-lined driveway. “Once you shut the industry down,” he said, “it’s going to take you 10, 15 years and a high price to bring it back.”

Both Glasier and Coram believe another element might save their mines first. Vanadium, which often occurs alongside uranium in the Uravan, can be used in powerful batteries. Glasier believes his mines have high concentrations; he recently restarted sampling at the Sunday Mine Complex.

Neither man considers himself part of the industry’s history of pollution. They said they would willingly begin reclamation when their temporary cessation permits run out, if uranium and vanadium prices haven’t risen enough.

“The reason it got so messed up to begin with: It was totally the rush of the federal government,” Coram said. “We were in a wartime situation and were going to produce this at all costs.”

CLEANING UP AFTER THE GOVERNOR

“Remembering how it was and how it is is depressing as hell,” said Bush, the former coal miner and mine inspector.

Except for time spent serving in Vietnam, Bush is a lifelong resident of southwest Virginia, where the commonwealth melts into Central Appalachian coal country. Area streams once teemed with minnows, he said. Now they’re choked by silt running off unreclaimed mines.

He grew up hunting squirrels on a hill above his home, but a strip mine owned by West Virginia Gov. Jim Justice and his family now dominates the landscape. Today, Bush lives just up the road, where the hill above that home, too, has been leveled by a Justice operation.

Both mines have sat inactive for years at a time, fouling local waterways. The U.S. Environmental Protection Agency and four states filed legal action in 2016 against Justice and his companies, listing thousands of violations relating to inadequate environmental monitoring and water pollution, including elevated levels of iron and manganese flowing from these mines.

Modern surface mining in Central Appalachia has been linked to health problems ranging from cancer to birth defects. And in a 2012 study, Bernhardt estimated that surface mining impaired about one in three miles of southern West Virginia’s rivers.

But idling poses other risks, Bernhardt said. When toxic waste piles — either solid rock or liquid confined behind earthen dams — are left unaddressed, the potential increases for “catastrophic failure,” she said, even as opportunities to use the land for new purposes are delayed.

“You can’t actually make any improvements when you’re just on hold,” she said.

In Central Appalachia, tens of thousands of acres, mostly former forests, lie barren at these idled coal operations, according to a Public Integrity analysis of satellite data compiled by environmental group SkyTruth. Communities that hope to grow outdoor recreation or other post-mining industries can’t move forward.

Ransdell, the former Kentucky mine inspector, said regulators can reject applications for idled status if they catch noncompliance and ongoing pollution. But problematic mines can slip through the cracks. She recalled a permit in eastern Kentucky that was put into temporary cessation for a decade because its underground workings were on fire. And the longer that surface mines are left exposed, the more likely that acid will leak into waterways, ponds holding polluted runoff will overflow and massive waste impoundments destabilize.

“Coal companies know [long-term idling is] a viable option,” Ransdell said. “It’s something that can be abused easily because there are vague guidelines.” 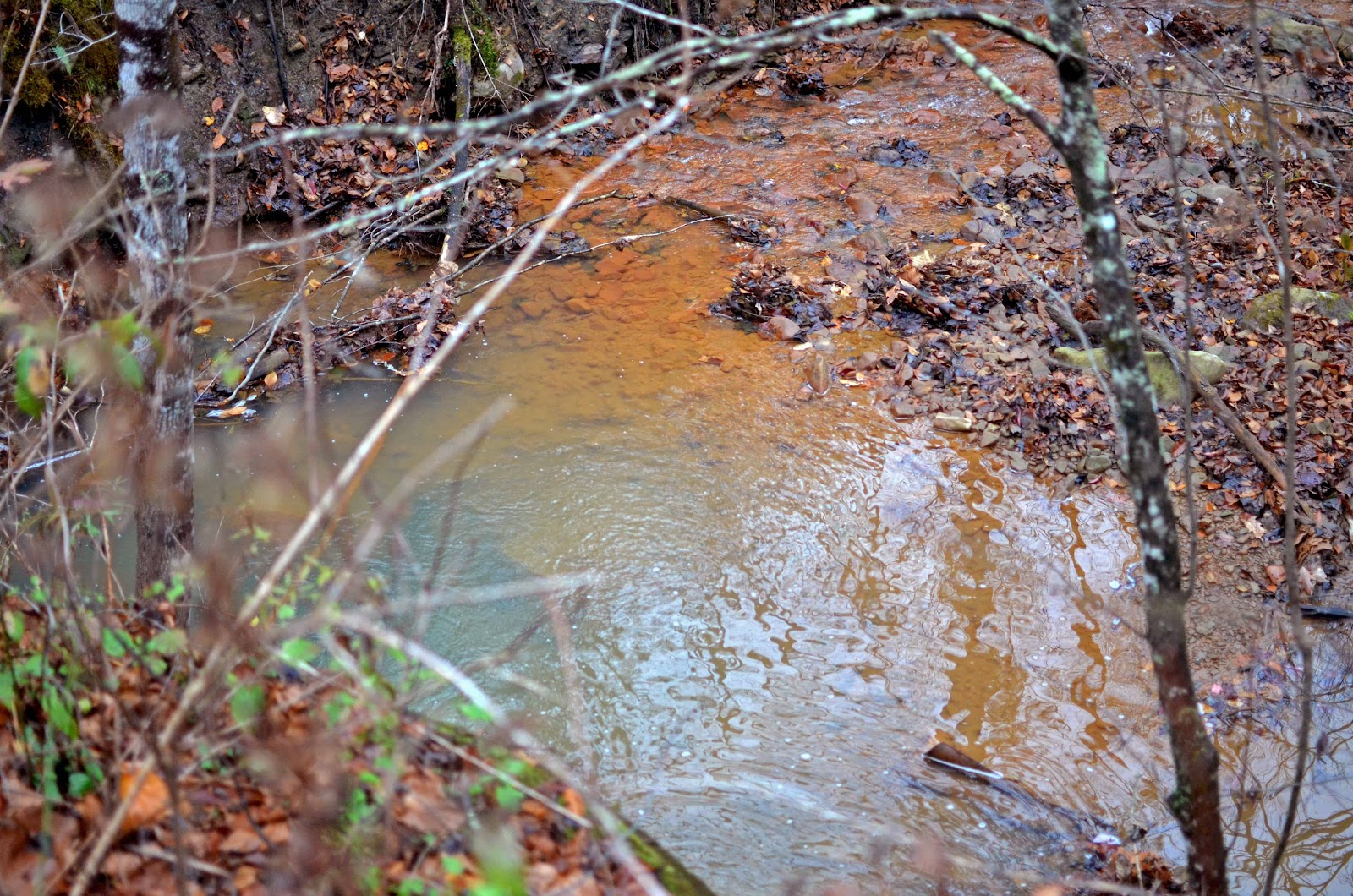 Thirty-three mines and a preparation plant owned by the Justice family’s companies were idled as of mid-August, and 15 of them have been idled for at least three years, according to data from the federal Mine Safety and Health Administration. One mine in McDowell County, West Virginia — Justice’s home state — has been paused since 2010.

And in Virginia — where two of his family’s coal operations have been idled on and off since 1984 — the Justice companies have only one mine still producing. They’re years behind on several of the original cleanup deadlines the state set.

“The end goal is to meet environmental obligations required by law in the state of Virginia, so we’ve given them dates and specific instructions of what needs to be reclaimed by when,” said Tarah Kesterson, spokeswoman for the Virginia Department of Mines, Minerals and Energy.

Idling permits is “standard practice” in the industry, a spokesman for the Justice companies, Brian Walsh, said in an emailed statement. “The Justice companies are proud to be one of the region’s leading job creators and environmental leaders within the coal industry” and have reclaimed several thousand acres in recent years, he said.

Regulators in Virginia have few options. Justice mine cleanup liabilities in Virginia total as much as $200 million, and taxpayers could get stuck with a large share of that if the state takes over. That’s because those companies have put up only about $51 million for cleanup if the operations are abandoned. Half of that amount would likely be worthless in that scenario because, state records show, it is backed against the value of the companies. A pool of money Virginia set up to close gaps like this at 150 permits across the state, including some of Justice’s, has less than $10 million in it.

The state requires that mines covered by that shared funding pool increase the amount of money they set aside for reclamation once they’re idled longer than six months. But funding shortfalls persist.

All told, nearly a third of permits in Virginia are in some degree of temporary cessation, according to Kesterson.

An August visit to the Justice mine above his childhood home found reclamation still unfinished. Puddles dotted the site. Grass and weeds poked up through the exposed rock, in stark contrast to the lush surrounding forest. Near the treeline, a broken-down bulldozer sat abandoned, rusting.

Mark Olalde reported and wrote this story, and Joe Yerardi produced the data analysis. Brittany Patterson, energy and environment reporter with the Ohio Valley ReSource, contributed to this article.