Why We Need System Change Not Climate Change 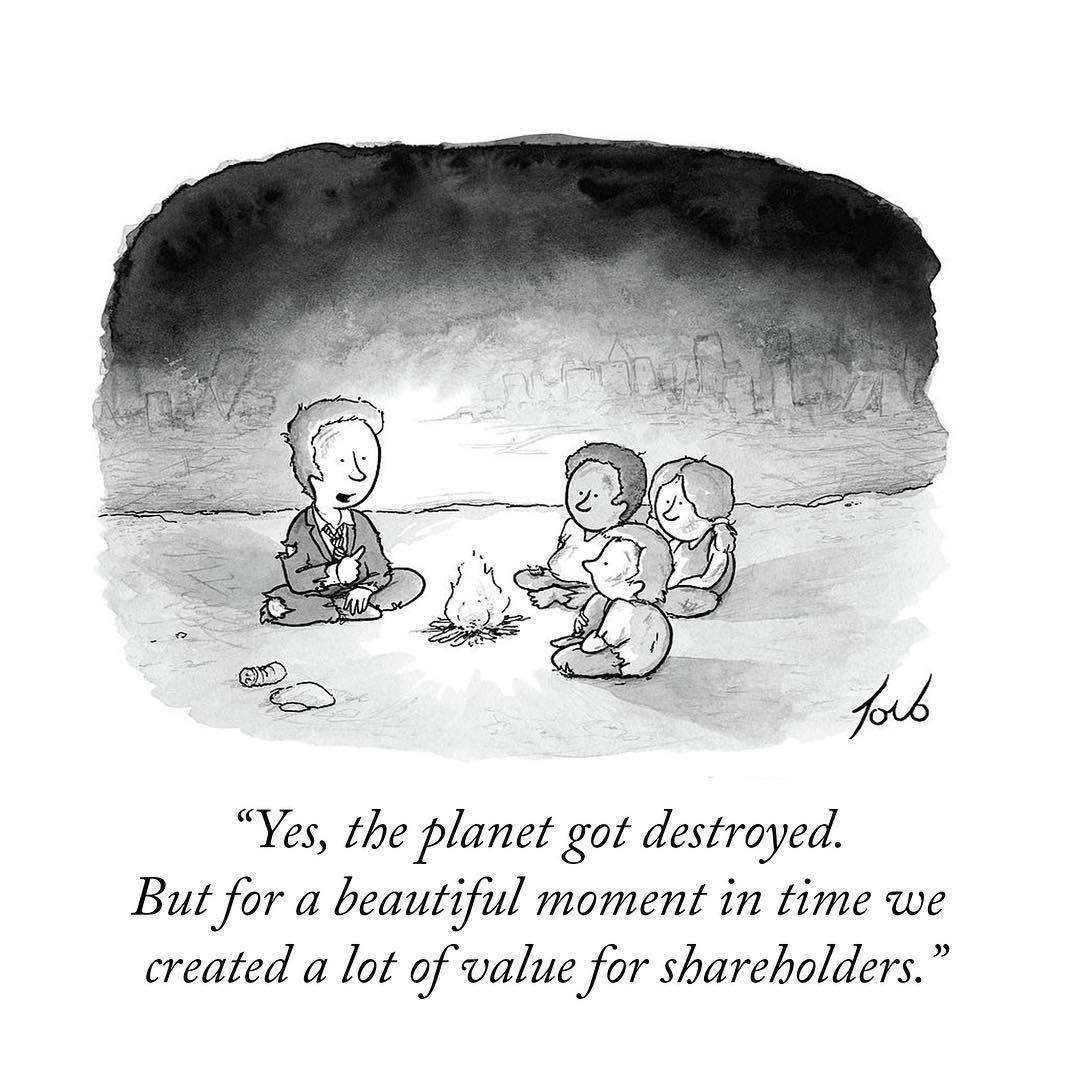 Here’s the problem: We live on a planet with finite resources. But we live in an economic system, capitalism, which is based on infinite growth, thus limitless resource consumption. In Adam Smith’s day this economic logic didn’t have much impact on the natural world. But today, when everything is produced in the billions, trashed tomorrow and reproduced the next day, this logic is driving us off the cliff to collapse. Climate scientists tell us the industrialized nations need to cut CO2 emissions by 6-10% per year till we phase them out. Ocean scientists tell us we need a five-year plan to save the oceans. We need plans to save the forests, control toxics pollution, and more.

But instead of cutting back, oil companies are drilling the ends of the earth even as we face an oil glut. Detroit has all but quit making cars to push gas-hog 6,000 pound “light” trucks and mountainous Sierras, Denalis, Yukons and Armada SUVs. Instead of inventing ways to conserve resources our top companies hire the best talent to invent superfluous “needs” — drones, virtual reality headsets, Go-Pros to selfie your whole life, AI to take your job, etc. Apple’s engineers design your iPhone to have the shelf-life of a loaf of bread, driving exhausted Chinese workers to jump off buildings in despair while mining the rare earths to produce them forces Congolese children into slavery. Instead of designing attractive, long-lasting apparel, “trashion fashion” outfits like H&M and Zara create “microseasons” for continuous consumption. Textiles are among the most toxic consumer-goods industries, poisoning waterways from New England to Guangdong. Instead of producing furniture to last generations, IKEA produces chip-board junk designed to fall apart making it the world’s third largest forest liquidator. And so on.

Yet given capitalism, we need this overconsumption and waste because if we all stopped shopping tomorrow, we’d all be out of work the next day. This is the ultimate contradiction of capitalism: we have to destroy our children’s tomorrows to hang onto our jobs today. Yet economists tell us that this is the most “rational” system possible. On the contrary! What rational about a market-driven death march to extinction? A rational economy would be geared to the needs of people and planet, not profit.

Green capitalism can’t save us: Corporations aren’t necessarily evil but they’re not responsible to society; they’re responsible to private owners. Companies can “go green” only so long as this boosts profits. But no company can sacrifice earnings, let alone put itself out of business to save the planet.

If large corporations can’t reverse their suicidal growth-to-bust trajectory, can’t put themselves out of business to save the planet, what alternative is there but to socialize (nationalize) them, put them under public ownership so we can phase them out? To make the world’s economies sustainable we need to shut down or retrench wasteful, harmful industries and steer resources into those we really need like renewable energy, ecological remediation, organic farming, social services, public schools, medical care and other unmet needs. And if we have to shut or cut back industries to save the world, then we have to guarantee new (low-emissions) jobs at comparable pay and conditions for those affected workers. The market can’t do this, it requires planning.

Planning for the common good requires democracy. Polls show that 69 percent of Americans, 71 percent of Chinese, 77 percent of Nigerians, and 88 percent of Brazilians want binding limits imposed on CO2 emissions. Well, why don’t we get to vote on such questions? We don’t have to be experts. Corporate boards are composed of major investors and VIPs who solicit experts to advise them, then vote and hire engineers to figure out how to get it done. Why can’t society do the same – but in the interest of the common good? We would have to establish democratic institutions to plan and manage our social economy: planning boards at local, regional, national and international levels. We have plenty of examples from the Paris Commune to Polish Solidarity in 1980. We even have a prototype right here in the USA: the regulation of public utilities. As Greg Palast and co-authors write:

Unique in the world . . . every aspect of US regulation is wide open to the public. There are no secret meetings, no secret documents. individuals, industrial customers, government agencies, consumer groups, trade unions, the utility itself, even its competitors. Any and all citizens and groups are invited to take part: Everyone affected by the outcome has a right to make their case openly . . In public forums, open to all citizens, the principles of social dialogue and transparency come to life. It is an extraordinary exercise in democracy–and it works.[1] We see no reason why this cannot be scaled up to the whole economy

Democracy requires rough socioeconomic equality: In the midst of the Great Depression Supreme Court Justice Louis Brandeis, said “We can either have democracy in this country or we can have great wealth concentrated in the hands of a few, but we can’t have both.” Today with the greatest concentration of wealth in history, it’s hardly surprising that we have the weakest democracies since the Gilded Age. For a real democracy, we’ll have to abolish not just capitalist ownership of the means of production, but extremes of income and inherited wealth. To prevent corruption of democracy we need a society with neither rich nor poor but everyone living comfortable in a truly sustainable global economy.

Liberation, not austerity: In ecosocialism we’ll make a lot less stuff but we’ll make it better, to last longer, to be shared. Far from austerity, this will liberate us from the treadmill of consumerism, from lives of wage slavery for Walmart or gig work for Uber, open the way to the fullest development of the creative potential of every human being, and enable us to enjoy life and preserve a green and beautiful world to hand on to our children and share with the other life forms on this small blue planet.

[1] Greg Palast et al. Democracy and Regulation: How the Public Can Govern Essential Services (2003). For a fuller discussion of all of the above see https://thenextsystem.org/six-theses-on-saving-the-planet