When I was in high school, a few people had beepers, and basically no one had a cell phone. If you were away from home and wanted to make a call, you had to search out a payphone. Just a few years later, a lot of people were buying cell phones. Not much of a phone person and not much of a tech person, I figured I’d not get a cell phone at all… as in, ever. “What’s the point?” … A few years later, I got a cell phone. Nowadays, we have smartphones and few people have a landline at home. “What’s the point?”

Similar transitions have occurred when it comes to computers, laptops, tablets, washing machines, dishwashers, and other technologies. I’m convinced the next such transitions will be to solar power and electric cars. And I’ll explain below. 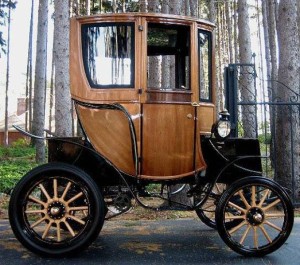 First of all, though, it’s worth noting that electric cars have a long history. They accounted for a huge portion of the car market at the beginning of the 1900s. They were especially popular with women since they were much cleaner, easier to start, and required less maintenance. Then, the electric starter was invented, making it easier and quicker to start gasmobiles, and the affordable Ford Model T was rolled out. With very short ranges, due to battery capabilities of the time, and very limited public charging, those early electric cars slowly went out of style.

One of the things that has changed the story today is that battery technology has improved dramatically. Today’s lithium-ion batteries make some electric cars cost-competitive with “comparable” gasmobiles my on a life of ownership basis. The thing is, though, you can’t really compare electric cars with gasmobiles. Electric cars have some huge benefits that gasmobiles can’t acquire.

First of all, electric cars are extremely convenient. We just assume today that going to the gas station is a part of life, like we used to assume that you basically had to be at home or work to receive a call. But with an electric car, you can simply plug in when you get home and then unplug when you leave again. It’s about as simple and quick as unlocking and locking the front door, or checking the mail. Based on today’s driving patterns and available electric cars, such charging should cover over 90% of driving for most of us, and even over 99% for a large number of us. Generally speaking, the convenience from that greatly surpasses the inconvenience of finding a public charging station very occasionally when you need one.

Instant torque graph shows why even a Nissan LEAF crushes a typical gasmobile off the line.

The second great consumer benefit of electric cars is their drive quality. They come with “instant torque,” which means all your power right when you step on the electricity pedal. That acceleration is a ton of fun, and also super useful when turning onto a busy road, entering a roundabout, or getting into the other lane right after a red light. That’s not the end of the better drive quality, though. Electric motors make a very tiny amount of noise, so they are much quieter and smoother to drive than gasmobiles. It’s something you notice and appreciate right away, but once you get used to it, it makes going back to a noisy gasmobile weird and hugely unpleasant.

I think those two benefits alone will make the masses switch to electricity. Once you experience those benefits, driving a gasoline-powered car feels as ancient as calling someone on a landline. But there are other huge benefits as well. 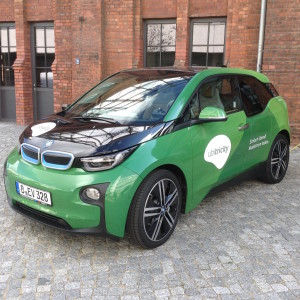 BMW i3 with ubitricity branding in Berlin.

The biggest societal crisis the world has ever faced is probably global warming and the resulting climate change. About a third of global warming pollution comes from transportation, largely private automobiles. Electric cars are about 3 times more efficient and the electricity can of course come from clean, renewable energy. Electric cars are a critical solution to global warming, and anyone who cares about solving this problem (as we all should) who is still driving a gasmobile should be planning a switch to electric mobility. 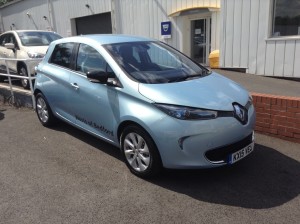 Renault Zoe in the UK, my test drive.

Aside from global warming, gasmobiles are of course a huge source of air pollution. Switching to electric cars means the air around us will be cleaner and we will suffer less from pollution-related health problems (which often even lead to early death).

Furthermore, almost all of us live in countries where we import a tremendous amount of oil from foreign countries in order to enable our driving habits, often from countries that aren’t particularly friendly to us. Trillions of dollars worth of oil are imported into developed countries. Wars have been fought and countless lives lost simply to protect oil supplies. Electric cars offer the potential of energy independence and self-reliance, on the national level and even on the personal level.

For these reasons, there are already almost one million electric cars on the road, but I think that we will see almost all new cars driving on electricity before long. For once, I think I’ll be on the front end of a technology transition! 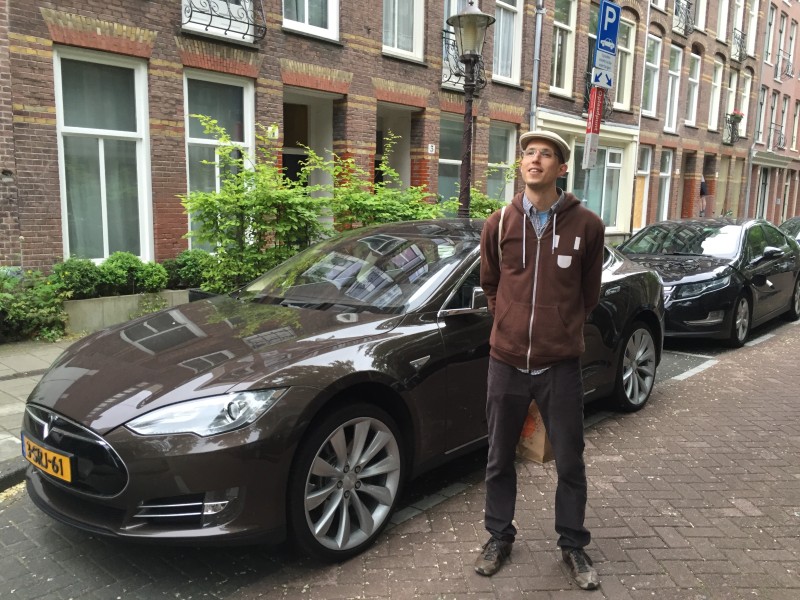