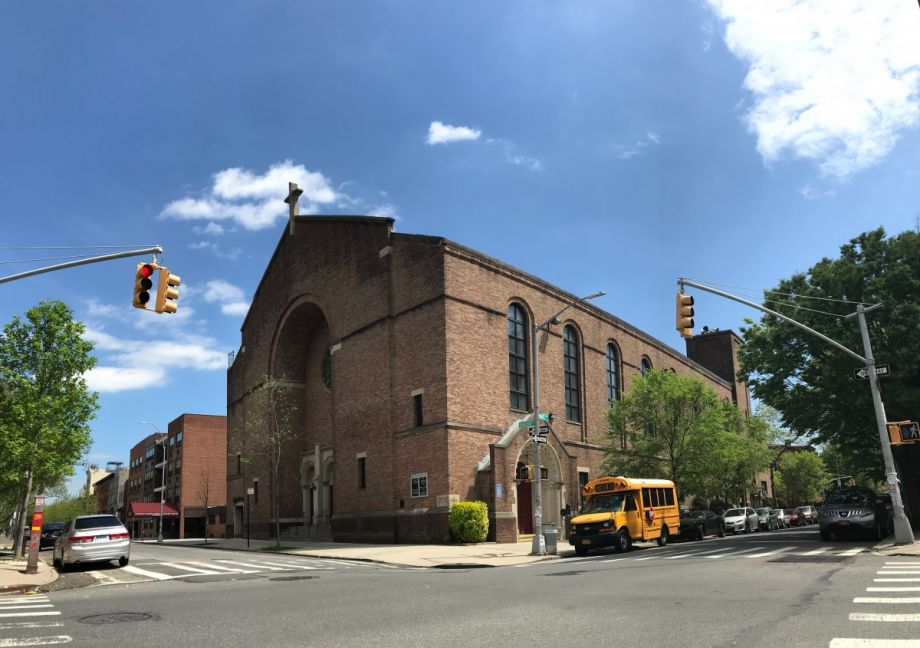 Chancellor Gregg needed to move, and quickly. He was on a month-to-month lease for his New York City apartment, which his landlord suddenly decided to terminate last winter. Moving is hard in any city, let alone one with rents as expensive as New York. Upon signing of a New York City lease, renters pay first and last month’s rent, a security deposit, and often a broker’s fee.

“So you’re paying four months’ worth of rent in advance for only two months guaranteed in the apartment,” Gregg says.

Short on cash, Gregg needed to borrow about $3,000 as soon as possible. Gregg had a good understanding of his available options, given that he works at a Brooklyn nonprofit that sees about 2,500 clients a year in its financial counseling program — including Gregg himself. When he first moved to NYC four years ago, his credit score had been languishing in the 400s, but by last winter he had gotten it up to the 600s.

“I tried every type of way I could, but kept getting denied,” Gregg says. “Some people were like ‘you need to get to 700.’”

Fortunately, a new option just opened up for Gregg. The nonprofit where Gregg works, Bedford-Stuyvesant Restoration Corporation, had launched a new partnership with Concord Federal Credit Union. As part of that partnership, Concord expanded its membership eligibility to include the nonprofit’s clients, staff and board members. The partnership is just one small part of a larger effort to reverse the trend of minority-owned credit unions closing at the rate of one per week.

“I hadn’t heard of the credit union before,” Gregg says. “I didn’t even know where it was, even though it was like five minutes walk down the street from our main office. That day I joined the credit union we started working on the loan. It was amazing.”

As an affiliate of Concord Baptist Church of Christ, the credit union’s story is unique and yet will sound familiar to anyone who has regularly attended services at a historically black church. Located a few blocks up Marcy Avenue from Restoration Corporation, Concord Baptist Church was established in 1847. Today, in addition to the credit union, Concord boasts an affiliated nursing home, senior housing, a rehab center and a charter school. The church’s status in the community is so ingrained, the city has official signage in the nearest subway station directing straphangers to the church.

Like many historically black churches, Concord chartered its credit union in 1951 to serve its congregation during an era when redlining — the practice of banks and other lenders denying loans and other services to black or immigrant neighborhoods and borrowers based solely on race or ethnicity — was rampant, legal, and incentivized by federal policies and private real estate industry practices.

Today, even though redlining is technically illegal and there are now multiple mainstream bank branches in the surrounding neighborhood, they still aren’t meeting the needs of many residents in the area, according to Harry Franklin, who serves as the part-time CEO/manager of Concord Federal Credit Union. Recent data backs up his experience of modern-day redlining.

“We’ve not seen any rush by mainstream banks to serve our community,” Franklin says.

For many years, Concord Federal Credit Union’s membership had hovered between 1,200-1,300. But 2015 was a rough year, with the passing of Concord Baptist Church’s senior pastor emeritus, Rev. Gardner C. Taylor. In that same year, the credit union membership fell to less than 900, and hasn’t recovered since.

Fortunately, the remaining members have continued to save. The credit union’s deposits have even increased a bit since 2015, with $7.7 million in savings currently deposited. That puts Concord Federal Credit Union in a good position to serve more people in the neighborhood — if only it could reach them.

“We felt we needed to serve the members of the surrounding community where we’re located who are not members of the church,” Franklin says. “We know that we have been getting younger people moving into the community, millennials or those in that age group who may not have had a bank account elsewhere. We have also other ethnic groups moving into the neighborhood, purchasing homes, and we wanted to be clear that they too were welcome to bank here.”

But like many church-affiliated credit unions, Concord Federal Credit Union has no full-time staff. Franklin and one other part-time employee work with a volunteer corps from the church congregation to run the credit union, which is only open two days a week. As of its last quarterly financial report, the credit union only had 80 loans on its books, totaling $594,654 — the rest of members’ savings are aggregated and deposited or invested with larger financial institutions.

With financial support from Citi Community Development (which also provides funding to Next City), Inclusiv — formerly the National Federation of Community Development Credit Unions — created the African American Credit Union Initiative as a service to its members like Concord, credit unions primarily owned by and serving black communities, with little to no paid staff, often affiliated with a church. These kinds of credit unions are reaching people few others have been able to reach — even if they’re spending millions to try to reach them. Some of these smaller, historically black credit unions want to reach more.

“The board of Concord Federal Credit Union wanted to grow,” says Pamela Owens, senior vice president at Inclusiv. “They realized there was so much opportunity and so much potential, but they also realized, ‘hey, we need help, and these are some of the challenges we have.’”

In starting out the African American Credit Union Initiative, some challenges for growth were obvious, like a lack of up-to-date technology. Some were not as obvious at first but quickly became apparent, such as “field of membership” — who is eligible for membership at any given credit union. As with many church-affiliated credit unions, originally only members of Concord Baptist Church could become members of Concord Federal Credit Union. Gaining regulator approval to change a credit union charter and expand its field of membership requires submitting a growth strategy as part of the application.

Inclusiv worked with Concord Federal Credit Union on the technology first, transitioning the credit union to CUImpact, a technology platform it created to provide the back-office accounting, processing and compliance that all credit unions need. The credit union also added the ability to issue debit cards, which it didn’t have before — the lack of which would have been a key barrier for pretty much any potential member coming from Restoration Corporation’s financial counseling programs. Online banking was another key addition for the credit union.

“[Debit cards and online banking] was mostly a recognition of the need of the Restoration staff and employees,” Franklin says. “That’s the approach and the strategy we’ve taken from the beginning, look at who we’re serving, look at our community, see what they’re asking for, and develop a product or service that meets those needs.”

The two historic organizations already had plenty of strong ties, but it took Inclusiv’s African American Credit Union Initiative to finally build a formal bridge between Restoration and the credit union.

“Our staff go to Concord Baptist Church. [The executive pastor] there used to be number two here at Restoration,” Capers says. “We probably wanted to refer people [to the credit union] in the past, but their charter was too prohibitive, so it really didn’t make sense,” Capers says. “They didn’t necessarily have the right systems in place.”

With the change to Concord Federal Credit Union’s charter in January, all of Restoration Corporation’s clients, employees and board may now become members of the credit union. The application to expand the credit union’s field of membership included a letter of support from Restoration.

“If a client comes to us looking for a small loan, we can send them to the credit union,” Capers says. “And at the same time if a client goes to the credit union and is not ready for a loan, or even if they did get a loan, they’ll be referred to Restoration as well for financial counseling. It’s reciprocal.”

The credit union and Restoration Corporation continue to meet every other week to check in and discuss ways to expand their partnership. For example, Restoration has a program to teach the basics of financial counseling to anyone interested. This allows those trainees to provide such services informally to family, friends and neighbors. Two members of the credit union’s credit committee — which reviews and approves loan applications — went through that program at Restoration. Capers also hopes the partnership will lead to the credit union adding home mortgages to its product offerings, as part of addressing the racial wealth gap.

While such models have shown some promising results, the devil of reaching the black, Latinx and other populations explicitly denied access to mainstream banking and credit is in the details. There’s a level of trust and connection in Concord Federal Credit Union — rooted in a historic institution, rooted in the history of the Great Migration — that can’t be simulated digitally. Owens hopes that kind of trust and connection will help fuel more partnerships forged under Inclusiv’s African American Credit Union Initiative.

“For someone who’s grown up in the community, their parents or grandparents never had a bank account, and they never had a bank account, the atmosphere of a bank can be a little intimidating,” Franklin says. “Being that first financial institution experience for some of our members, so they can begin to feel a level of comfort in even talking about financial topics … we’re happy serve that particular need. We expect that as our members grow in knowledge and sophistication about these matters that they will be able to approach a mainstream bank and do business. But we want to give them an option, now.”

This article is part of The Bottom Line, a series exploring scalable solutions for problems related to affordability, inclusive economic growth and access to capital. Click here to subscribe to our Bottom Line newsletter. The Bottom Line is made possible with support from Citi Community Development.

BECOME A NEXT CITY MEMBER TODAY

Oscar is Next City’s senior economics correspondent. He previously served as Next City’s editor from 2018-2019, and was a Next City Equitable Cities Fellow from 2015-2016. Since 2011, Oscar has covered community development finance, community banking, impact investing, economic development, housing and more for media outlets such as Shelterforce, B Magazine, Impact Alpha, and Fast Company.