From the Pope to Greta Thunberg, there are growing calls for the crime of “ecocide” to be recognised in international criminal law – but could such a law ever work?I

In December 2019, at the International Criminal Court in the Hague, Vanuatu’s ambassador to the European Union made a radical suggestion: make the destruction of the environment a crime.

Vanuatu is a small island state in the South Pacific, a nation severely threatened by rising sea levels. Climate change is an imminent and existential crisis in the country, yet the actions that have caused rising temperatures – such as burning fossil fuels – have almost entirely taken place elsewhere, to serve other nations, with the blessing of state governments.

Small island states like Vanuatu have long tried to persuade large powerful nations to voluntarily reduce their emissions, but change has been slow – so ambassador John Licht suggested that it might be time to change the law itself. An amendment to a treaty known as the Rome Statute, which established the International Criminal Court, could criminalise acts that amount to ecocide, he said, arguing “this radical idea merits serious discussion”. 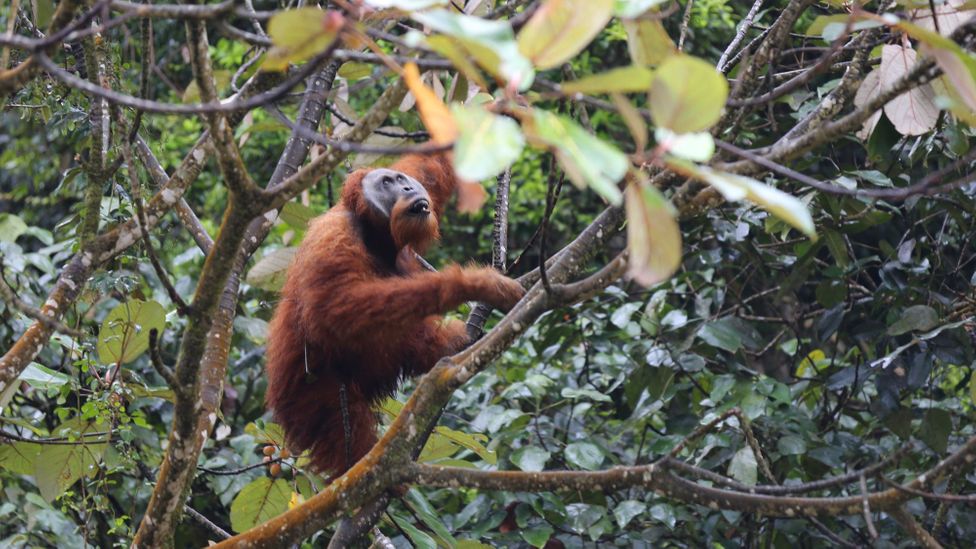 Campaigners are calling for the destruction of nature to be recognised as an international crime (Credit: Getty Images)

Ecocide – which literally means “killing the environment” – is an idea that seems both impossibly radical and eminently reasonable. The theory is that no one should go unpunished for destroying the natural world. Campaigners believe the crime should come under the jurisdiction of the International Criminal Court, which can currently prosecute just four crimes: genocide, crimes against humanity, war crimes and crimes of aggression.

If something’s a crime, we place it below a moral red line – Jojo Mehta

While the International Criminal Court can already prosecute for environmental crimes, this is only possible within the context of these four crimes – it does not place any legal restrictions on legal harms that occur during times of peace. While individual countries have their own rules and regulations to prevent such harms, ecocide campaigners argue that mass environmental destruction will continue until a global law is in place.

This wouldn’t be the fluffy and arguably toothless rulemaking that often emerges from international processes – such as the Paris Agreement on climate change, where countries set their own emissions reductions targets. By adding a fifth crime of ecocide to the Rome Statute of the International Criminal Court, the perpetrators of environmental destruction would suddenly be liable to arrest, prosecution and imprisonment.

But it would also help to create a cultural shift in how the world perceives acts of harm towards nature, says Jojo Mehta, co-founder of the Stop Ecocide campaign.

“If something’s a crime, we place it below a moral red line. At the moment, you can still go to the government and get a permit to frack or mine or drill for oil, whereas you can’t just get a permit to kill people, because it’s criminal,” she says. “Once you set that parameter in place, you shift the cultural mindset as well as the legal reality.” 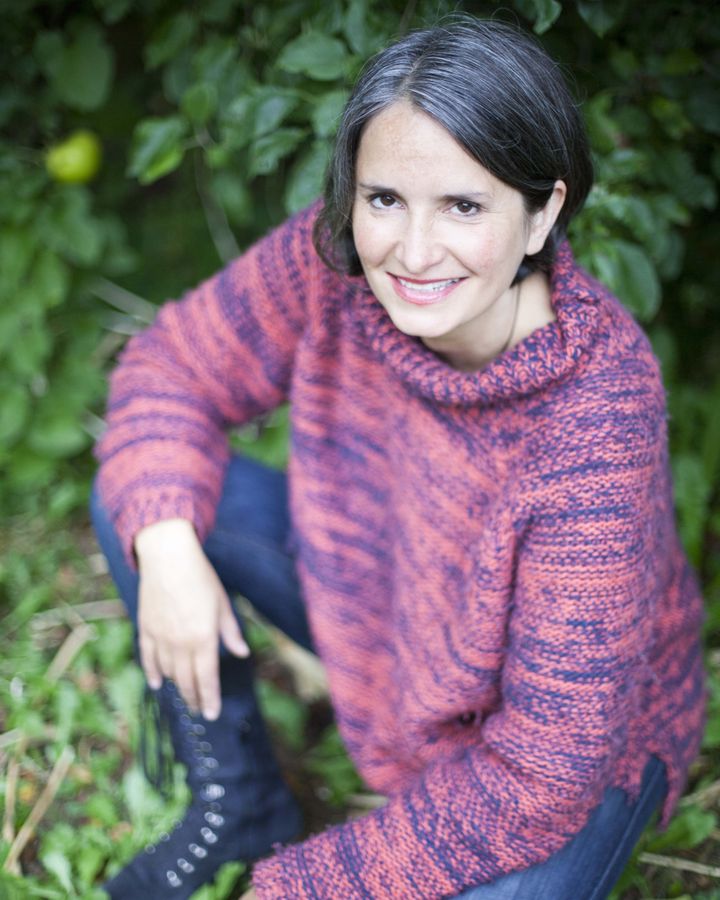 Jojo Mehta argues that a law against ecocide would hold to account people who cause significant damage to the environment (Credit: Ruth Davey/Look Again Photography)

Campaigners believe the crime of ecocide should only apply to the most serious harms, encompassing activities like oil spills, deep-sea mining, industrial livestock farming and tar sand extraction. In 2010, Polly Higgins, a British barrister, defined ecocide as “extensive damage… to such an extent that peaceful enjoyment by the inhabitants of that territory has been or will be severely diminished.”

The mother of all battles is international: to ensure that this term is enshrined in international law – Emmanuel Macron

Last year, Higgins died aged 50, after being diagnosed with cancer. It was a blow for the ecocide movement – she had been its leading legal light and fiercest advocate, selling her house and giving up her high-paying job in order to dedicate her life to the campaign. Despite her passing, that the movement now appears to be gaining momentum. After decades of existing at the radical fringes of the environmental movement, ecocide is now being discussed by parliamentarians and leaders across the world.

Among them is Emmanuel Macron, the president of France, who has become one of ecocide’s highest profile supporters. Earlier this year, more than 99% of the French citizens’ assembly, a group of 150 people selected by lot to guide the country’s climate policy, voted to make ecocide a crime. That prompted Macron to announce that the government would consult with legal experts on how to incorporate it into French law. But he went further. “The mother of all battles is international: to ensure that this term is enshrined in international law so that leaders… are accountable before the International Criminal Court,” he responded to the assembly.

Elsewhere in Europe, Belgium’s two Green parties have introduced an ecocide bill that proposes addressing the issue at both a national and international level – an idea that also has support among Swedish parliamentarians. “We have all the conventions, we have all the goals. But the beautiful visions must go from paper into action,” said Rebecka Le Moine, the Swedish MP who submitted a motion to her national parliament. “If these actions should be anything more than goodwill or activism, it must become law.”

Pope Francis has also called for ecocide to be recognised as a crime by the international community, and Greta Thunberg has backed the cause too, donating €100,000 (£90,000) in personal prize winnings to the Stop Ecocide Foundation. 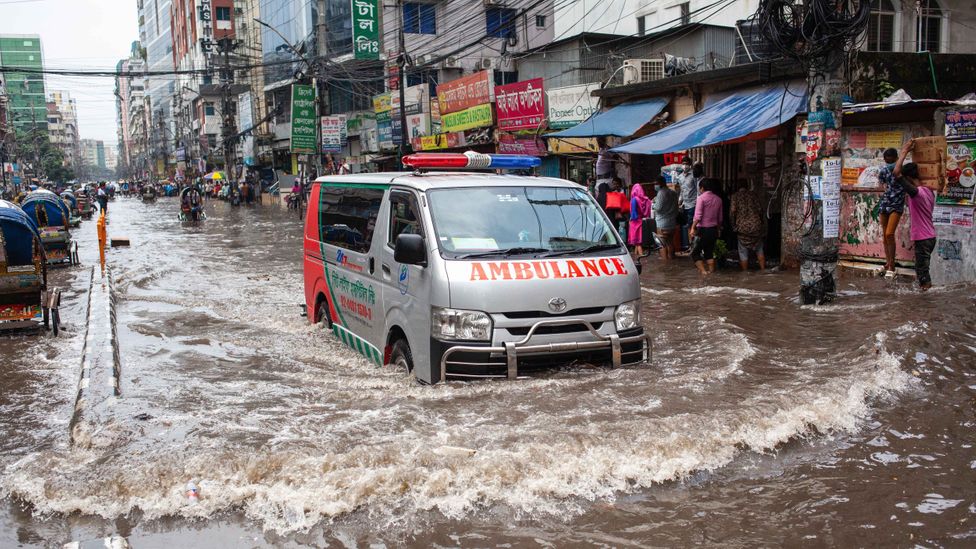 Supporters of a law against ecocide argue it would place emphasis on the environmental and human costs of issues such as climate change (Credit: Getty Images)

The International Criminal Court has itself placed increasing emphasis on prosecuting environmental crimes within the limitations of its existing jurisdiction. A 2016 policy paper on case selection highlighted the court’s inclination to prosecute crimes involving illegal natural resource exploitation, land grabbing and environmental damage. While this doesn’t change the status quo, it “could be regarded as an important step towards the establishment of a crime of ecocide under international law”, according to one paper.

Even so, the concept of ecocide has its limitations. Richard Whyte, professor of socio-legal studies at the University of Liverpool and author of a book called Ecocide, warned that an international law would not be a silver bullet that eradicates environmental destruction. Corporations cannot be prosecuted under international criminal law, which only applies to individuals, Whyte points out – and bringing down a CEO may not actually rein in the business itself.

“It’s really important to change our language and the way we think about what’s harming the planet – we should push through this crime of ecocide – but it’s not going to change anything unless, at the same time, we change the model of corporate capitalism,” he says.

While there is still a long way to go before ecocide could be recognised as an international crime, the movement continues to gather pace, says Rachel Killean, a senior lecturer in law at Queen’s University Belfast, who has recently written about alternative ways in which the International Criminal Court could address environmental harms.

“You can never say never – and it’s gaining momentum that we maybe would never have imagined previously – but the challenges are still so significant. First of all, you have political resistance. I think the chance of an assembly of state parties agreeing to an additional crime is unlikely, particularly one that might curb economic expansion,” she says. 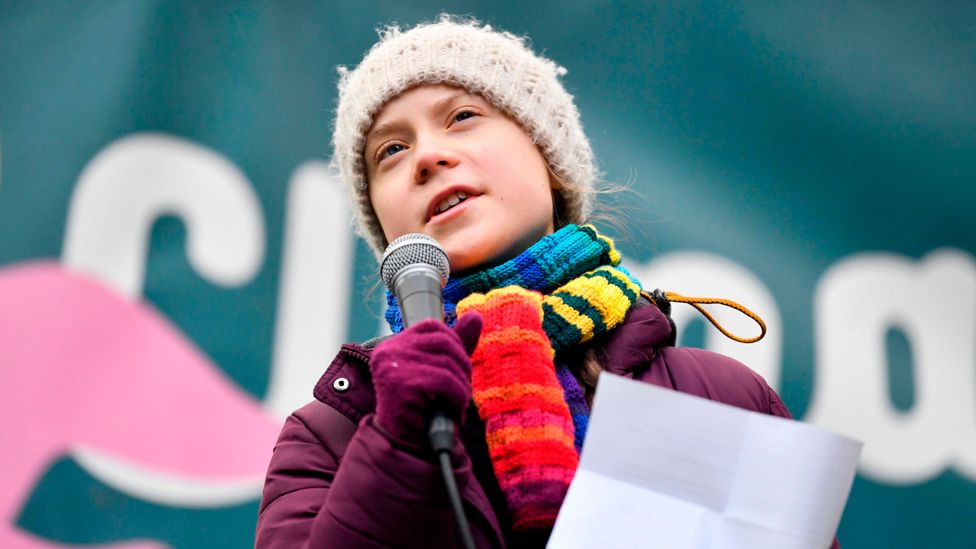 Greta Thunberg is among those calling for ecocide to be recognised as a crime (Credit: Getty Images)

An international law on ecocide would also be difficult from a legal perspective, adds Killean – lawyers would have to ensure that there were sufficient grounds for prosecution.

“If you think about all the parts of the criminal prosecution, you need to have an individual – so who’s the individual that’s responsible for ecocide? There needs to be intention – so how do you prove intention for the destruction of a territory? All these different things that build up a criminal trial become really complicated when you’re thinking about ecocide.”

Campaigners like Mehta understand these difficulties. Her campaign group, Stop Ecocide, is currently pulling together a panel of top international lawyers to write a “clear and legally robust” definition of ecocide that countries could propose at the International Criminal Court.

Once that’s in place, the next step would be for a country to back it at The Hague. While Vanuatu has raised the issue, it did not submit a formal proposal to amend the Rome Statute, and whether there will be a government brave enough to do so remains an open question – leading on such an issue requires a certain level of diplomatic clout. Mehta believes that such a move is becoming more likely due to the growing number of governments that have expressed their theoretical support. “There’s safety in numbers,” she says. “It’s less of a political risk.”

But the journey wouldn’t end there. Once a proposal is submitted, it would have to be adopted by a two-thirds majority vote – in practice, that means it needs the support of 82 countries. No country has veto power, and all nations have the same voting power regardless of size or wealth. It’s a process that Mehta envisages taking anywhere between three and seven years.

Whether or not the process happens so quickly, or if it even happens at all, ecocide has proved to be a powerful idea. It has crystallised a concept that often gets lost in discussions of policy and technology: that many see that there is a moral red line when it comes to destroying the environment. And it is a reminder that it is not a victimless act: when forests burn and oceans rise, humans are suffering around the world. Moreover, the perpetrators of these acts are not blameless. For campaigners like Mehta, criminalising ecocide is a way to call time on the destruction of the Earth’s ecosystems and those who live in them.