LANCASTER, Pa. — On an overcast afternoon this month, a block party was in full swing, the hot dogs were going fast, and Chris Underhill, freshly graduated from high school, was savoring a new milestone: He had registered to vote for the first time.

Filling out the form offered by a political activist not much older than him took about three minutes. But its significance was not lost on Mr. Underhill, 18, who grew up in this city on the edge of Amish country, 75 miles west of Philadelphia. An aspiring actor who helped organize a local march following this year’s deadly mass shooting in Parkland, Fla., Mr. Underhill said his everyday worries mirror those that fuel the anxieties of his generation, such as how to pay for college and losing access to health care.

And then there’s the presidency of Donald J. Trump.

“This country’s just gone off the walls since Trump got elected,” he said, echoing the impressions of thousands of new Pennsylvania voters his age. “But now I have the power to vote and make it better, starting with Lancaster and then going bigger.”

Weary of a political system that many young Americans see as rigged against their generation, and fired up to elect candidates who they believe support the issues they care about, a surge of young adults between the ages of 18 and 29 have registered to vote this year, according to data from 39 states compiled by Targetsmart, a Democratic polling firm.

Pennsylvania is leading the groundswell, with registered voters 34 and younger now outnumbering those 65 and older, according to the latest statistics from the Pennsylvania State Department issued Aug 13. States like Arizona, New York, Florida and Virginia have also seen sharp increases.

Pennsylvania residents who are younger than 30 years old now make up nearly two-thirds of new voter registrations, up from less than half in the weeks before the February massacre at Marjory Stoneman Douglas High School, an attack that left 17 students and staff members dead and sparked a wave of nationwide student-led protests and demands for gun control.

Though Mr. Trump won Pennsylvania, capturing 12 of the 18 congressional districts and all 20 electoral votes, progressive organizers said they hope the rise in young registered voters will help elect Democrats in competitive midterm statewide and congressional races.

[Read: Trump Won Pennsylvania. Democrats Want the State (and His Voters) Back.]

Young Democrats outnumber their Republican counterparts by more than 400,000 statwide, but the solidy conservative Lancaster County counted about 3,600 more Republicans between the ages of 18 and 34 as registered to vote, according to the state’s statistics. 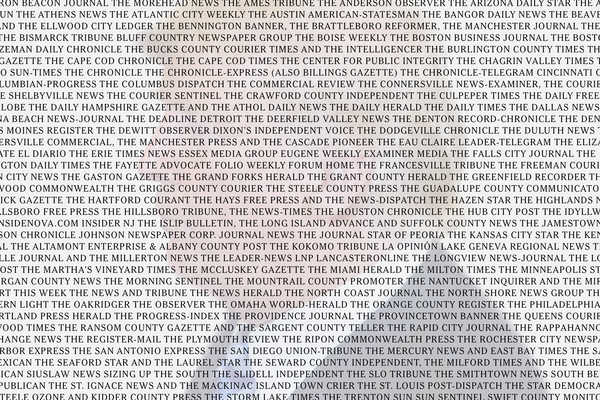 A Free Press Needs You 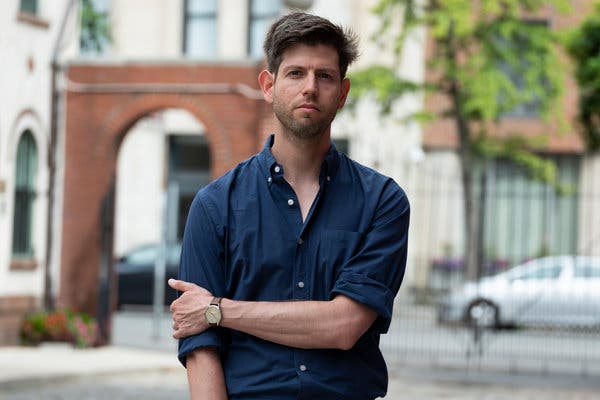 What Happens to #MeToo When a Feminist Is the Accused? 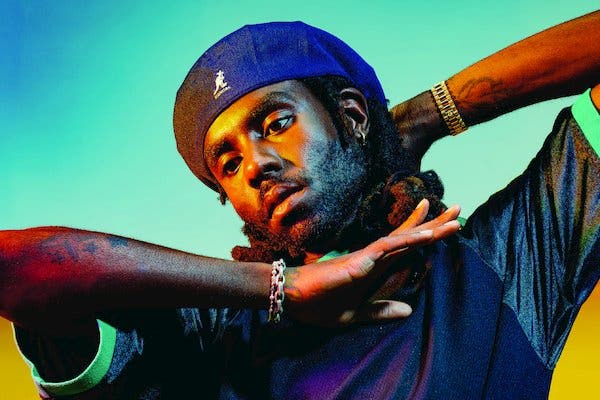 The surge of youth registrations, said Jarret Smith, Pennsylvania’s youth director for NextGen America, can be attributed to a network of grass-roots organizations and passionate activists who have spent the spring and summer knocking on doors, confronting candidates and building relationships with residents — not just in Philadelphia and Pittsburgh, but across the towns, smaller cities and college campuses where they said voters have long been ignored.

“The number one thing we hear is how angry young people are at Washington,” said Mr. Smith, 27, whose liberal group is focused on registering and mobilizing voters in 11 states. “We’ve found that the top issues are affordable health care, gun control and climate change, and they don’t feel they’re being represented.”

In Pennsylvania alone, Mr. Smith said, the group has registered about 13,000 young voters this year, out of 93,000 voters it has registered statewide since May 2016. It’s aiming for 15,000 more as college students return to campus for the fall semester. The organization has traditionally targeted four-year college campuses, but it recently has expanded to community colleges and other areas with large youth populations, like the cities of Erie, Allentown and Reading, which is more than 63 percent Hispanic.

NextGen America strategizes with an array of groups in Pennsylvania, including local chapters of the Sunrise Movement, an activist association composed of young people concerned about the environment. In addition to campaigning to stop climate change and registering voters, the group said, Sunrise activists have convinced more than 800 political candidates nationwide to sign a pledge to reject funding from the fossil fuel industry.

In July, their cause made national headlines after Scott Wagner, a Republican candidate for Pennsylvania governor, called an 18-year old Sunrise member “young and naïve” for asking whether his dismissal of climate change was connected to the $200,000 she said he has received from fossil fuel executives, lobbyists and political action committees.

[Read: A Politician Called Her ‘Young and Naïve.’ Now She’s Striking Back.]

This summer, 18 Sunrise volunteers lived together in three houses across Pennsylvania, registering voters, holding rallies and telling as many people as they could about the $60 million the fossil fuel industry has spent since 2010 on lobbying efforts and political donations in the state. Pennsylvania is the only major gas-producing state that does not require oil and gas companies to pay a drilling tax, which could be worth around $100 million annually.

Sophia Zaia, 23, the group’s regional leader, grew up in Austin, Tex., and remembers a drought that left her family without running water for weeks.

“Climate change was such a huge issue, but I never felt there was anything I could do about it,” she said as she and a dozen other young activists prepared to sneak into the Philadelphia mayor’s City Hall office in early August with a petition demanding that he reject fossil fuel money.

After graduating from Swarthmore College, where she was involved in a fossil fuel divestment campaign, Ms. Zaia said she felt compelled to find a job in climate activism.

But building a movement takes patience.

“Sometimes I’m not in the mood to go out and talk to strangers,” said Emma Walker, 20, a Sunrise volunteer from Jamaica, recalling the tediousness of voter registration. More challenging, she said, is hearing African-Americans and working-class people say their vote doesn’t matter.

“The anger I have at the system really motivates me,” she continued. “I keep reminding myself that we’re part of this wave of youth activism that’s going to change the course of American politics.”

Not all of the youthful energy is coming from the left. Eager to capitalize on conservatives’ support for Mr. Trump — the first Republican presidential candidate to win the state in nearly three decades — the 35 chapters of the Pennsylvania Young Republicans have reached about 250,000 voters this year through voter registration drives, knocking on doors and phone-banking, said Rick Loughery, the group’s chairman.

C.J. Weigle, 23, is president of the York County Young Republicans, the second-largest chapter in the state. He said the group has signed up “a lot of independents and folks who’ve never registered before.”

“My generation has had enough of the status quo, on both sides,” he continued. “We see in Trump someone who presents a better option.”

In Lancaster County, a solidly Republican area, a group called Lancaster Stands Up is trying to shift the political makeup. They have found a target in the congressional incumbent, Lloyd K. Smucker, a Republican who voted to repeal the Affordable Care Act and has not held a town-hall meeting since he took office in January 2017.

“The Koch Bros own Lloyd $$$,” declares a poster on a wall of the group’s headquarters in Lancaster, where 30 percent of the residents live below the poverty line.

Founded shortly after the 2016 election, Lancaster Stands Up has grown to more than 800 members, many of whom have volunteered to register voters and canvas for Mr. Smucker’s Democratic rival, Jess King, a nonprofit leader and Mennonite. The group includes Claudia Llewellyn, 29, an undocumented resident of Lancaster who fled gangs in Honduras and came to the United States as a child. As a “Dreamer” who is married to an American, her fate may be decided by the midterm elections, and she said the fear of deportation has driven her to register around 60 people so far.

“It’s my duty,” she said. “I can’t vote, but I can help others make their voices count.”

Lancaster Stands Up has made a concerted push to register voters in the city’s poorer neighborhoods, where many of the residents are black, Hispanic and immigrants.

Jonathan Seth, 19, a charity worker whose parents immigrated from Cambodia and Pakistan, registered to vote at the early August block party, where music was blaring as children ran around and the smell of grilled hot dogs wafted in the air. Mr. Seth then convinced two of his young friends to register, too.

In interviews, the three men said they hoped their votes could help solve a raft of local problems facing their community, like low wages, underfunded schools and strained relationships with the police. In July, a viral video of a white Lancaster police officer using a Taser on a black man prompted outrage, particularly after the officer was not disciplined.

“The only way things are going to change for us,” said Mr. Seth, “is if we make ourselves heard.”

A version of this article appears in print on Aug. 25, 2018, on Page A13 of the New York edition with the headline: They’re Young. They Want Change. And Now They Can Vote.