‘Zombie oil’ that ought to stay in the ground is kept alive thanks to federal and state governments in the US feeding it billions of dollars. This is oil consumers don’t need, and that oil companies therefore wouldn’t touch without these subsidies, a new analysis published in Nature Energy reveals.

About half of 800-plus untapped US oil fields (what’s widely called “zombie energy”) would be too costly to drill when oil is $50 a barrel, report co-author Peter Erickson, senior scientist at the US Center of the Stockholm Environment Institute, told me in a phone interview. Oil has averaged just under $50/barrel for the last 24 months.

The analysis looked at the impact of $4 billion a year in production subsidies given to oil companies. Study authors argue this money encourages companies to drill oil fields that would otherwise be unprofitable. That would likely produce 17 billion barrels and, once burned, add 7 billion tonnes of additional climate-heating carbon dioxide emissions to the atmosphere by the year 2050.

In the US, the world’s second-largest emitter of greenhouse gases (behind China), CO2 emissions for 2016 totalled 5.2 billion tonnes.

For untapped fields that would be profitable even without receiving government funds, subsidies just pad the oil industry’s bottom line. For oil producers in Texas, subsidies boost profits by 11 percent, said Erickson. “Who wouldn’t want an 11 percent bump in salary?” 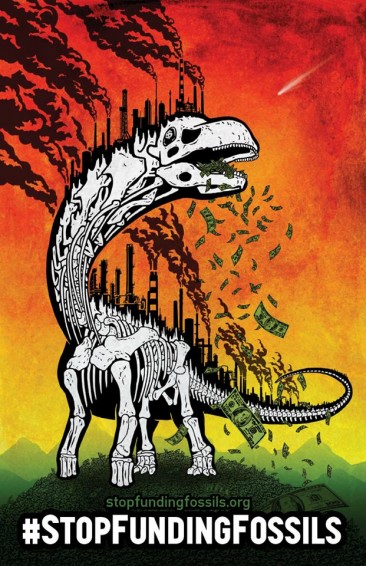 “This is oil we don’t need and it takes the US further away from its climate goals of reducing CO2 emissions,” he said.

The US is awash in oil and has become a major exporter since Congress lifted the crude oil export ban December 2015. By late September of this year, the US was exporting 1.5 million barrels of crude oil a day to 20 different countries, including China and Brazil. That translates into 30 million gallons of gasoline leaving the US every day.

While $4 billion is a lot of money, it’s only part of the estimated $20.5 billion a year giveaway to the oil, gas, and coal industries, according to a separate new report published today by Oil Change International, a nonprofit based in Washington DC. At least $6 billion of this is from state governments.

“These industries have permanent subsidies at least seven times greater than what renewable energy receives,” said report author Janet Redman in an interview.

In 2009, countries in the G20 (including the US) pledged to reduce fossil fuel subsides, acknowledging that they distort markets, impede investment in clean energy sources, and frustrate efforts to address climate change. The Trump administration has already reversed the few modest curbs that had been put in place by President Obama, like increased royalty rates, and is working to open up more public lands to oil and gas exploration, such as the 19.6 million acre Arctic National Wildlife Refuge.

Redman isn’t surprised. In the 2015-2016 federal election cycle, oil, gas, and coal companies spent $354 million in campaign contributions and lobbying, and received $29.4 billion in federal subsidies in total over those same years—an 8,200 percent return on investment, the report said.

Both parties are recipients of those campaign contributions. Many members of Congress have close ties to the industry, Redman said.

President Trump’s push to position the US as a major exporter of fossil fuels doesn’t take into account “the environmental damage and costs, nor how it harms human health,” she said. In that sense, the public is paying for Trump’s “energy dominance” with their health, and with their taxes.