Americans want to restrict carbon emissions from coal power plants. The White House and Congress may do the opposite. 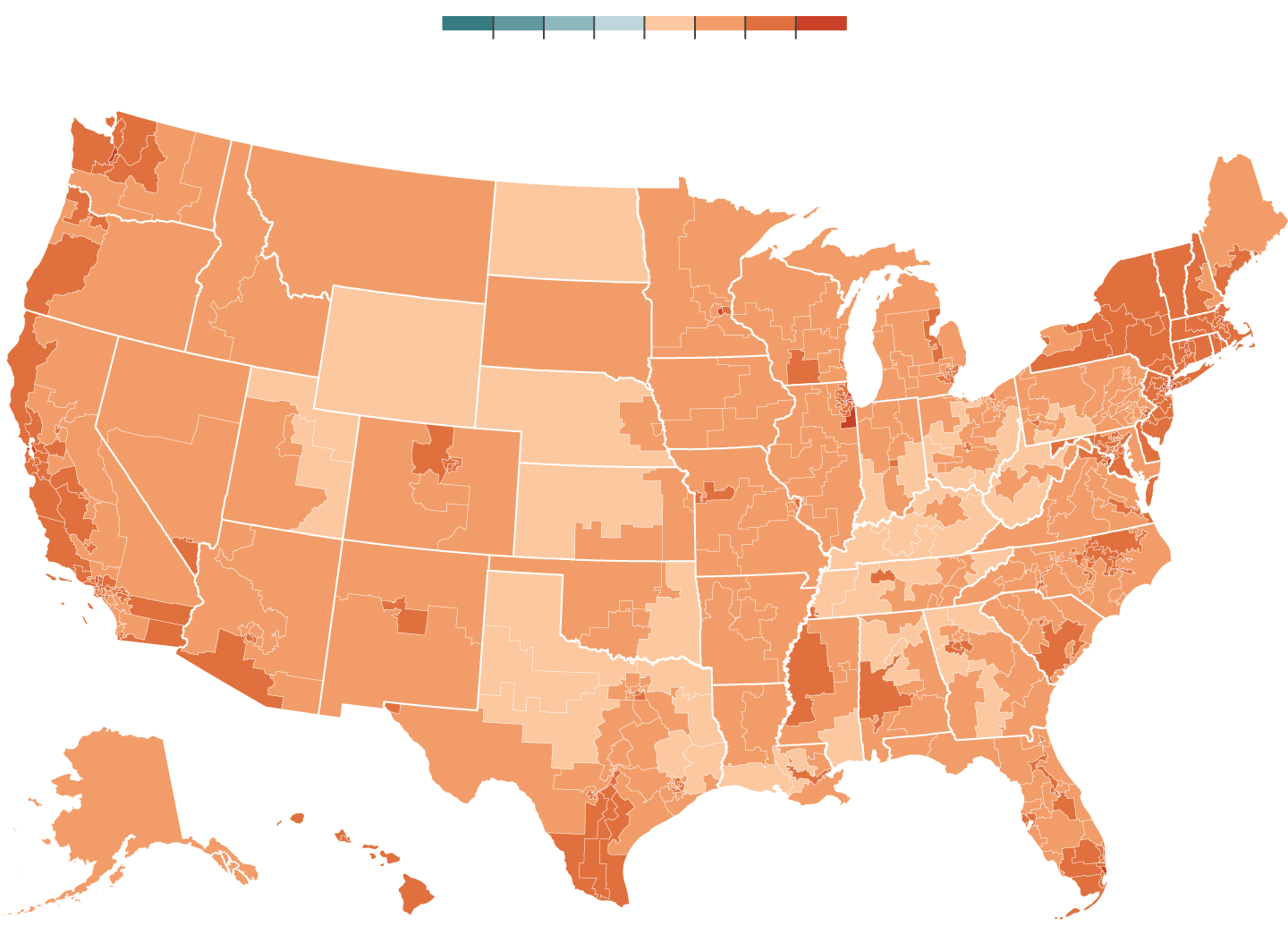 But lawmakers are unlikely to change direction soon.  Bob Inglis, a former Republican congressman from South Carolina, warned that committed activists — like the Tea Party — can shape politicians’ approaches to issues like climate change. “Those are the ones who can take you out at the next primary,” he said. Mr. Inglis lost his primary in 2010 to Trey Gowdy, a Tea Party candidate who attacked his climate views.

Most people think that climate change will harm Americans, but they don’t think it will happen to them.

Most people know climate change is happening, and a majority agrees it is harming people in the United States. But most don’t believe it will harm them.  Part of this is the problem of risk perception.

Global warming is precisely the kind of threat humans are awful at dealing with: a problem with enormous consequences over the long term, but little that is sharply visible on a personal level in the short term. Humans are hard-wired for quick fight-or-flight reactions in the face of an imminent threat, but not highly motivated to act against slow-moving and somewhat abstract problems, even if the challenges that they pose are ultimately dire.

Texas and Florida are vulnerable to climate change, but residents are split on how much to worry about it.

Percentage of adults per county who are at least somewhat worried about global warming. 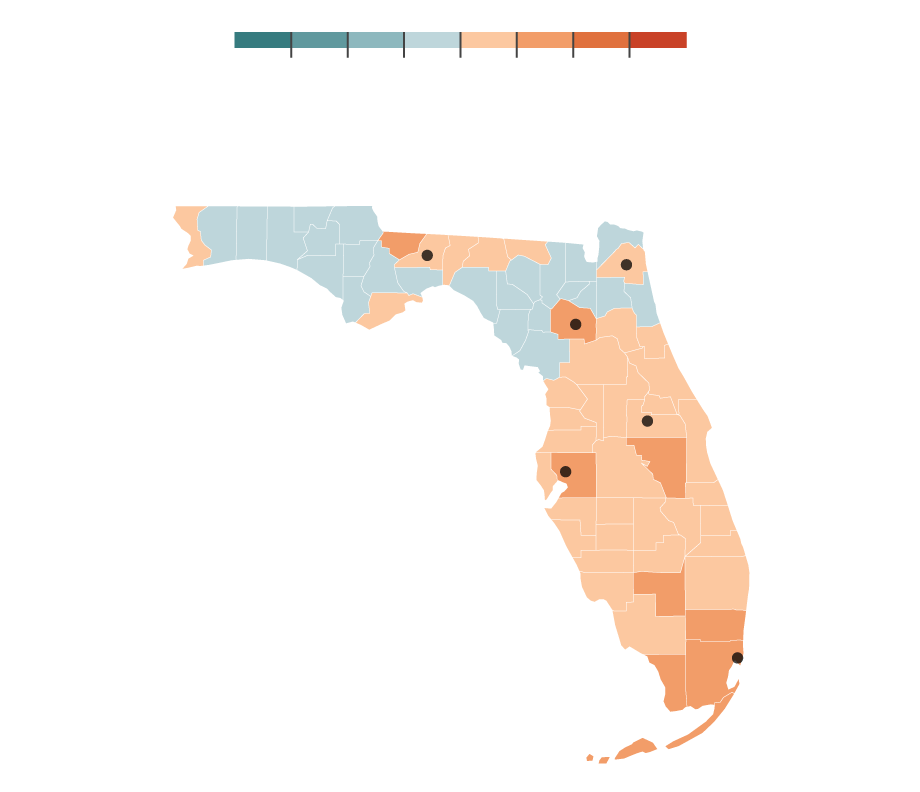 The effects of climate change, including sunny-day flooding, are being felt across Florida. But the state shows a distinct north-south split in the level of concern over global warming, and it is not a simple Democrat-versus-Republican distinction, said State Representative Kristin D. Jacobs, a Democrat. Four southeast Florida counties — Miami-Dade, Broward, and Monroe and Palm Beach — stand out because of their concerted effort to work on climate issues together and to discuss it in nonpartisan terms. 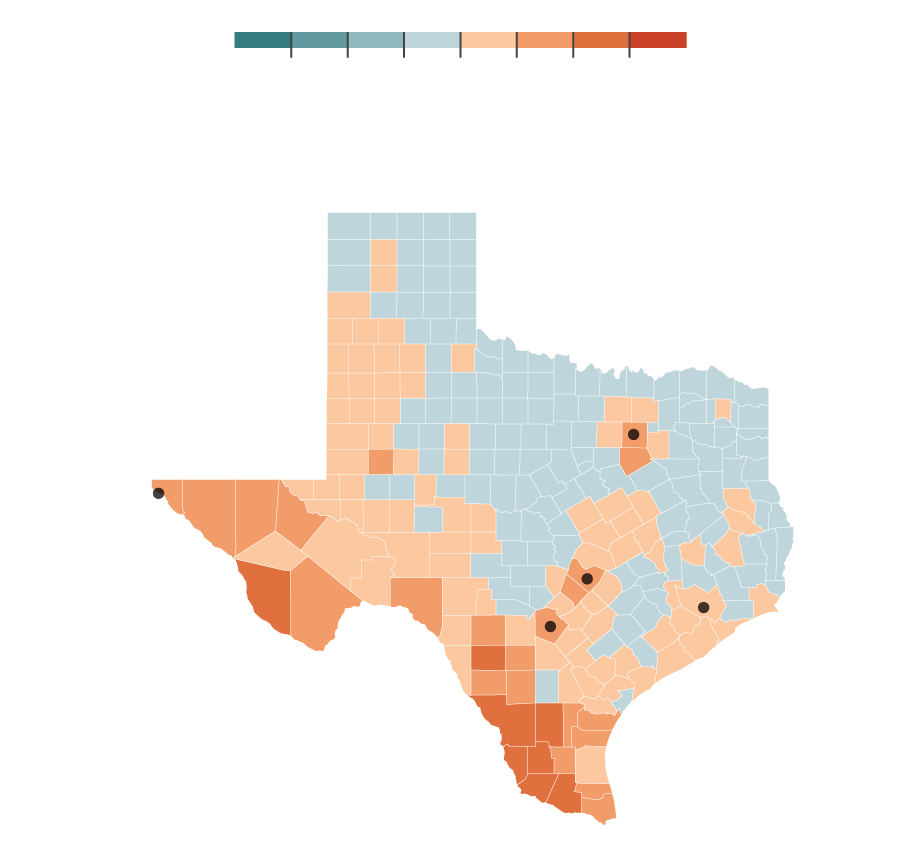 South and West Texas, as well as the state’s Gulf Coast, are more worried about climate change than the rest of the state — and politics alone cannot explain it. South Texas favors Democrats, West Texas is decidedly more mixed, and the Gulf Coast in November 2016 was solid Trump territory.

One thing is shared by those disparate parts of the state: They have felt the brunt of shifting weather patterns, including rising temperatures, coastal hurricanes and western droughts so long and severe that some West Texas towns now recycle wastewater for drinking.

The state’s highest concentrations of Latinos can be found in the south and west, which may also partly explain the difference in climate views. Roberto Suro, a professor of public policy and journalism at the University of Southern California, suggested age as a possible factor. Latinos are “a young population with the median age significantly younger than the white population, and younger still than the African-American population,” he said, noting that young people have embraced climate science to a greater extent than their elders.

Everybody talks about the weather. But the climate? Only in some places. – A map of the big hush: 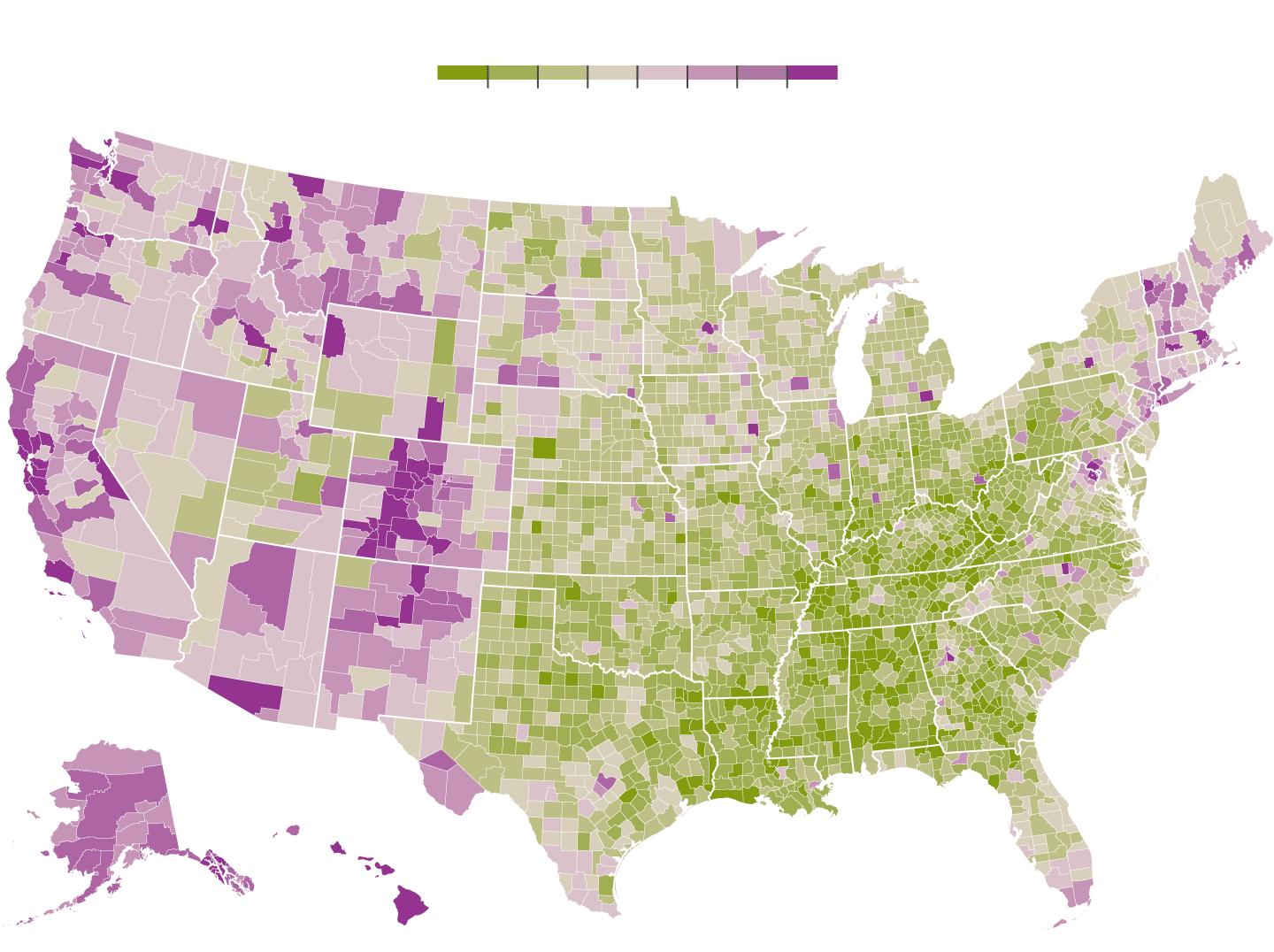 In the West, much of which has been affected by drought and wildfires, residents are more likely to talk about climate change. New England states, and not just the liberals of Massachusetts and Vermont, talk more about the climate, as well, along with coastal South Carolina, which lies in a path many hurricanes have taken.

But aside from Southeast Florida, which has put so much effort into making discussion of climate change a priority, much of the rest of the Atlantic Coast is less likely to engage in climate discussions, despite recent increases in tidal flooding.