From Curbed, by Lauren Ro, 13 Oct 2017.  Below this article is one on who drivers are stopping for and not.

A slew of innovative solutions for roadways has emerged this past year, from solar panel-paved roads to an artificial intelligence-powered program that automatically monitors road conditions.

Now another high-tech project can be added to that list. London-based Umbrellium, an urban technology firm, has developed the world’s first smart crosswalk, Starling Crossing, expressly for the smartphone age.

Standing in roughly for “Stigmergic Adaptive Responsive Learning,” Starling is a responsive road surface that reacts in real time to different traffic and pedestrian conditions by modifying the patterns, layout, configuration, and the size and orientation of pedestrian crossings in order to prioritize pedestrian safety.

The road, a full-scale prototype of which has been installed in South London, is made from LED-embedded plastic panels that display crossing markings, warnings, and other indications that are meant to direct and alert both drivers and pedestrians.

Cameras monitor the crosswalk at all times and feed the computer-controlled LEDs with data that in turn illuminates the crossing, according to the website:

Using a neural network framework, cameras track objects that are moving across the road surface, distinguishing between pedestrians, cyclists and vehicles, calculating their precise locations, trajectories and velocities and anticipating where they may move to in the next moment.

The Starling Crossing also takes into account the time of day. At night and during the early morning, when there are virtually no people on the road, the crosswalk may “disappear” altogether. On the other hand, during rush hour, for example, the image of the crosswalk may expand in width to accommodate more pedestrians. 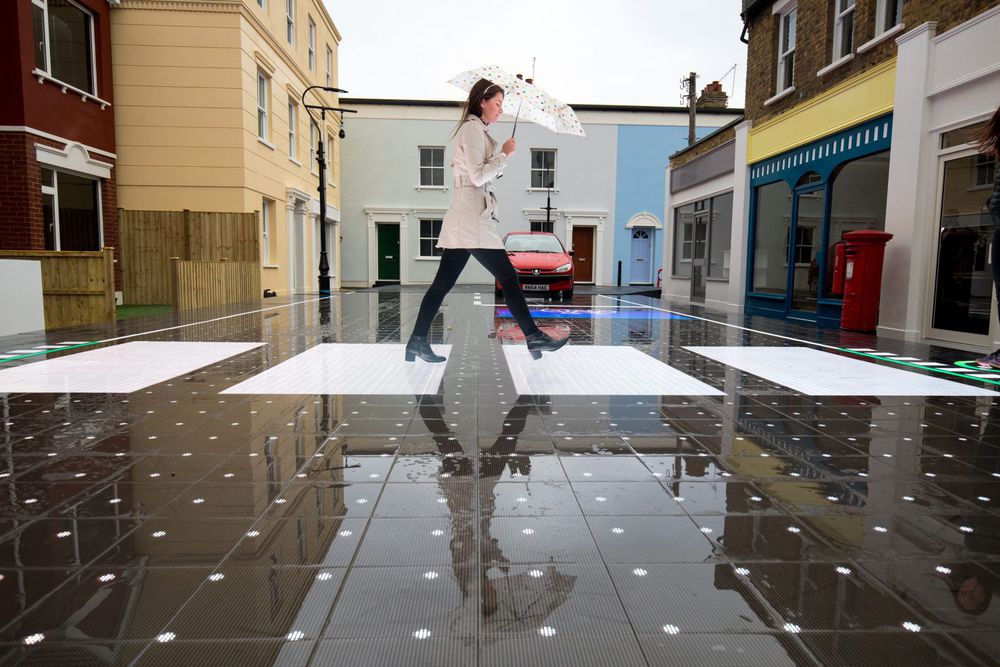 Starling also accounts for distracted pedestrians looking at their smartphones or children who may run out into the street unexpectedly. In those instances, a warning pattern lights up or otherwise creates a buffer zone around them to indicate to nearby drivers and cyclists of the their general trajectory.

Starling, then, puts people first, “enabling them to cross safely the way they want to cross, rather than one that tells them they can only cross in one place or a fixed way.” 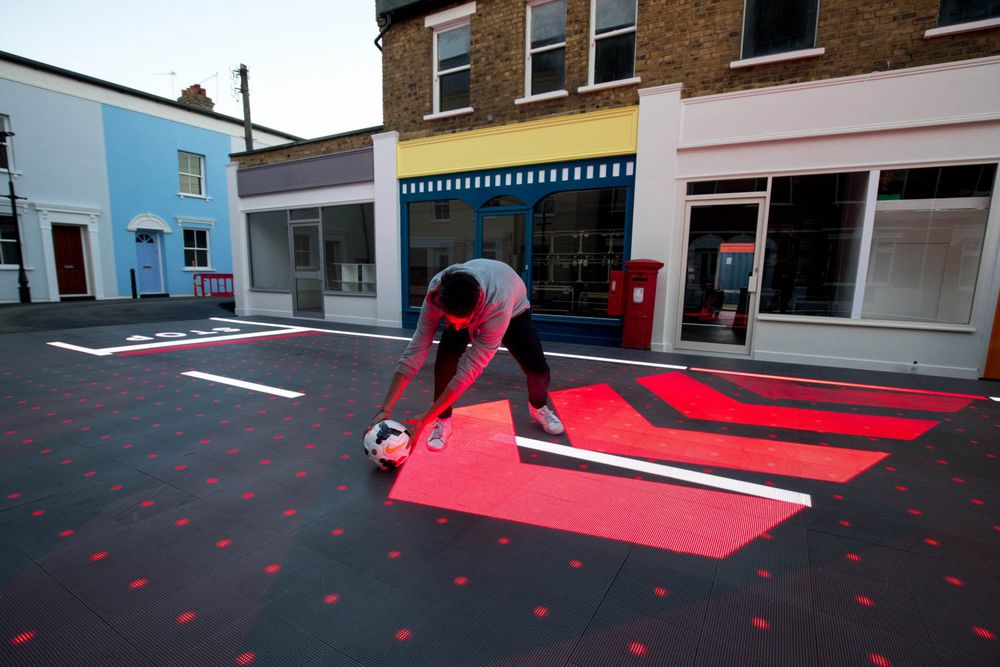 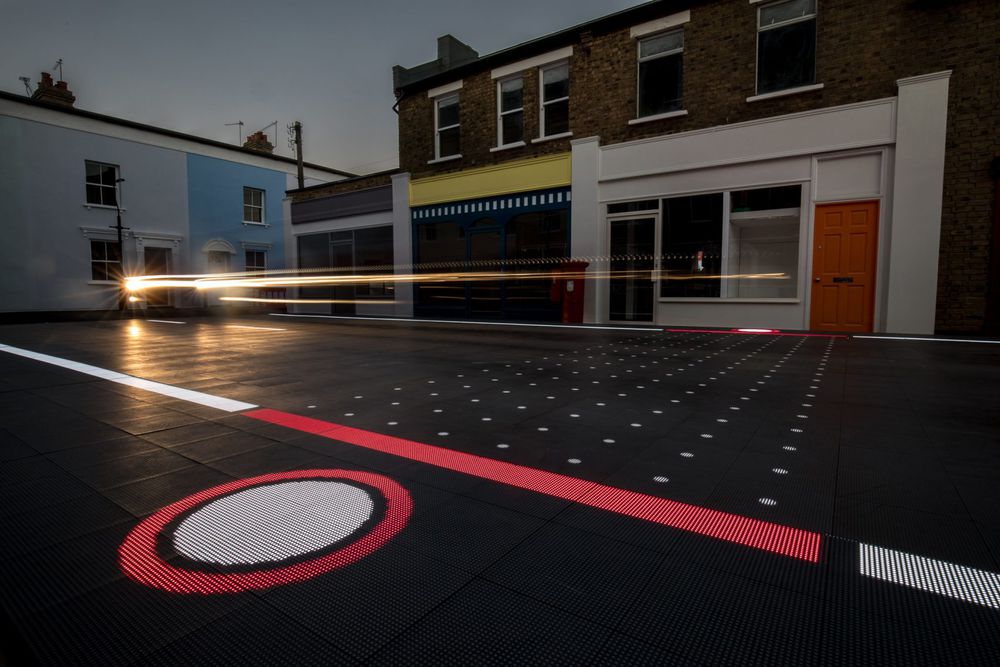 Portland Crosswalk Shows How Drivers Think (or Don’t) About Pedestrians 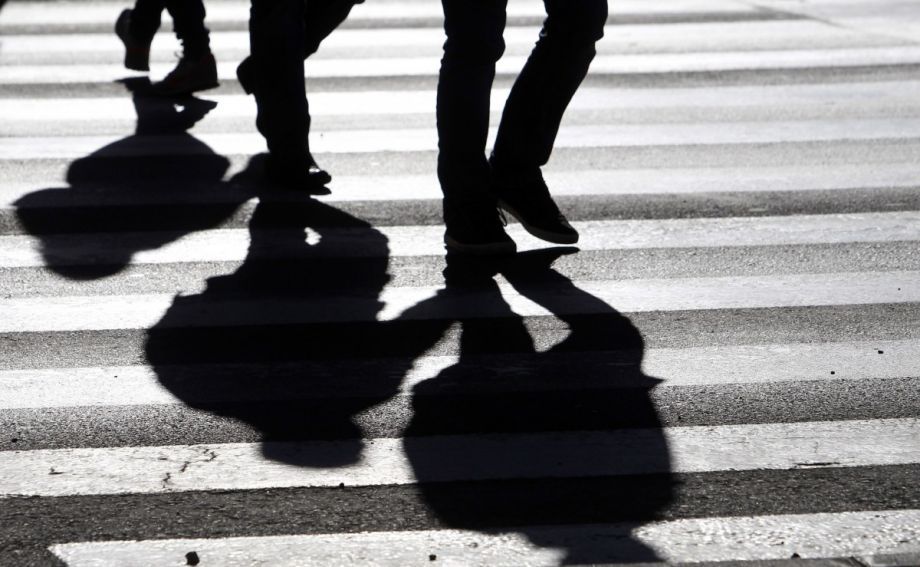 Researchers from Portland State University’s Transportation Research and Education Center (TREC) made headlines in 2014 when they found that “walking while black” can have dangerous consequences. The New York Times, Washington Post, Next Cityand others cited their research, which found that black male pedestrians were passed by twice as many cars and waited nearly a third longer to cross than white pedestrians at marked, but unsignalized crosswalks.

Crossing in marked crosswalks is safer than doing so in unmarked crossings (a 2008 National Highway Traffic Safety Administration report says that only about 9 percent of pedestrian fatalities occur in marked crosswalks). But that doesn’t mean they’re inherently safe. Pedestrians are still putting faith in drivers to stop and yield the right-of-way when they step out into the street. If the unconscious or semi-conscious biases of drivers impact their decision to yield, crossing the street is all the more dangerous for black men.

Now TREC has released the findings from a follow-up study. The researchers expanded their analysis to look at race and gender as well as marked crosswalks and unmarked crossings.

They conducted their study at an intersection in Portland that was getting a marked crosswalk installed. Doing so allowed them to test unmarked versus marked crosswalks without changes in other variables. They used test groups of pedestrians, both black and white, male and female, to see how drivers reacted.

They found that regardless of race or gender, drivers rarely yielded at unmarked crossings, even though Oregon law requires it even when there isn’t a painted crossing. According to the report briefing: “Only in about 18 percent of the trials did a car stop at all, and the first car stopped less than 3 percent of the time.”

The researchers also looked at where the driver stopped, using the crosswalk’s stopping bar at the edge of the intersection as their measuring stick: “With a black pedestrian, cars were more likely to stop after the stop bar, infringing on the pedestrian’s crossing space. With white pedestrians, the cars were leaving more of a buffer for the pedestrian to safely cross.”

“It’s not necessarily that drivers are consciously seeing pedestrians and saying, ‘I’m not going to stop for this group compared to another.’ Instead, the situation tends to reflect implicit or less conscious biases,” says lead researcher Kimberly Kahn of Portland State University.

In addition to furthering their thesis that racial bias impacts pedestrian safety, the researchers say their findings show a need for reducing the perceived discretion drivers have for yielding to people waiting to cross. When there is no crosswalk, drivers assume they have a choice of whether to yield or not — even when there’s a law saying otherwise. With a marked crosswalk in place, there is less perceived discretion.

The researchers conclude that flashing pedestrian signals may help further reduce perceived discretion and bias: “Installing signals like rectangular rapid flash beacons could aid by making drivers feel more compelled to stop for everyone, thereby reducing the effects of racial and gender biases on decisions to yield.”