Long before Americans heard about Russians using social media as part of a broader interference campaign in the 2016 US presidential elections, the Kremlin was trolling its own citizens.

For years, reports have surfaced of nondescript buildings in St. Petersburg and Moscow that teemed with trolls who produced blog posts, comments and memes designed to influence opinions, sow confusion and sway voters’ opinions.

Only the effort had little or nothing to do with the election of Donald Trump. It was born out of another controversial election. This time at home. 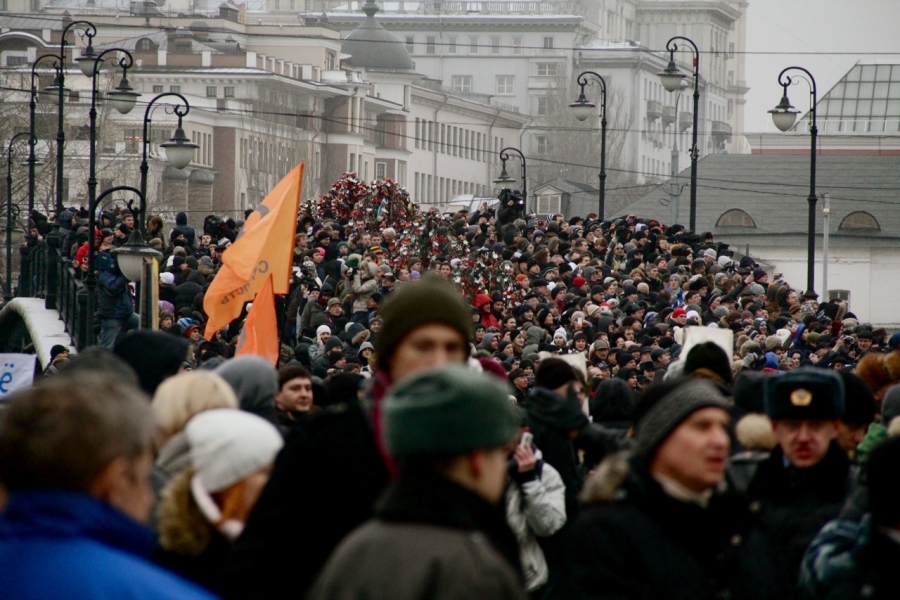 In December 2011, tens of thousands of Russians took to the streets, claiming the Kremlin had carried out mass fraud in the country’s parliamentary elections. As Russians shared evidence of ballot stuffing and called others to join the protests, state media stayed silent. The gulf in realities was glaring.

“The Kremlin decided they needed to make the online world and state television tell the same story,” says Vitaly Bespalov, a journalist whose own saga with the trolls began in 2014.

Bespalov, now 26, had graduated from journalism school in his native Siberia earlier that year and moved to St. Petersburg on the promise of a job with local news website. But the job fell through.

As a newcomer to St. Petersburg, Bespalov sent out resume after resume, looking for anything that involved editing or reporting.

The rejections piled up until the phone rang one day in September 2014. He was invited for an interview. Even better: The job paid double the going rate.

“I had no idea who it was,” Bespalov says. “They just called and told me to show up tomorrow at this address — Savushkina 55. And I didn’t understand what the job was or what the company was, but I said, ‘Sure, why not?’”

He did a quick check online — no businesses were registered to that address. But he headed over to Savushkina 55, a nondescript four-story business center with dark windows, for the meeting.

Everything about Savushkina 55 seemed odd. Security was heavy. Guards dressed in camouflage demanded his passport and his home address just to get in the building. And, as he negotiated his entry, a woman appeared in the lobby, yelling something about how she refused to be part of this.

“Everything about it was strange,” says Bespalov.

“From those articles alone, my political views were obvious. I still don’t understand why they took me,” he says. “But Anna came back with a smile and said, ‘Well, we don’t cover the kind of stories you do, but you know how to write.’”

He got the job. He was now an employee of the Internet Research Agency.

Inside the troll factory

On his first day on the job, Bespalov was assigned to cover the war in eastern Ukraine. Sort of. He was told to rewrite articles — 20 a day — for a handful of fake Ukrainian news websites. His task: To change the text in order to give articles the appearance of originality and a distinctly pro-Russian slant.

“We’d switch the word ‘annexation’ of Crimea for ‘reunification,’ or call the government in Kiev ‘a fascist junta’ while writing favorably about the separatist rebels in eastern Ukraine,” he says.

If there had been mere doubts before, Bespalov now knew for sure: He was in the epicenter of a propaganda machine.

With the realization came a dilemma, he says. “I could either leave right away, so as not to ruin my reputation as a journalist,” he says. “Or, I thought, I can stay and find out more and publish a big story about it somewhere.”

He paints a gloomy picture of troll life inside Savushkina 55. Teams worked rotating 12-hour shifts around the clock, seven days a week. Department heads monitored their work. Surveillance cameras were everywhere and conversation among employees was discouraged.

Most trolls, Bespalov says, cared or thought little about what they were doing.

“I know people who’ve been there for three years and never thought once what it was all about. They were there for the money,” he says.

But Bespalov sketches out a highly structured operation. There was a fake news division on one floor, and bloggers and social media commentators on another. There was also a graphics department, which built seemingly a endless number of picture memes called demotivators for everyone to use.

Related: A guide to Russian ‘demotivators’

Bespalov concludes the point of all this was to complete what he calls a “circle of lies” — a feedback loop where troll postings reinforced Kremlin news on state media, pushing one central idea: “Make Russia Great Again,” he says.

In contrast to 2011, the internet and state media had now merged into one.

“The work was directed at the Russian audience,” Bespalov says. “Even the fake Ukrainian sites weren’t there to change minds in Ukraine. The point was to remove Russians’ doubts about the war in Ukraine and about ourselves because we have a weak economy, because we have few political freedoms. And because Russia can’t launch a company like Apple or develop an innovative space program. But what we can do is create the appearance of a great country. Not make the country better, but create the impression we have.”

In the end, Bespalov spent three-and-a-half months at the Internet Research Agency. He says that once he felt he’d learned all he could, he quit. And he did publish his investigation — anonymously, out of fear for his safety.

In fact, Bespalov was threatened, he says, after others at the IRA began suspecting he was the source of the article.

But eventually, the threats faded — in part, he suspects, because it turns out he wasn’t the only journalist working undercover at the IRA. Other local media outlets had come out with their own investigations.

“By this point, everybody knew about it,” he says.

And the troll factory would have remained old news if not for one thing: the Internet Research Agency’s role in the 2016 US presidential elections.

Bespalov says he has little light to shed on that operation, other than that the IRA had started advertising for English-speaking positions around the time he left.

“We see that all the journalists who have written from inside the troll factory worked there back in 2014 or 2015,” he says. “That tells me that the system has gotten more cautious. Accidental types like me no longer can get work there.”

Nonetheless, Bespalov’s willingness to talk about his experiences have made him a go-to source for Western media covering the election scandal — and a punching bag for Russian state media.

After Russian journalist Vitaly Bespalov published an exposé on the Internet Research Agency, Russian state media responded with its own piece disparaging his claims along with mocking his lifestyle, tattoos and liberal political views.

Bespalov says in watching the tug of war unfold, he finds both sides often get the story wrong.

“In the US, they label me as ‘Vitaly Bespalov, former troll,’ not a journalist,” he says. “And from the Russian side, I’m a liar and traitor. A lot of my friends tell me, ‘Enough already. No more interviews. Have you lost your mind? Do you want to get killed? You’ve told your story and talking to more people about it won’t change anything.’”

Indeed, there are indications that the trolls are gearing up for another election — this time when Russians head to the polls on Sunday to elect their next president.

An account on Telegram by a user named “Kremelebot,” who claims to work in the Internet Research Agency’s Russian division, writes that employees have been tasked with boosting voter turnout — a widely acknowledged goal of Kremlin spin doctors eager to lend a veneer of legitimacy to an all-but-certain victory for Vladimir Putin. Requirements include sending selfies from polling stations to IRA managers as well as playing up the competitiveness of the race.

Could “Kremelebot” be housed in Savushkina 55?  Unlikely. Today, a giant “For Rent” sign hangs in the windows of Baspalov’s old office.

The Internet Research Agency had moved on.