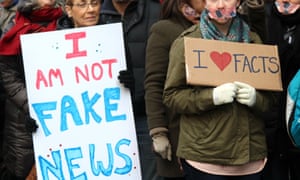 There’s a debate between social scientists about whether climate change facts can change peoples’ minds or just polarize them further. For example, conservatives who are more scientifically literate are less worried about global warming. In essence, education arms them with the tools to more easily reject evidence and information that conflicts with their ideological beliefs. This has been called the “smart idiot” effect and it isn’t limited to climate change; it’s also something we’re seeing with the Republican tax plan.

However, other research has shown that conservatives with higher climate-specific knowledge are more likely to accept climate change – a result that holds in many different countries. For example, when people understand how the greenhouse effect works, across the political spectrum they’re more likely to accept human-caused global warming.

Social scientists have also debated whether communicating the 97% expert consensus on human-caused global warming moves the needle in a positive or negative direction. Previous research led by Stephan Lewandowsky has shown that informing people about the expert consensus increases acceptance of human-caused global warming. However, Yale social scientist Dan Kahan has remained unconvinced and continues to argue that 97% consensus messaging is polarizing and therefore counter-productive.

To test which side is correct, social scientists Sander van der Linden, Anthony Leiserowitz, and Edward Maibach conducted a survey of over 6,000 nationally-representative Americans, of which 934 were conservatives with at least a college degree. This is the group for which facts should hypothetically be most polarizing, because they have the tools to most easily find ways to reject those facts and an ideological bias against accepting climate science.

On Monday the authors published their first paper using this data in Nature Human Behavior. In that study, they specifically examined whether informing these high-education conservatives (and liberals) that “97% of climate scientists have concluded that human-caused global warming is happening” would increase their perception of the consensus, or if it would backfire, causing polarization and further rejection of the consensus among conservatives.

Notably, not only did highly-educated conservatives respond positively by generally accepting the facts and adjusting their views accordingly, but the ideological gap on this question shrunk in half. It’s a clear example that facts aren’t necessarily polarizing.

In response to this study, Kahan pointed out that it only addressed perceived consensus and not acceptance of human-caused global warming or support for climate policy.

However, the authors have just published a second paper in the Journal of Science Communication that responds to Kahan’s critiques by including the data addressing those questions. It shows that consensus messaging increased acceptance of human-caused global warming by about 5%, both for the participants as a whole and specifically for college-educated conservatives. Similarly, support for climate policy rose by about 2% across the political spectrum.

These numbers might sound small, but on their 7-point scale (4 being neutral), support for climate policy rose from 5.48 to 5.59 on average, and from 4.89 to 4.99 among college-educated conservatives. In other words, though it may not be considered a high priority, support for climate policy is already there, and informing people about the 97% expert consensus moved the needle a bit further in the positive direction. And as Kahan said in 2003,

Individual opinions influence political outcomes through aggregation. Even a modest amount of variation in opinion across individuals will profoundly influence collective deliberations

Indeed public awareness of the expert consensus and reality of human-caused global warming has been on the rise, as research by Larry Hamilton has shown.

A recent Gallup poll also found American concern about climate change at an all-time high. But lack of public support isn’t the problem. For example, 62% of Trump voters support carbon pollution taxes and/or regulations. And of course while there is tremendous public support for many gun control policies, Republicans in Congress refuse to vote for those policies. Sadly, the party is now morally and intellectually bankrupt, completely controlled by special interests and indifferent to the opinions of their constituents.

To summarize, most Americans are aware that humans are causing global warming, and across the political spectrum they support climate policies. Communicating facts isn’t necessarily polarizing; in fact certain information like the existence of the 97% expert climate consensus actually decreases polarization and increases acceptance of climate science and policies. That’s all important and good news, but until the fossil fuel industry no longer controls the political party in power, America won’t be able to implement national climate policies.