The rise of so many right-wing nationalist movements around the world—Brexit, Donald Trump, the neo-Nazis in Charlottesville, Virginia, anti-immigrant protests throughout Europe—have their own distinctive origins and contexts, to be sure. But in the aggregate, they are evidence of the dwindling options for credible change that capitalist political cultures are willing to consider. This naturally provokes the question: Why are the more wholesome alternative visions so scarce and scarcely believable?

Political elites and their corporate brethren are running out of ideas for how to reconcile the deep contradictions of “democratic capitalism” as it now exists. Even social democrats and liberals, the traditional foes of free-market dogma, seem locked into an archaic worldview and set of political strategies that makes their advocacy sound tinny. Their familiar progress-narrative—that economic growth, augmented by government interventions and redistribution, can in fact work and make society more stable and fair—is no longer persuasive.

Below, I argue that the commons paradigm offers a refreshing and practical lens for re-imagining politics, governance and law. The commons, briefly put, is about self-organized social systems for managing shared wealth. Far from a “tragedy,” the commons as a system for mutualizing responsibilities and benefits is highly generative. It can be seen in the successful self-management of forests, farmland, and water, and in open source software communities, open-access scholarly journals, and “cosmo-local” design and manufacturing systems.

The 2008 financial crisis drew back the curtain on many consensus myths that have kept the neoliberal capitalist narrative afloat. It turns out that growth is not something that is widely or equitably shared. A rising tide does not raise all boats because the poor, working class, and even the middle class do not share much of the productivity gains, tax breaks, or equity appreciation that the wealthy enjoy. The intensifying concentration of wealth is creating a new global plutocracy, whose members are using their fortunes to dominate and corrupt democratic processes while insulating themselves from the ills afflicting everyone else. No wonder the market/state system and the idea of liberal democracy is experiencing a legitimacy crisis.

Given this general critique, I believe that the most urgent challenge of our times is to develop a new socio-political imaginary that goes beyond those now on offer from the left or right. We need to imagine new sorts of governance and provisioning arrangements that can transform, tame, or replace predatory markets and capitalism. Over the past 50 years, the regulatory state has failed to abate the relentless flood of anti-ecological, anti-consumer, anti-social “externalities” generated by capitalism, largely because the power of capital has eclipsed that of the nation-state and citizen sovereignty. Yet the traditional left continues to believe, mistakenly, that a warmed-over Keynesianism, wealth-redistribution, and social programs are politically achievable and likely to be effective.

The 2008 financial crisis drew back the curtain on many consensus myths that have kept the neoliberal capitalist narrative afloat.

Cultural critic Douglas Rushkoff has said, “I’ve given up on fixing the economy.  The economy is not broken.  It’s simply unjust.” In other words, the economy is working more or less as its capitalist overseers intend it to work. Citizens often despair because struggle for change within conventional democratic politics is often futile—and not just because democratic processes are corrupted.  State bureaucracies and even competitive markets are structurally incapable of addressing many problems. The limits of what The System can deliver—on climate change, inequality, infrastructure, democratic accountability—are on vivid display every day. As distrust in the state grows, a very pertinent question is where political sovereignty and legitimacy will migrate in the future.

The fundamental problem in developing a new vision, however, is that old ideological debates continue to dominate public discourse. Politics is endlessly rehashing many of the same disagreements, failing to recognize that deep structural change is needed. There is precious little room for new ideas and projects to incubate and grow. New visions must have space to breathe and evolve their own sovereign logic and ethics if they are to escape the dead end of incremental/meliorist reformism.

As I explained in a recent piece for The Nation magazine insurgent narratives and projects are actually quite plentiful. Movements focused on climate justice, co-operatives, transition towns, local food systems, alternative finance, digital currencies, peer production, open design and manufacturing, among others, are pioneering new post-capitalist models of peer governance and provisioning. While fragmented and diverse, these movements tend to emphasize common themes: production and consumption to meet household needs, not profit; bottom-up decision making; and stewardship of shared wealth for the long term. These values all lie at the heart of the commons. 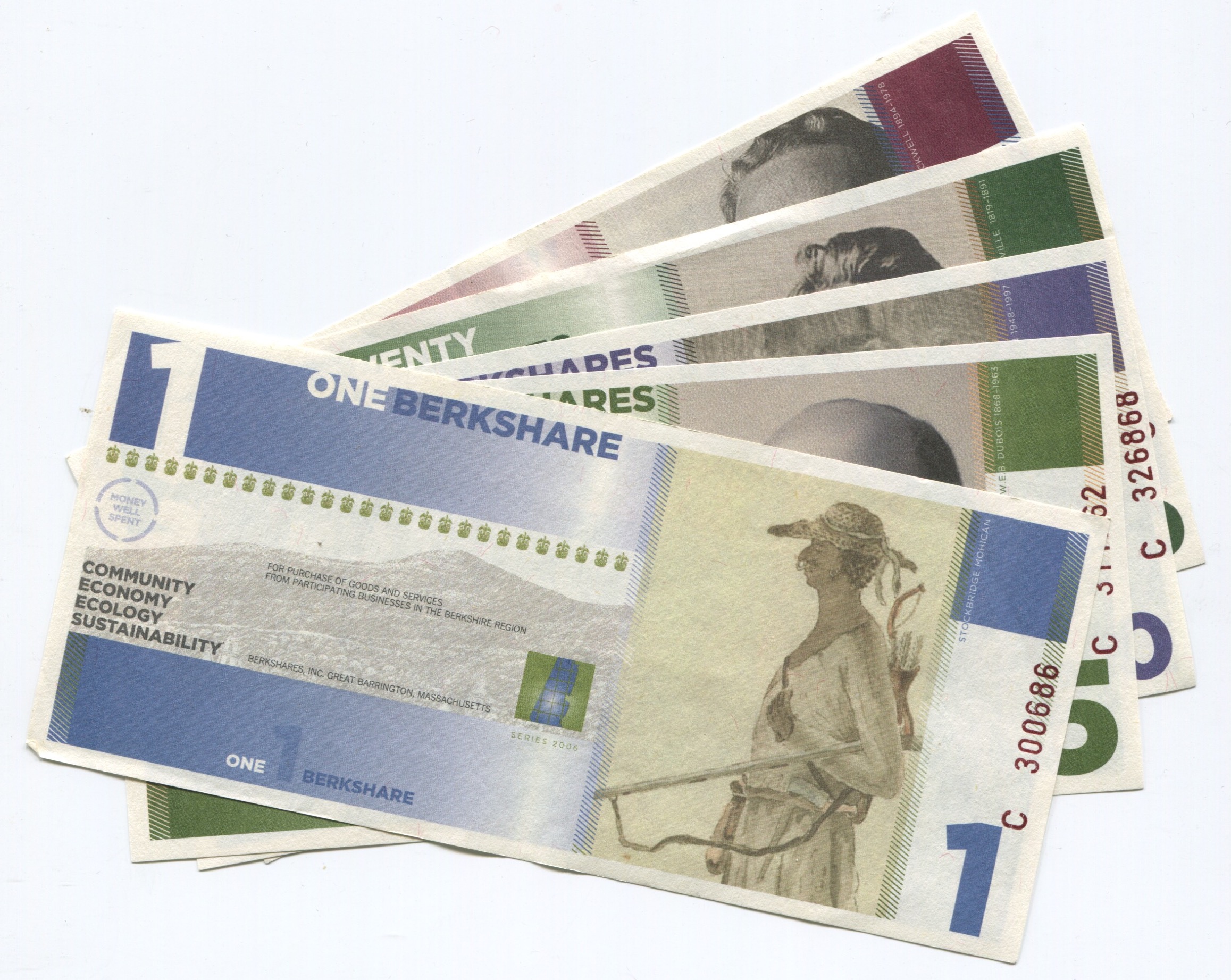 For now, these movements tend to work on the cultural fringe, more or less ignored by the mainstream media and political parties. But that is precisely what has allowed them to evolve with integrity and substance. Only here, on the periphery, have these movements been able to escape the stodgy prejudices and self-serving institutional priorities of political parties, government agencies, the commercial media, philanthropy, academia, and the entrenched nonprofit-industrial complex.

Why is the public imagination for transformation change so stunted? In part because most established institutions are more focused on managing their brand reputations and organizational franchises. Taking risks and developing bold new initiatives and ideas are not what they generally do. Meanwhile, system-change movements are generally dismissed as too small-scale, trivial or apolitical to matter. They also fade into the shadows because they tend to rely on Internet-based networks to build new sorts of power, affordances (structural capacities for individual agency), and moral authority that mainstream players don’t understand or respect. Examples include the rise of the peasant farmers’ group La Via Campesina, transnational collaboration among indigenous peoples, platform co-operatives that foster sharing alternatives to Uber and Airbnb, and the System for Rice Intensification (a kind of open source agriculture developed by farmers themselves).

Rather than try to manage themselves as hierarchical organizations with proprietary franchises, reputations, and overhead to sustain, activists see themselves as part of social movements working as flexible players in open, fluid environments. Their network-driven activism enables them to more efficiently self-organize and coordinate activities, attract self-selected participants with talent, and implement fast cycles of creative iteration.

System-change movements tend to eschew the conventional policy and political process, and instead seek change through self-organized emergence. In ecological terms, they are using open digital networks to try to create “catchment areas,” a landscape in which numerous flows converge (water, vegetation, soil, organisms, etc.) to give rise to an interdependent, self-replenishing zone of lively energy. As two students of complexity theory and social movements, Margaret Wheatley and Deborah Frieze write:

When separate, local efforts connect with each other as networks, then strengthen as communities of practice, suddenly and surprisingly a new system emerges at a greater level of scale. This system of influence possesses qualities and capacities that were unknown in the individuals. It isn’t that they were hidden; they simply don’t exist until the system emerges. They are properties of the system, not the individual, but once there, individuals possess them. And the system that emerges always possesses greater power and influence than is possible through planned, incremental change. Emergence is how life creates radical change and takes things to scale.

The old guard of electoral politics and standard economics has trouble comprehending the principle of emergence, let alone recognizing the need for innovative policy structures that could leverage and focus that dynamic power. It has consistently underestimated the bottom-up innovation enabled by open source software; the speed and reliability of Wikipedia-style coordination and knowledge-aggregation, and the power of social media in catalyzing viral self-organization such as the Occupy movement, the Indignados and Podemos in Spain, the Jasmine Revolution in Tunisia, and Syriza in Greece. Conventional schools of economics, politics and power do not comprehend the generative capacities of decentralized, self-organized networks. They apply obsolete categories of institutional control and political analysis, as if trying to understand the ramifications of automobiles through the language of “horseless carriages.”

Instead of clinging to the old left/right spectrum of political ideology—which reflects the centrality of “the market” and “the state” in organizing society—we need to entertain new narratives that allow us to imagine new drivers of governance, production and culture. In my personal work, I see the enormous potential of the commons as farmers and fisherpeople, urban citizens and Internet users, try to reclaim shared resources that have been seized to feed the capitalist machine—and to devise their own governance alternatives. In this, the commons is at once a paradigm, a discourse, a set of social practices, and an ethic.

Over the past five years or more, the commons has served as a kind of overarching meta-narrative for diverse movements to challenge the marketization and transactionalization of everything, the dispossession and privatization of resources, and the corruption of democracy. The commons has also provided a language and ethic for thinking and acting like a commoner—collaborative, socially minded, embedded in nature, concerned with stewardship and long-term, respectful of the pluriverse that makes up our planet.

If we are serious about effecting system change, we need to start by emancipating ourselves from some backward-looking concepts and vocabularies. We need to instigate new post-capitalist ways of talking about the provisioning models and peer governance now emerging. Influencing unfolding realities may be less about electing different leaders and policies than about learning how to change ourselves, orchestrate a new shared intentionality, and hoist up new narratives about the commons.