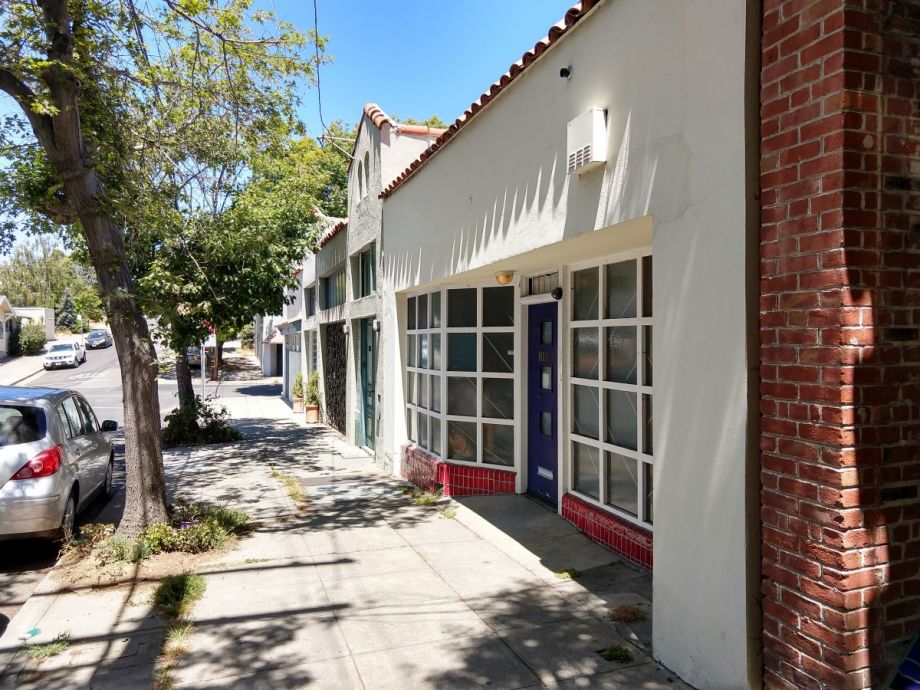 In 2014, as she approached four decades of being a landlord, then 70-year-old east Oakland resident Dixi Carrillo decided to sell her rental property next to her home. Carrillo, a retired landscape photographer, was devoted to maintaining the 8,000-square-foot building where 10 musicians, painters and other artists have live-work space, but she wanted more time to pursue her own art.

Carrillo had always charged her tenants low rents, and she didn’t want to see them evicted by a profit-seeking landlord. “When my husband and I bought the property in the first place, it wasn’t really about making an investment. It had to do with wanting a community of like-minded people,” Carrillo says.

When a developer with a subpar reputation as a property manager offered her $1.4 million in 2015 for the seven-unit parcel at 812 East 24th Street, she refused.

“He was going to tear out the walls of the individual units and make it his office,” says Carrillo of the prospective buyer. “It really would have displaced everybody. I’m still living here, so I care about what and who I live next door to.”

Carrillo eventually found a solution: This year, she sold the building to the Oakland Community Land Trust (OakCLT). The sale marks yet another coup for the nonprofit land holder, whose work protects some of the city’s lowest-income tenants from probable displacement by purchasing properties that are under threat of becoming market-rate rentals. (OakCLT estimates the median market rent of apartments in 5-plus-unit buildings in Oakland to be $2,731 a month.)

The $1.1 million acquisition of 812 East 24th Street is just one of a dozen purchases OakCLT has made so far this year.

“As people move out and units turn over, the vacant units must be made available to low-income households,” says Steve King, OakCLT’s executive director. “It is certainly a victory for preserving community-serving space in Oakland.”

OakCLT has acquired eight vacant lots to be converted into urban gardens and permanently affordable homes, and 18 single-family houses that were rehabilitated and sold to low-income households. The land trust also helped worker-owner collective Hasta Muerte Coffee, a community hub, stay in its two-story building, and bought a mixed-use building housing low-budget social justice organizations in east Oakland. Over the years, it has partnered with local organizations including the Youth Employment Partnership and the Alliance of Californians for Community Empowerment Action to offer job training, food education, and other programs, and to keep homes affordable.

“It was really just this recognition that there were thousands of foreclosed homes, and a sense that this land trust could be a vehicle for bringing them back into community control,” says King. “The alternative would be just this incredible loss of community wealth, particularly among communities of color in the city.”

For its first eight years, OakCLT had only one staffer, which, according to King, is fairly common for community land trusts across the United States.

“Despite all this resurgent interest in the operating model, there has really never been a concerted effort to help scale [up] community land trusts,” he says. “So they have really struggled on their own around the country to do the work with very limited resources.”

Yet since January, OakCLT has made notable strides toward expansion. It has increased its full-time staff from one to three people, who have helped build up the trust’s portfolio of properties from 21 to 32, and it now boasts an annual operating budget of $400,000.

A $2 million anonymous donation in 2015 was a big boost. The land trust typically finances 10 to 20 percent of the acquisition costs for each new property. Funds for OakCLT’s projects come from smaller individual donations, city loans and foundation grants too.

All OakCLT-owned properties are preserved in perpetuity for community-centered uses. The land trust’s goal is to transfer ownership of buildings, including the one at 812 East 24th Street, to residential and commercial tenants. This would be done through the creation of a nonprofit entity called a Limited Equity Housing Cooperative, with each occupant having a share in the cooperative and being guaranteed the right to stay there, notes King.

“In every project, it has been an emerging feature that tenants and residents would like to share in the ownership of the property,” says King. “In that instance, the land would be owned by the land trust, the co-op would own the building, and each household would be a member of the co-op.”

While OakCLT has scored some notable victories in affordable housing and land preservation in Oakland, the community land trust has “barely scratched the surface” in combating tenant displacement throughout the city, King says.

“Certainly we have had a significant impact for the folks we’ve already worked with, but in terms of us [broadly] impacting the ownership and control of land in Oakland,” he says, “we have a long way to go.”

Aline Reynolds is a New York-based journalist and urban planner. As a staff editor and reporter, she has chronicled the post-9/11 revitalization of Lower Manhattan, including the rebuilding of the World Trade Center. Her work has appeared in the American Planning Association’s Planning Magazine, Agence-France Presse, and Newsday.