It already has more electric cars than any other country in the world and also has shipping projects underway. Avinor, the public operator of Norway’s airports, has said that all of Norway’s short-haul airliners should be 100% electric by 2040, in a bid to be the “first in the world” to switch to electric air transport. “We think that all flights lasting up to 1.5 hours can be flown by aircraft that are entirely electric”, its chief executive Dag Falk-Petersen, told AFP. Last year, energy think tank Energi Norge said it was possible for Norway to become the first country powered by 100 per cent clean electricity. The Guardian and the Independent also carry the story. Staff, Agence France-Presse, Wed 17 Jan 2018

All of Norway’s short-haul airliners should be entirely electric by 2040, the country’s airport operator said on Wednesday, cementing the Nordic nation’s role as a pioneer in the field of electric transport.

Avinor, the public operator of Norwegian airports, “aims to be the first in the world” to make the switch to electric air transport, chief executive Dag Falk-Petersen said.

“We think that all flights lasting up to 1.5 hours can be flown by aircraft that are entirely electric,” he said, noting that would cover all domestic flights and those to neighbouring Scandinavian capitals.

In the near future, Avinor plans to launch a tender offer to test a commercial route flown with a small electric plane with 19 seats, starting in 2025.

Norway, the largest oil and gas producer in western Europe, is paradoxically a leader in the field of electric transport.

By market share, it has more electric cars on the road than any other country in the world – electric and hybrid vehicles represented more than half of new car registrations in 2017 – and also has several projects underway for electric vessels.

“When we will have reached our goal, air travel will no longer be a problem for the climate, it will be a solution,” Falk-Petersen said.

According to official statistics, air transport accounts for 2.4% of Norwegian greenhouse gas emissions for domestic traffic, and more than double that when international routes are included.

But before reaching that point, Avinor said it would need to use intermediary technologies, such as biofuels and hybrid fuel-electric solutions.

Boeing and Airbus are currently exploring the viability of electric aircraft.

After abandoning a project for 100% electric planes last year, Airbus decided to refocus its efforts on developing a hybrid model, signing a partnership with British engine maker Rolls Royce and German industrial group Siemens. The first flight is planned for 2020.

Zunum Aero, a start-up partly financed by US aeronautics group Boeing, plans to bring a hybrid plane to the market by 2022. 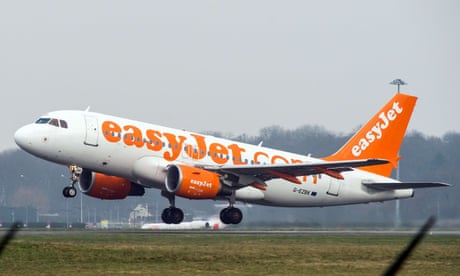 EasyJet says it could be flying electric planes within a decade