IN THE WORLD of electric vehicles, Tesla gets most of the love. Over 100,000 of Elon Musk’s big, bad autos are zooming around the world, gasoline-free. But how many of those can claim to take an additional 40-odd cars off the road—each?

That’s the promise of the Catalyst E2 Series, a new electricbus debuting today that’s aimed squarely at city public transit.  The bus from Proterra, a leading North American manufacturer, is set to hit the streets next year. Musk’s top of the line Model S gets 315 miles per charge. Proterra’s newest? Up to 350 miles on city streets—enough, in many places, for a full day’s worth of routes. Last month, this Goliath logged 600 miles on a Michelin track on one juice.

Personal electric cars are great, but larger vehicles like buses and trucks (at least those that operate in cities) are arguably better. Public buses, in particular, are perfect candidates for electrification. They drive predictable routes, so don’t need a sprawling charging infrastructure. Long charge times (three to five hours for the E2) don’t matter, since they’re usually parked overnight.

Electric buses save money on fuel and maintenance, and some cities qualify for pro-electrification local and federal subsidies. That takes the sting out of the Catalyst E2 Series’ $799,000 base price. (A conventional diesel bus can go for as low as $300,000.)

The secret to the new Proterra bus’s longevity is its twin mattress-sized battery pack, says Matt Horton, the company’s VP for sales. It can store up to 660 kWh, helpful when motoring a 27,000-pound, 40-foot bus. Compare that to the relatively mini batteries behind your favorite electric passenger car: 60 kWh in the Chevy Bolt, and 100 kWh in the largest Tesla Model S. (It helps that the Catalyst E2 has a lighter body than your average city steed.)

Lightweight materials help on range. So does the Prius-styleregenerative braking system, which can help re-capture up to 92 percent of the bus’s kinetic energy. This is the only thing that current bus drivers will have to relearn, says Horton: No more brake-stomping. Oh, without the roaring engine, they’ll be hearing a lot more of their passengers’ inane conversations.

A few cities have already hopped on board: Foothill Transit, which operates near Los Angeles, will get its E2 Catalysts on the road in 2017. Philadelphia already has older Proterra models on the road, and others have purchased e-buses from its competitors. According to the American Public Transit Association, nearly half of the country’s public buses are hybrids or run on alternative fuels.

That’s great, but these things won’t completely transform the city scape. While transportation accounts for 26 percent of American greenhouse gas emissions, buses are just four percent of that. Plus, a “clean” bus is really only as pristine as its energy source. If a city is getting all its electricity from burning coal, an electric bus ain’t so great. 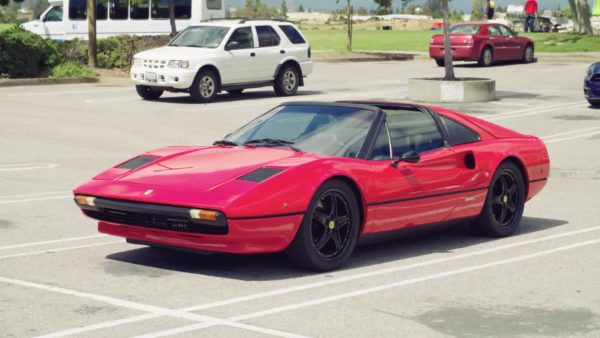 We Drive an All-Electric Ferrari, the Car that Shouldn’t Exist

Still, the eco-conscious have a right to be excited about heavy electric vehicles. Electric buses send to a signal to the community about the place where they live. They’re “something people will experience every day and that may well affect their appreciation and personal commitment to greening,” says John Woodrooffe, a clean vehicle and transportation researcher with the University of Michigan Transportation Research Institute.

The battery advances on the new Proterra might even trickle down to bigger-time polluters like trucks. That could hold everyone over until Elon gets around to making those big-rigs and buses he says he’s working on.