Three years ago, in New Castle, Pennsylvania, District Attorney Joshua Lamancusa was at a hearing for a 29-year-old who’d been falling behind on his court bills. If he kept missing the payments he risked ending up in jail, so Lamancusa asked him what was going on.

“He said he couldn’t get a job. And I asked him, ‘Have you applied?’ And he said he’d applied to 28 different places and was denied employment from all 28 because he had a felony conviction,” Lamancusa remembers.

Doubting the man’s story, Lamancusa asked him to provide copies of all the applications he’d submitted to no avail. If he could do that, Lamancusa would try to persuade the judge to be lenient.

When the man returned with the 28 applications in a fat stack, Lamancusa was taken aback. “Every one had been denied because he had been convicted of a felony 10 years ago for a drug charge,” he says. “At that point, I realized we needed to do something about this.”

So in May 2014, Lamancusa stepped outside the sphere of typical DA duties and requested a grant from a local community foundation for a job program he named “Jail-to-Jobs.” The goal: Put 100 citizens returning from prison into the workforce by the following year.

The program is now nearing the end of its third year, and Lamancusa says it’s put a little over 260 people into full-time jobs with local employers, with nearly two-thirds of those finding work in New Castle. (About 50 miles outside of Pittsburgh, New Castle is the most populous city and seat of Lawrence County.)

“We drafted [the program] ourselves,” says Lamancusa. “District attorneys don’t usually engage in this, but it just was a need we had in our community.”

In 2013, Pennsylvania as a whole reported a three-year recidivism rate of 60 percent. But research like this 2016 study by Harvard law professor Crystal S. Yang suggests that counties with ample work opportunities for returning citizens produce the lowest rates of recidivism.

That’s what Lamancusa recognized when he saw that stack of rejected applications. “If someone had an opportunity to make a living, to put food on the table, then they wouldn’t have to turn back to the streets,” he says.

Jail-to-Jobs partners with regional businesses, running the gamut from pizza places to construction contractors to regional corporations, to build up these career pipelines. “Some of the people who come into our program, they’ve never worked. They’ll be 30 years old, and they’ll never have held a job,” he says. The approach there is to start them off in a minimum wage role — working a cash register or landscaping for the county — and then have them work for six or seven months until they build up just enough experience to compete for a higher-paying gig.

Its one annual grant of $50,000 just covers a salary for a head coordinator, the one and only employee, but Jail-to-Jobs plans to expand its employer base again this year. A bond policy for employers that hire ex-inmates helps to encourage more participants. In Pennsylvania, businesses can get up to $5,000 in insurance from the federal government if they hire an employee considered “high risk” or returning from prison. It’s a light guarantee that’s intended to “protect from loss of money or property due to employee dishonesty.”

That, plus the fact that workers are vouched for by the highest level of law enforcement in the county, have helped entice more than 40 employers into welcoming job seekers through the DA’s flagship (and only) jobs program.

Lamancusa says traditional job training programs and district attorneys nationwide could look to what they’ve done because it’s a sign of what can come when government offices step outside their bureaucratic comfort zones for the good of the community.

“It’s great because it’s putting people back [in society], helping the local tax base, helping our local community in that [ex-inmates aren’t] at risk to commit additional crimes,” he says. “We’re not going to arrest our way out of this problem. We have to make sure we’re allocating resources to the other end of the spectrum.”

The Equity Factor is made possible with the support of the Surdna Foundation.

Johnny Magdaleno is a journalist, writer and photographer. His writing and photographs have been published by The Guardian, Al Jazeera, NPR, Newsweek, VICE News, the Huffington Post, the Christian Science Monitor and others. He was the 2016-2017 equitable cities fellow at Next City. 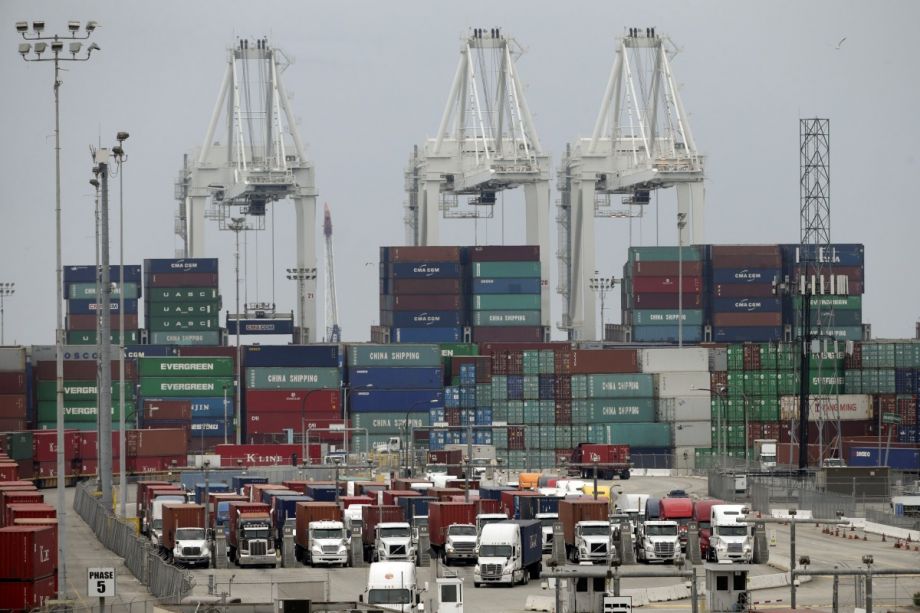 In his late 40s, Stephan Garcia decided he wanted to change his life. “It gets to a point where a person realizes, ‘Hey, you’re either going to perish out here on these streets, going through those problems, or you’re going to have to make a change in your life,’” the U.S. military veteran, now 55, says. “And I decided to look in areas where I can earn a living for myself.” RELATED STORIES

Garcia, who had been incarcerated and also once had a drug problem, lived in an apartment in Inglewood, California, thanks to U.S. Vets. The nonprofit provides housing and employment assistance, among other services, to veterans. At a jobs seminar, Garcia learned about the state of California’s labor market information website. In his research, he found that trucking was an industry that needed workers.

Over the last 15 years, the trucking industry has had a driver shortage, according to a 2015 analysis by American Trucking Associations. The study notes that the shortage is primarily in the for-hire truckload sector, which involves dock-to-dock transportation of full loads. Still, there is a widespread need for drivers.

Garcia enrolled at a private trucking school, but after finishing his training, he had a hard time landing a job. He applied and got calls for interviews that took him to Arizona, Texas and Riverside, California. Those trips didn’t result in job offers because of his criminal record. (The trucking industry recently has begun to open up more to hiring formerly incarcerated people, in an effort to combat the driver shortage.)

Then in late 2016, Garcia learned about a Long Beach City College offering that might help him finally land a job: a 14-week commercial truck driving program that focuses on drayage, or transporting goods short distances (for example, from a ship to a warehouse). Students get an introduction to commercial trucking and learn about everything from owner-operator entrepreneurship and clean truck operator maintenance to hazardous materials certification and commercial driver training and licensing. The program doesn’t cover wage theft or similar challenges of being a contract driver in the Los Angeles and Long Beach port systems, but a fair wage advocacy group launched a national hotlinewhere drivers can report wage theft violations in 2016. (It doesn’t get into the future of driverless vehicles either. Melissa Infusino, LBCC director of workforce development, says that industry people she’s spoken with about this technological advancement don’t believe it will affect drayage trucking in the near future.)

Most importantly, for Garcia, LBCC offers the program in partnership with the state of California and the Harbor Trucking Association, a Long Beach-headquartered coalition of carriers.

“We’re also then bringing in industry into the classroom to speak to them about their companies, taking them on tours of the industry, and then helping to make the connection through job fairs so that they can actually get hired as a driver,” says Infusino.

Garcia completed the LBCC program in May and has been working as a driver since two days before his graduation. He says that his confidence improved in the LBCC program compared to his previous trucking school experience.

“If a company can get a Long Beach City College graduate, they’ve definitely scored,” Garcia says. “I’ve heard of only one other program that was more comprehensive and that was a six-month program.”

LBCC’s 24th commercial driving class is currently in session and will graduate in October. Over 180 people have completed the program, including 19 women and 35 veterans. Of those, 63.9 percent have been placed in jobs. The median hourly wage for heavy and tractor-trailer truck drivers in California is $19.87, or $41,340 annually, according to the Bureau of Labor Statistics. Drivers who operate in ports are specialists and can earn up to $57,528 annually, according to 2014 data from the California EDD Labor Market Information Division.

“We screen folks with industry. We look at their driver history. They have to provide us with a drug screen. We interview them,” says Infusino. “We look for people that are interested in a career as opposed to a job or just jumping from training to training.” (According to LBCC, 19 percent of its students enroll with the goal of gaining vocational skills.)

Scott Horn, 49, was in one of the first cohorts, in early 2014. Horn, who worked as a lumper, a worker who unloads and loads trucks, before enrolling, says the LBCC program changed his life.

“My teacher always told me in school, I would never get paid to stare out a window. And I’m staring out my windshield all day long,” he says. “And I’m getting paid.”

When Horn was in the program, it was free to students, with the help of a $440,000 grant from the California Community College Chancellor’s Office and $450,000 from the trucking industry, in a two-year pilot phase. In 2013, the college also received a grant from the U.S. Department of Transportation’s Federal Motor Carrier Safety Administration geared toward training veterans to become truck drivers.

The grant funding will run out in February 2018. Starting this calendar year, students have had to pay a fee, which increased from $500 in January to $1,500 for the most recent cohort.

“If we do continue down this path, the cost would probably go up to about $4,500 a student,” Infusino says. “So that’s the transition that we’re making over the next year, continuing into 2018.”

Garcia says he wouldn’t have been able to pay for the program himself if it cost $4,500, without financial assistance from an organization like U.S. Vets.

Making the program accessible is a priority, Infusino says, and LBCC is hoping to create a hybrid student-partner pay model to make the program sustainable without reliance on grants. The college’s workforce development department is going through the process of getting the CDL program on an authorized training provider list in the state of California, which would allow a public agency like the Pacific Gateway Workforce Investment Network to use its funds to cover program costs for people who are eligible for their services.

LBCC is building on the initial success of the commercial driving program by looking for other ways to train Southern California residents for well-paying jobs. The college has two other training programs that started recently and are free for participants: a pre-apprenticeship construction program and another in heavy duty preventive maintenance and alternative fuels.

When Ruth Long, 55, learned about the construction program, which prepares students for apprenticeships with unions, she says she was looking for a better job. She worked as a waitress and bartender, and didn’t make enough money to make ends meet. And she didn’t have healthcare.

In California, trades from carpenter to electrician have apprenticeships with multiyear training programs leading to union membership and employment. According to LBCC, graduates of these two new programs can expect to earn $20 to $25 an hour.

LBCC created its pre-apprenticeship program in response to demand for construction workers in Los Angeles and Orange counties. These trades, says Infusino, “have typically not been diverse and really haven’t reached people who don’t have a friend or family member who are already in a union. The pre-apprenticeship program is really a way to reach into the community, to disadvantaged communities, to nontraditional folks to really get them ready and connected directly with these opportunities.” It is also a way to help contractors meet local hire mandates.

Deonna Anderson was a 2017-2018 Next City equitable cities fellow. An Oregon-based reporter with experience covering city government and social issues, she graduated from the CUNY Graduate School of Journalism with a concentration in urban reporting. Her work has appeared in The Marshall Project, Oregon Humanities and Vice’s Motherboard.