Electric car owners will be paid for letting an energy company use their vehicle’s battery in a pioneering scheme to increase take-up of the cleaner vehicles and help power grids manage the growth in green energy.

Nissan and one of the UK’s biggest challenger energy suppliers, Ovo, will offer the “vehicle-to-grid” service to buyers of the Japanese carmaker’s new Leaf from next year.

After installing a special charger in a customer’s home, the supplier will take over the management of the car’s battery, with owners able to set a minimum amount of charge they want for driving the next day. Ovo will then automatically trade electricity from the battery, topping it up during off-peak periods when power costs about 4p per kilowatt hour (kWh), and selling it at peak times for about four times as much. 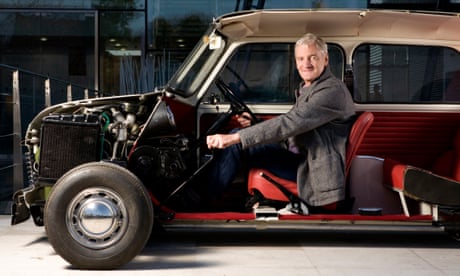 The Ovo chief executive, Stephen Fitzpatrick, said the savings would cover the £350-£400 annual cost of charging an electric car. “Being able to feed back into the grid will mean that customers will be able to drive for free,” he said.

There are about 100,000 plug-in cars in the UK, but National Grid has warned their rapid growth will require the equivalent of a few new nuclear power stations. However, the cars’ batteries could also help energy networks cope with the increasing but variable wind and solar power on the system, by returning power to the grid at times of peak demand and smoothing out inconsistencies in energy supply.

The government recently launched a £20m fund for research into such vehicle-to-grid technology, which has previously been confined to private pilots, but will now be open to consumers.

Fitzpatrick predicted that while the technology would initially have a “relatively modest” impact on the take-up of electric vehicles and easing pressure on the grid, it was “the thin end of a very important wedge”.  In future, the flexibility provided by allowing power grid managers to draw on millions of electric cars would be “transformational”, he said. As well as avoiding the need for costly grid upgrades, paid for through energy bills, it could reduce the number of new power stations that need to be built, Fitzpatrick added.

Nissan and Ovo have also collaborated to sell a £4,800 home battery system to households with solar power, similar to the Powerwall made by Elon Musk’s Tesla. The battery is pitched as a way for buyers to make more money from their solar panels, and Ovo will pay owners about £350 a year for allowing it to offer services to the power grid.