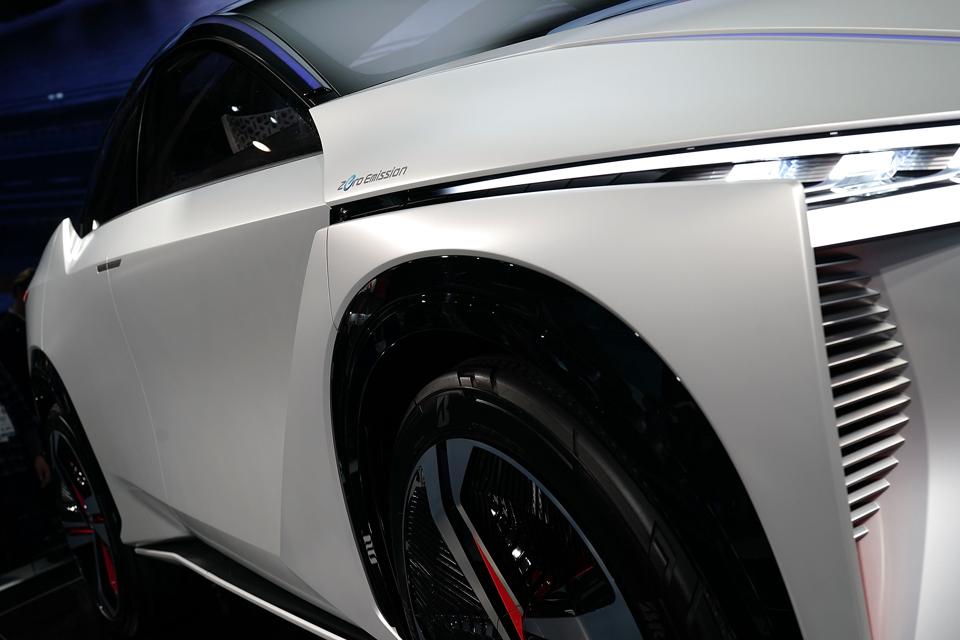 The Nissan IMx, an all-electric crossover concept vehicle offering fully autonomous operation and a driving range of more than 600 kilometers, was on display during CES 2018 at the Las Vegas Convention Center last week in Las Vegas, Nevada. (Photo by Alex Wong/Getty Images)

Electric vehicles cost less than half as much to operate as their gasoline-powered counterparts, according to a study of fuel costs released Thursday by the University of Michigan.

The average cost to operate an EV in the United States is $485 per year, while the average for a gasoline-powered vehicle is $1,117, according to the study by Michael Sivak and Brandon Schoettle of Michigan’s Transportation Research Institute.

This study only examined fuel costs, but the maintenance cost for electric vehicles has also been found to be lower because they have fewer moving parts, no exhaust system, less need for cooling, less abrasive braking options, and no need to change “oil, fan belts, air filters, timing belts, head gaskets, cylinder heads and spark plugs.”

In the new Michigan study, Sivak and Schoettle found that fuel costs for both type of cars vary dramatically from state to state.

In Hawaii, it costs $1,509 to fuel “a typical new gasoline vehicle” each year, and $1,106 to charge an EV.  Gasoline is cheapest in Alabama at $993 a year, but electricity is still much cheaper at $481.  The difference is greatest in Washington state, where gasoline will cost that average motorist $1,338, compared to $372 to charge up.  In no state is it cheaper to fuel up on gasoline—Hawaii comes closest to parity.

For gasoline cars to catch up to EVs, they would have to improve their fuel economy to 90 miles per gallon in Washington, to 57.6 mpg on average across the states.

President Obama had approached that number with a fuel economy standard of 54.5 mpg he proposed in 2012, a measure that it now appears might help gasoline cars survive in competition with rapidly evolving EVs. But last year President Trump began an effort to roll back that standard in order to make Detroit “the car capital of the world again.”

Inefficient gasoline cars may not be the best platform for Detroit to reach that goal. Electric Vehicles still make up just over 1 percent of cars sold in the U.S. (5 percent in California), but their growth has been accelerating, and most of the historical reservations about electric cars—range, power, charger access—have been overcome.

Add to that the mounting evidence that they’re also cheaper to drive.

“Electric cars are vastly better than internal combustion devices,” said James Anderson, a Harvard scientist who spoke in Chicago Thursday. He was not referring to the Michigan study, but made his own comparison. “I mean they are incredibly fun to drive, they’re quick, fast, quiet. They don’t have carbon dioxide spewing out of the back.”

A noted atmospheric chemist, Anderson offers about 150 undergraduates in his Physical Sciences 11 course a chance to get behind the wheel of his red Chevy Bolt. It helps them visualize a cleaner future, he said.

“When they combine this revelation with what they learn in thermodynamics, and they realize that the entire system can be electrified—except for fuel for aircraft, which can be biofuels—it really opens their eyes in a fundamental way.”