It’ll take more than just driving an electric vehicle to save the environment. You’ll have to charge it at the right time, too.

Put simply, if the world’s drivers plug in an increasingly large EV fleet right after work, it could undo many of the environmental benefits expected from fewer cars running on gasoline and diesel. Cutting pollution could come down to an act as unexceptional as waiting until bedtime to charge the minivan.

Down one path lies a future world with cleaner skies, cheaper energy and more reliable electricity systems. The other has more fossil fuel-burning generators, higher power prices and additional strain on the grids keeping lights on everywhere from hospitals to schools.

“The key question isn’t how much demand electric vehicles add to the grid, it’s when does it add it,” said Daniel Brenden, a senior power and renewables analyst at BMI Research in London. “EVs are either going to be huge problem or a huge tool.”

Sales of electric passenger vehicles surpassed 1 million for the first time in 2017. Forecasts for future growth vary wildly: Exxon Mobil Corp. expects the global fleet to swell to 100 million vehicles by 2040, while Bloomberg New Energy Finance sees it reaching 540 million units by then, with more than half of all cars sold being powered by electricity.

Even at the high end of estimates, global electricity production would need to increase by just 5 percent to meet the new vehicle demand, said Colin McKerracher, an analyst with Bloomberg New Energy Finance. The new generation may not even require new power plants if grid operators, regulators and drivers can get on the same page as far as timing goes, McKerracher said.

If drivers plug in their cars when they get home from work and add to that evening peak, even the modest amounts of new generation needed will likely require building more capacity, and that likely will have to be in the form of fossil fuel-fired plants, Brenden said. And because the owners of those plants will have to pay down debt while only operating a short time of the day, their rates will have to be higher.

“You’re not contributing to decarbonization as much as you’d like, and you’re paying to keep that backup generation ready, so you’re adding to your electric bill,” Brenden said.

There’s another option, though, McKerracher said. If drivers can charge their vehicles during off-peak times, they may be able to do so without requiring new generation at all. Off-peak hours also coincide with the time when some renewable power sources are at their strongest — at night when the wind blows hardest and during the day when the sun shines brightest.

“You don’t need a whole lot of new generating capacity to electrify a lot of the fleet, provided they’re charged in an efficient way,” McKerracher said.

Drivers could even use their electric cars to become miniature power traders if they install two-way chargers, filling up their batteries when power rates are the cheapest and selling back to the grid if they’re plugged in during peak hours, said Mark Hutchinson, head of power and renewables consulting in Asia Pacific at Wood Mackenzie Ltd.

Brenden said he could envision a company such as Uber Technologies Inc. employing thousands of autonomous EVs using artificial intelligence to decide the most profitable times to give rides, charge their batteries and resell electricity.

Such a future will require investments by companies and regulatory decisions that support more sophisticated charging infrastructure. It will also need liberal power markets with dynamic pricing to encourage off-peak charging.

On the other hand, Nissan Motor Co. already uses its electric cars to buffer wind power in Denmark, and Southern California Edison proposes offering customers “super” off-peak daytime rates to encourage plugging in during mid-day, when so much cheap solar energy floods the California grid that the state system operator sometimes has to shut down solar plants.

“The best time to charge is going to be in the middle of the day when all of that solar is on the grid,” Caroline Choi, senior vice president of regulatory affairs for the company, said February 2 at the Bloomberg New Energy Finance The Future of Mobility Summit in Palo Alto, California.

— With assistance by Adrian Leung, and Bryony Collins

March 2018 How To Prevent Electric Vehicles From Stressing The Grid

According to the Edison Electric Institute, seven million zero-emission vehicles will be on American roads by 2025. This could have significant impacts on the grid as charging one electric vehicle (EV) is nearly equivalent to adding three houses to the power system.

Utilities must implement rate designs to efficiently manage electricity demand. Rate structure options include demand charges, time-of-use rates and dynamic pricing. Demand charges are based on customers’ highest amount of electricity use at a given point in time, usually per month.

This pricing structure was originally created so utilities could charge commercial companies and industrial enterprises for large amounts of electricity. When the grid experiences high electricity demand, “peaker” plants are activated and power becomes more expensive because they rarely operate.

However, the California Public Utility Commission’s Energy Division has warned that demand charges should be used sparingly since they do not account for different electricity load types. 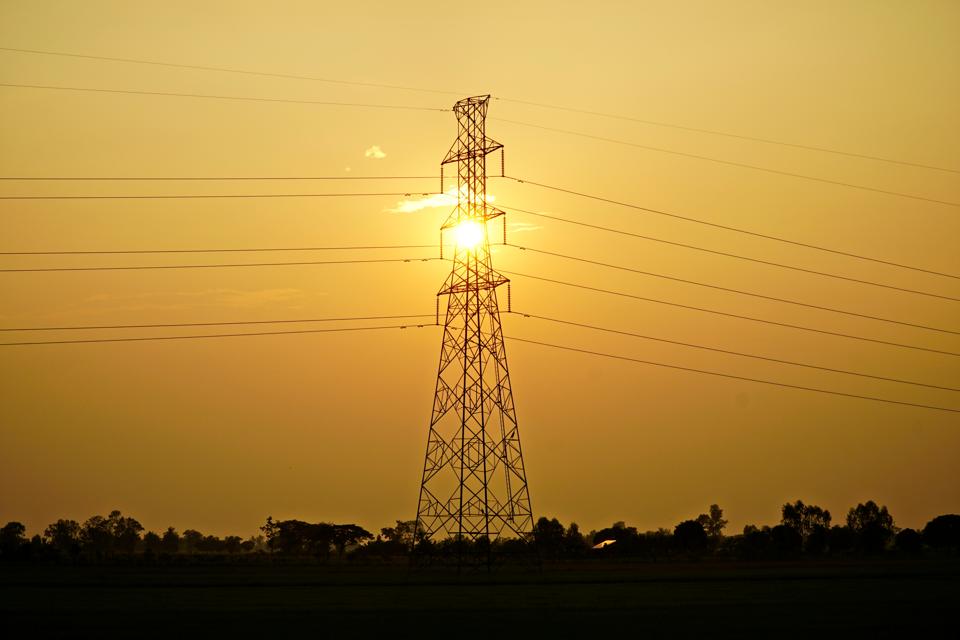 Electricity prices that encourage charging vehicles during periods of low use will help utilities handle rising demand.
For instance, EV charger companies such as EvGo are unfairly charged demand rates. A single EV charger could deliver a small amount of electricity to one customer for thirty minutes in a month and then have to pay a high demand charge. Whether the grid is experiencing a high demand at the time is not accounted for since charges are based on the highest point of usage.

The Rocky Mountain Institute identified utility demand charges as a barrier to EV fast charging, which could save drivers time because it almost fully charges a car in about an hour. To make this type of charging competitive with the cost of gasoline, companies such as Tesla and ChargePoint need to sell electricity for 9 cents or less per mile. Thus, a rate design that supports effective fast charging business models is needed so customers can quickly charge EVs.

Hawaiian Electric recently transitioned its public EV chargers to time-of-use rates, which accounts for when electricity is used and how much is used. This method provides customers with pricing options because electricity costs more when demand is high and costs less during off-peak times.

The Salt River Project, a utility in Arizona, recently examined 100 EV drivers’ charging habits by using FleetCarma data, which included time, duration and location. The utility has about 4,400 EV drivers in its territory who account for one megawatt of demand during peak usage — equal to the amount of energy needed to power about 1,000 homes. The Salt River Project found that time-of-use rates motivated drivers to charge EVs during off-peak times.

Minnesota is the first state to require investor-owned utilities to offer time-of-use rates and Xcel Energy is a company that provides this option. The utility’s off-peak rate is 3.3 cents per kilowatt hour compared to 14 to 17.5 cents during high demand. Xcel Energy customers must install a second meter to take advantage of these cheaper rates, but is working on eliminating the need for the extra equipment.

Dynamic pricing, which provides real-time electricity pricing, is a third way to refine charge signals on the grid. The Citizens Utility Board and Environmental Defense Fund recently found that almost all customers in Commonwealth Edison’s Illinois territory would have saved money with such a rate design without even changing usage patterns.

However, Advanced Meter Infrastructure would be needed to measure demand in small time increments and bill customers. Due to this complexity and extra cost, dynamic pricing will likely not be widely adopted.

Electricity rate designs will become even more critical as the automotive industry moves towards a ride-sharing future.  Lyft and Uber customers have found that hailing a ride has become a more convenient and economical way to travel locally.

Lyft is conducting its first autonomous vehicle pilot in Boston and General Motors expects all autonomous vehicles to be electric. As these companies seek to maximize profits, cost-effective fleet management is critical.

Autonomous vehicles would allow trips to become even more affordable because drivers will not be needed. In addition, these cars are probably going to be electric because EVs are cheaper and easier to maintain than traditional automobiles. As a result, these businesses are likely to support electricity prices that back competitive costs for rides and policies that guarantee grid reliability.

EV drivers should also seek options to actively prevent cars from causing strain on the grid. For instance, BMW is working on a pilot with Pacific Gas & Electric to financially incentivize customers to opt out of charging with a phone application in response to demand on the grid. This prevents over-exertion of the grid while ensuring cars are ready for their next scheduled trip.

Demand for electricity will increase as more electric vehicles are adopted. Electricity prices based on high and low demand will help shift EV charging to off-peak periods, reducing stress on the grid. Electricity costs will remain affordable for ratepayers and the grid will operate without unnecessary strain. More utilities should adopt time-of-use rates so customers and businesses have electricity price options while simultaneously supporting a reliable grid.

As Vice President, Constance Douris manages the Lexington Institute’s energy portfolio. You can follow her on Twitter @CVDouris and the Lexington Institute @LexNextDC.
Page 1 / 3 Contin
California scraps safety driver rules for self-driving cars (NY Times): The California Department of Motor Vehicles plans to eliminate a requirement for autonomous vehicles to have a driver behind the wheel. The new rule will go into effect on April 2nd. The state has given 50 companies a license to operate autonomous vehicles.

NH Senate Oks EV charging bills (New Hampshire Business Review): The NH Senate passed two bills last week to regulate and study electric vehicle charging stations. Senate Bill 575 would require that the state Department of Transportation provide signs on highways alerting drivers to the availability of charging stations, would give the NH Public Utilities Commission the power to set rates, and would exclude charging service providers from regulation as public utilities. A second bill, SB 517, would set up a commission to look at ways to encourage the establishment of a charge stations infrastructure.

EV range is now well above 100 miles around the world and rising fast (Quartz): Across the world, the average vehicle range of all-electric vehicles now exceeds 100 miles (using data from the third quarter of 2017). In China, the world’s largest EV market, the average range is 103 miles, while average U.S. range sits at 139 miles.

How green is your electric car? (Bloomberg): Bloomberg provides a sample of international electric grids and their respective fuel mixes to demonstrate that the environmental impact of an EV differs from nation to nation, as well as regionally. However, research from Bloomberg New Energy Finance demonstrates that EVs connected to even the most carbon-intensive electric grids produce fewer greenhouse gas emissions than a typical gasoline-powered vehicle.

Why charging your EV at night could save the world (Bloomberg): Managed EV charging, such as prioritizing nighttime charging, could reduce growth in energy demand that could accompany the growth of the EV market. By managing charging times, EVs could become a tool for the grid and mitigate the greenhouse gas impacts of transportation electrification.