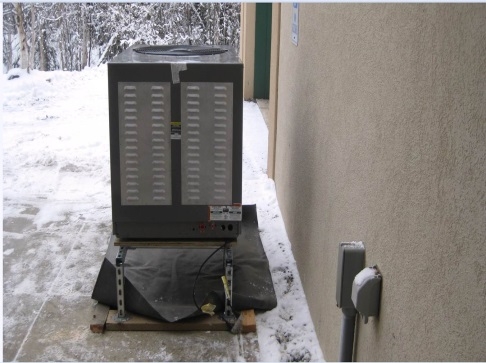 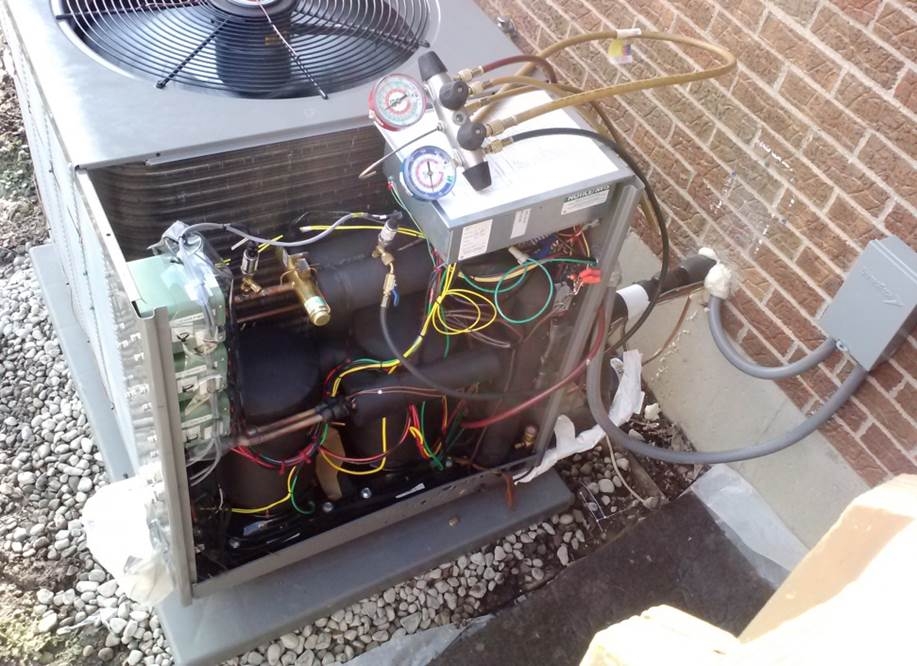 Home heating is the largest energy expense for most U.S. homeowners and accounts for nearly 30% of energy used in the nation’s residential buildings. Millions of homeowners in colder regions of the country do not have natural gas available, leaving furnaces to be fueled with heating oil, propane, or electricity. This can often result in higher heating bills for homeowners.

However, soon, these 2.6 million homeowners living in cold climates will have another, efficient home heating option. Oak Ridge National Laboratory (ORNL), collaborating with Emerson Climate Technologies, developed a prototype for an air-source heat pump for the colder regions of the country—one that heats better and uses significantly less energy.

Air-source heat pumps (ASHPs) are well established in southern parts of the country where winters are relatively mild. The problem is that the heating capacity and efficiency of conventional ASHPs decrease significantly as the outdoor temperature drops and the demand for home heating increases. Consequently, supplemental electric resistance heat must be used, decreasing the heating performance. In this project, ORNL researchers developed a heat pump that minimizes the loss of heating capacity and the drop in efficiency in low temperatures while maximizing heating comfort.

Exhaustive research led to a prototype that’s both cost-effective and highly efficient at heating the home, even in cold outdoor temperatures. The heart of the prototype is a new scroll compressor, developed by Emerson, which is optimized for low ambient heating performance and reliable under such operating conditions. The design used tandem compressors (two parallel, equal-size and single-speed scroll compressors) and other features to achieve the target performance. A single compressor operates for cooling and for heating in mild conditions, but when outdoor temperatures plummet, both compressors kick in.

The research team’s innovative concept shows promising results. The prototype was field-tested in early 2015 in an occupied house in Sidney, Ohio that had been previously equipped with a conventional ASHP. During the coldest month, the prototype maintained comfortable temperatures in the home while reaping 40% in energy savings. When outdoor temperatures plunged to -13°F, the prototype kept the house warm without any reliance on supplemental electric resistance heat.

In fact, the technology is so efficient—and cost-effective—that it already beat DOE’s 2020 goal, achieving a 1.077 primary seasonal coefficient of performance, or COP (goal was 1.07), and $18 installed cost premium per kBtu/hour (goal was $25).

A CORE TECHNOLOGY THAT CAN BENEFIT EVERYONE

Emerson is the nation’s largest domestic manufacturer of compressors for residential and small commercial HVAC equipment and is currently marketing its cold climate-optimized compressor to ASHP manufacturers. The ORNL prototype provides manufacturers with an example of how to integrate the new compressors into an ASHP design that achieves outstanding cold climate performance.

“This project is an excellent example of how collaboration between industry and a national lab can benefit the general population,” said Hung Pham, director of integrated technologies at Emerson Climate Technologies. “Together we developed the most cost-effective air-source heat pump option for cold climates, which will have a bright future displacing space heating derived from oil, propane, and electric furnaces. In addition, air-source heat pumps in mild climates can also be improved by the underlying technology.”

The collaboration between ORNL and Emerson was conducted under a Cooperative Research and Development Agreement (CRADA). The DOE Building Technologies Office sponsored ORNL’s effort within the CRADA and Emerson was self-funded.