The rooms inside these shipping containers might easily be mistaken for those inside any of the timber-framed homes in the hillside country here. In the kitchen, one wall exposed the bright orange corrugated surface of the Corten steel container, but elsewhere evidence of the structure’s origins was scant.

“You’re constructing something that we associate with the most stable thing in our lives,” said Mr. Steele, founder of Steele House, a firm that designs and builds container structures. “It is why we leave the container exposed — it creates tension between movement and stability.”

This particular container home, in Sullivan County, designed by Bigprototype and Tim Steele Design, belongs to Robyn Volker, 57, and her wife, Anke Irmscher, 54. And the container wasn’t orange when they went with Mr. Steele to pick it out, but as Ms. Volker said, “If you’re going to do this thing, you might as well announce it’s a container.

One project currently in the works is the Water Hub, in Staten Island, a structure commissioned by the Rebuild By Design organization (in partnership with the Department of Housing and Urban Development, the Municipal Art Society, the Regional Plan Association, the Institute for Public Knowledge at New York University, the Van Alen Institute, and the Rockefeller Foundation) to encourage the protection of marine life along the shoreline.

Building with shipping containers isn’t exactly new, but until recently it hasn’t been exactly mainstream either. Now, though, it is becoming a lot more popular, as eco-friendly practices begin to influence market trends. Containers are loved by the hip and the practical, artisans and DIY-ers, engineers and construction foremen, as they are both sustainable and affordable. And used 20- or 40-foot containers can be obtained for as little as several hundred dollars apiece, so it’s not surprising that some industry professionals consider them the future of home building.

“More of the population has been educated on sustainability and ecological principles,” said Paul Galvin, the chairman, chief executive and a founder of SG Blocks, a publicly traded company that repurposes maritime-grade cargo shipping containers that can hold as much as 64,000 pounds. Mr. Galvin’s biggest client is the military — which turns those containers into housing, mess halls, computer server storage and commissaries, among other structures — but he believes shipping containers work just as well on a small scale.

“It’s a legitimately green option for the consumer,” he said. “And it’s not going to cost them more; this isn’t a green solution that requires government subsidy.”

In March, his company received commendation from the ICC Evaluation Service, a subsidiary of the international code council that evaluates and certifies building products, for its “quality control process for selecting shipping containers” for use in construction.

“Anything that’s seaworthy is construction-worthy,” said Mr. Galvin, whose company gets its material from ConGlobal Industries, which sells shipping containers of varied age and quality. All containers are subject to strict international standards, he pointed out, but even so, his team carefully inspects each one before using it in a project: “We’ve established that they perform as good as, or better than, code requires.”

Shipping containers, as we know them today, are the brainchild of Malcom Purcell McLean, a longshoreman from New Jersey credited with revolutionizing the shipping industry. Dubbed the Father of Containerization, Mr. McLean came up with the idea for shipping large cargo boxes one day in 1937, as he waited to unload his truck carrying tobacco barrels. It took him years to convince others that his idea made sense, but in 1956 he oversaw the implementation of a rigged container system, when a tanker loaded 56 containers from Port Newark.

Most containers are now a standard size: about eight feet wide, or two feet wider than a California king mattress; eight and a half feet high; and either 20 or 40 feet long. And containerization — also referred to as intermodal freight transportation — is seen as the innovation that has made services like next-day delivery and Amazon Prime possible.

It might also be the innovation that makes construction easier and more affordable, as suggested by the growing number of shipping-container structures around the world.

New York, alone, has many examples: In Clinton Hill, Brooklyn, for example, there is a townhouse on Irving Place bisected by shipping containers. In Williamsburg, 21 steel containers were used to create a three-container-high house on a 20-by-40-foot lot. In Manhattan, a container serves as a master bedroom for a penthouse with Empire State Building views. And upstate, there are many more such structures.

Mr. Steele, who works in Manhattan but lives in the Catskills, has built four container homes in that area in the last seven years. Sims Foster, 41, and his wife, Kirsten Harlow Foster, 37, own one of them, in Youngsville. Made from two 40-foot containers set side-by-side, the 640-square-foot, one-bedroom house has a linear kitchen, a living-and-dining area with a fireplace and cedar facing on the exterior.

“I think people are drawn to it, not away,” said Mr. Foster, who founded Foster Supply and Hospitality, a group of hotels in the Catskills, with Ms. Foster. “There’s something comforting about the soul of the house, a comfort and ease.”

Farther west, in Callicoon Center, is another of Mr. Steele’s houses: a 1,760-square-foot home with two bedrooms and two bathrooms, built out of four containers lined up in a row.

The house, which resembles a wood-framed barn, isn’t any louder than a conventional home, said Terry Maxedon, 60, who shares it with his wife, Amy Fisch, 63. In fact, there is only one thing about it that reminds them they are living in a shipping container: Instead of hanging pictures on the wall with nails, they use magnets. “I think that’s a nice feature,” Mr. Steele said.

Of course, not all container homes are so elaborate.

When Pamela Reed, 33, and Matthew Rader, 34, virtual reality directors in Bedford-Stuyvesant, Brooklyn, decided they needed to escape the city, they were content with the plain, unmodified container they put on seven acres they bought in Hobart, N.Y. “We always kind of liked the aesthetic — the raw, modern boxiness of it,” Mr. Rader said.

“We’ve seen online other people converting them into ultramodern, sleek-looking things, and giving them new life,” he added, while theirs is more of a “glorified tent.” (Ms. Reed chronicled the build on her blog, Brooklyn Farm Girl.) Still, the cost of buying the container and having it installed on their property was only about $3,000.

“We want to raise our kid in the city,” said Mr. Rader, who has a newborn daughter. “And the plan is to have it as a getaway place, a good small farm.” Already, they are producing large quantities of tomatoes, corn, beans, peas, carrots and pumpkins, he said, and as far as the container goes, “We’re not finished by any means.”

Back in Brooklyn, mobility is sometimes the biggest appeal.

Vedat Ulgen, the 28-year-old founder of Thislexik, a design studio in Red Hook currently housed in a structure made out of five containers, is in the process of moving his company into a more permanent space and taking the shipping containers upstate, to a site near Woodstock.

“That is the reason we preferred a modular design,” he said. “So we can easily take it apart and relocate it to another location, with the possibility of expansion. The containers will be a retreat for myself, and I’ll rent it out on Airbnb.”

“We just saw a possibility for a unique beach rental,” Ms. Sinclair said. “We’re also from a port city, so there were containers everywhere. It wasn’t some obscure idea.”

Even so, their rentals were so controversial when they were being built, Ms. Godbold said, that a nearby community made it illegal to build container homes there. “The local newspaper would run a picture of them looking as horrible as possible,” she said. “For six weeks straight.”

She and Ms. Sinclair worked with Jeremy Hardison, senior planner with the town of Carolina Beach, to bring their idea to life. Mr. Hardison said he saw it as an exciting opportunity for something new in a place that favors unique design.

And despite the initial resistance, he believes the area will see more container homes in the future. “We’re open to the idea,” he said. “We like the idea of alternate and sustainable construction methods.”

Container homes are fabricated elsewhere, noted Giuseppe Ligano, a partner of the construction and design firm LOT-EK, which means that “by the time you’re done with the foundation, you can erect the whole structure — boom! — in a couple of days.”

Mr. Ligano and his partner, Ada Tolla, have been working with shipping containers since the early 1990s, in the United States, the United Kingdom, Chile, Australia, South Korea and South Africa, among other countries. Many of the designs, he said, have been “very high-end, in the direction of a contemporary, conceptual, gritty style.”

The 5,000-square-foot building, slated for completion next year, will include a kayak-launching site and classroom space for the New York Harbor School. Equally notable, however, is that it will be built to withstand the effects of future storms like Hurricane Sandy.

And if there’s anything that can do that, it’s a shipping container.

We opened our doors August 2017 With coworx, the first local business to join our developing community.

Interested residents, local vendors or just tire kickers, can find out more by dropping us a line at info@cargodistrict.com. 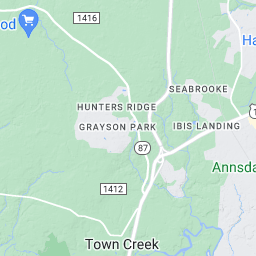 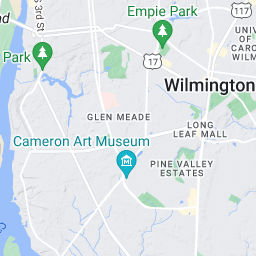 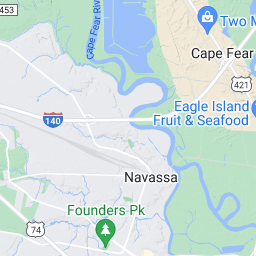 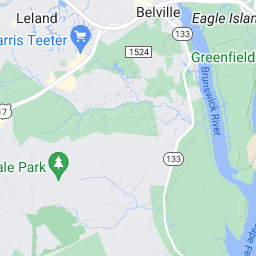 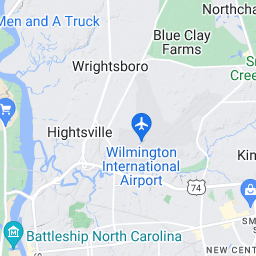 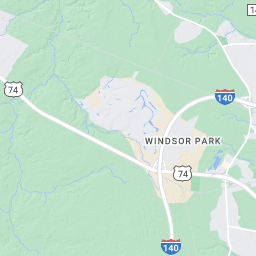 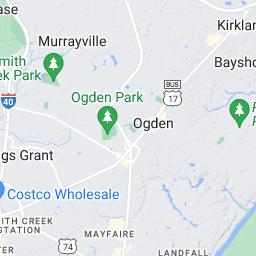 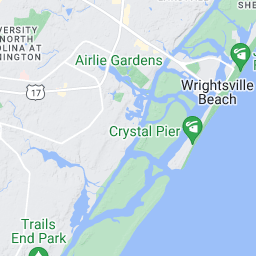