But as whimpers go, 2016 was very impressive.

Judging by all the indicators, capital punishment in America is gasping for its last breath. The end of year report from the Death Penalty Information Center, a non-partisan authority on the subject, reads like the final will and testimony of the practice:

The report abounds with vivid details of the moribund state of the judicial death business. Consider this: in 2016, fully 80% of all executions were carried out by just two states – Georgia and Texas.

Georgia had the dubious distinction of knocking Texas off its perch as death penalty capital of the nation. Georgia took the life of nine people, overtaking Texas’s seven. 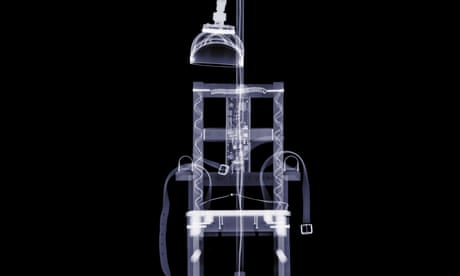 But then look at Texas. It imposed just four new death sentences this year, down from 48 in the peak year of 1999. Even more eye-catching for those familiar with Texas’ dark racial history, this was only the second year since 1982 that the state failed to snuff out the life of a single black man.

If 2016 amounted to a full-throated whimper, it certainly lacked a bang. The ultimate termination of the practice rests with the US supreme court, which has the power to rule capital punishment unconstitutional under the eighth amendment ban on cruel and unusual punishment.

With President-elect Donald Trump poised to fill the court’s vacant ninth seat with a hardline conservative, the prospect of a judicial resolution is receding rapidly into the distance. Should Trump get a second justice pick during his term in office, locking in a rightwing majority, that would further push back hopes of a definitive ending for at least a generation.

So it seems likely that the long, excruciatingly drawn out death of the death penalty will continue, in an echo of some of its own recent executions. For another striking feature of 2016 was that although the incidents of judicial killings fell to a historic low, there was still a sufficient number to generate deep unease about the nature of the prisoners’ convictions and stomach-churning spectacles within the death chamber.

The Death Penalty Information Center points out that no fewer than three prisoners were executed despite strong evidence that they were intellectually disabled, rendering their deaths unconstitutional. Adam Ward was executed in Texas despite being mentally ill – he had a history of bipolar disorder and depression since the age of 18 – again making his execution a breach of the US constitution.

The African American prisoner Kenneth Fults was executed by Georgia having been sentenced to death by a juror who said “that’s what that nigger deserved”.

There was no shortage of gruesome scenes during the lethal injection procedure. Despite mounting evidence of the risk of using the sedative midazolam, Alabama decided to go ahead with the drug to execute Ronald Smith earlier this month. The prisoner was reported to have heaved and coughed for 13 minutes.

As recently as this week, shock waves could still be felt over attempts by US prisons to circumvent the boycott by drug companies and countries of the use of medicines in lethal injections. On Monday, a federal judge imposed a stay on the next three executions scheduled in Ohio to give time to consider a legal challenge against its three-drug protocol that includes midazolam.

Then on Tuesday, Arizona agreed to a legal settlement filed in a US district court in which it became the first state to vow never again to use midazolam in any of its lethal injections. The deal followed the 2014 botched execution of Joseph Wood in which the prisoner was seen to be struggling for almost two hours.