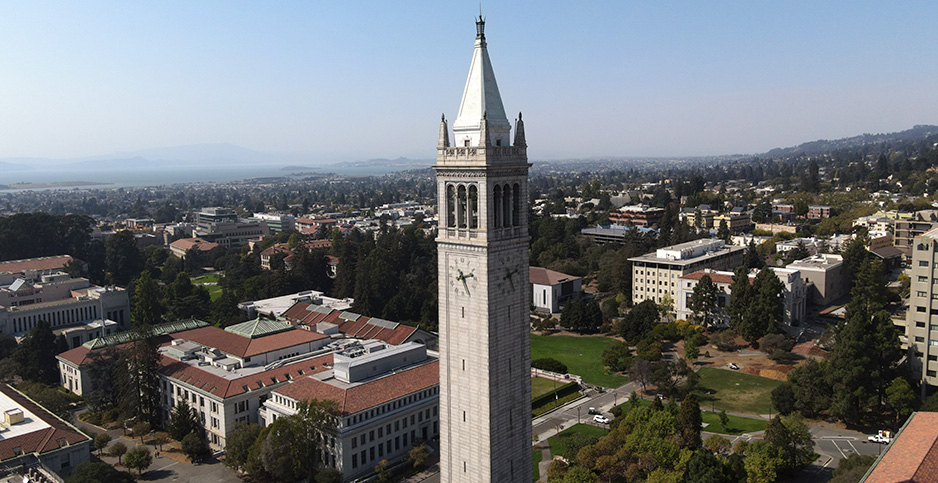 A general view of the University of California, Berkeley, is pictured September 2020. The city of Berkeley in 2019 became the first municipality in the U.S. to enact restrictions on buildings’ use of natural gas. Image of Sport/Newscom

An attempt to undo the nation’s first ban on natural gas was defeated this week in federal court, blocking a challenge that could have threatened campaigns to restrict buildings’ use of the fuel across much of the country.

The ban in Berkeley, Calif., enacted in 2019, made hookups for natural gas illegal in new buildings. It inspired copycat laws in dozens of California cities, and municipal legislation in Washington state, Massachusetts, Oregon, New York and elsewhere. The plan also triggered a national backlash from the gas industry and their allies in state legislatures. At least two dozen states have considered bills that prohibit cities from targeting natural gas consumption, with the most recent measure passing into law in Ohio last week.

One source of opposition against Berkeley’s plan were restauranteurs incensed by their loss of gas stoves — in late 2019, the California Restaurant Association (CRA) sued the city over its ban, alleging that it was preempted by federal energy conservation laws as well as three state laws.

On Tuesday, a Northern California district judge dismissed the California Restaurant Association’s challenge based on federal law, while refusing to weigh in on the challenges to state law.

That defeated, at least for now, CRA’s effort to kill Berkeley’s rules against natural gas. And it likely made it harder to challenge similar city-level bans on gas, according to analysts.

“It certainly would have been a big blow,” said Amy Turner, a senior fellow for the Cities Climate Law Initiative at Columbia University, in reference to what a successful lawsuit would have meant for municipal gas bans outside of Berkeley.

Numerous cities and towns outside of California have drafted restrictions on natural gas use but moved slowly to advance them out of fear that they might be struck down in court, she noted.

“A lot of cities and towns around the country have been watching the Berkeley case, as well as gas bans elsewhere, trying to figure out what options might be available to them to restrict natural gas use,” said Turner. The ruling may suggest to local officials that federal law won’t preempt a ban.

“I think we’ll see more cities and towns show interest in passing a natural gas ban. … This really removes some of the legal uncertainty,” Turner said. “It opens up much more potential for local policy innovation.”

The restauranteurs had argued that the Berkeley law conflicted with the Energy Policy and Conservation Act (EPCA), which sets federal energy efficiency standards for appliances, because it would cut off fuel supplies for gas equipment. It also alleged that members of the association had planned to open new restaurants in Berkeley but couldn’t do so because of the ban.

But District Judge Yvonne Gonzalez Rogers wrote that the CRA’s “interpretation would compel localities to continue to provide natural gas in all but the rarest of circumstances.”

“Nothing in the EPCA requires that localities provide let alone continue to maintain natural gas connections,” she wrote.

Sharokina Shams, a spokesperson for the CRA, said the group would appeal the decision. The group’s president, Jot Condie, framed the judge’s decision in a positive light, saying it confirmed that the group had legal standing to bring the lawsuit “because of the obvious negative impact to restaurants that will result from the loss of cooking with natural gas stoves.”

“Our fight to make sure restaurants have continued access to natural gas cooking will continue,” said Condie.

The American Gas Association, which has partnered with groups that oppose gas bans, lamented the judge’s ruling, saying it would encourage an irregular state-by-state patchwork of laws.

“This decision harms the businesses and people of Berkeley and the environment because it eliminates by fiat an energy choice that is part of the solution to address climate change,” said Michael Murray, general counsel for the AGA.

By contrast, environmentalists and building electrification advocates celebrated the decision, with Earthjustice and the Sierra Club claiming victory over a lawsuit designed to “intimidate” officials seeking to shift off gas.

The court’s move will give “a critical boost to those efforts,” Grab said, “as it removes a perceived obstacle and affirms the authority of local governments to chart the course toward fossil fuel-free homes and businesses.”

The restaurant association’s lawsuit was supported by four national trade groups who have elsewhere tried to stop phaseouts of fossil fuels in buildings: the National Association of Home Builders; National Association of Manufacturers; Air Conditioning, Heating and Refrigeration Institute; and Hearth, Patio & Barbecue Association. The four filed a brief in the case warning of “devastating consequences” for their industries if gas appliances were prohibited, although they were not parties in the case.

Environmentalists also sought to sow doubt over whether the nation’s largest gas utility, Southern California Gas Co., had a role in backing the lawsuit. In California, the utility has tried to aggressively counter local measures that would restrict gas, including through the use of front groups that campaign on the merits of the fuel.

Yesterday morning, Earthjustice and the Sierra Club revived their longstanding accusations that SoCalGas was helping pick up the California Restaurant Association’s legal tab, noting that SoCalGas made its first-ever payment last year, to the tune of $1.78 million, to the law firm representing the association in its lawsuit against Berkeley. The green groups also pointed to filings showing that SoCalGas had ramped up donations to the CRA, from $24,000 in 2019 to $146,000 in 2020.

“While there’s no way to prove explicitly that this funding went toward the lawsuit, it is very hard to believe it’s a coincidence that SoCalGas all of the sudden added this law firm to their payees at the same time as the lawsuit,” wrote Sage Welch, a spokesperson for the two environmental groups, in an email to E&E News.

Spokespeople for SoCalGas and the CRA rejected the environmental groups’ claims, explaining the rise in donations as part of the gas utility’s efforts to support restaurants during the pandemic.

The utility has “generously donated to our foundation in amounts larger than you referenced” wrote Shams, spokesperson for the CRA, in an email to E&E News, estimating the contributions at over a half-million dollars destined “to struggling restaurants.”

The two companies also said that the $1.78 million payment from SoCalGas to the law firm, Reichman Jorgensen LLP, was unconnected to the Berkeley gas-ban case.

Christine Detz, a spokesperson for SoCalGas, said the payment was for “legal support to our General Counsel’s office, among other legal activities” and was “unrelated” to the lawsuit.

The court’s ruling, and the resurfaced claims from green groups, came as pro-gas advocates stake out new territory in the ongoing national battle over buildings’ consumption of the fuel.

In the city of Spokane, Wash., a conservative consulting firm has begun gathering signatures for a ballot initiative that would prevent the City Council from ending natural gas connections, according to The Spokesman-Review. That would likely be the first ballot initiative of its kind.

Turner, of Columbia University, correctly predicted early yesterday that the restauranteurs would appeal the Berkeley ruling. “This is a landmark decision,” she said, but “we certainly might see a state law case open up along these same lines.”