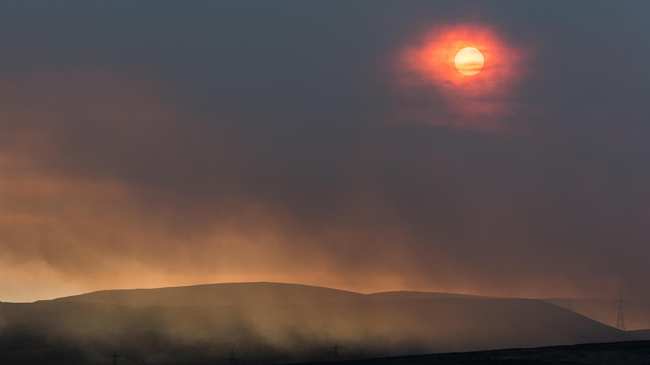 What a gorgeous summer it’s been! What lovely, pleasant weather we’ve had! Normally the UK is – aha – wet and overcast, so it’s a lovely change that this summer will be remembered for… horrible sickly yellow red beating down on you, stopping you from working, sleeping, eating, walking anywhere, doing anything, thinking straight; my muscles always ache, my skin itches, I can’t think. Fuck off with it being this hot, fuck off.

Anyway, long story short, I’m glad the weather seems to have changed now. But perhaps, in a way, the heat is continuing to dominate. I don’t know if you’ve noticed, but accompanying the recent heatwave there seems to have been a sort of upsurge in stupidity. I’m not saying the UK was exactly a brilliant, gifted child before – this, after all, is the country that did Brexit, that welcomed austerity, that voted David Cameron in as Prime Minister, twice. But over the last few weeks, things in British public discourse have been getting, astonishingly, even more stupid than they were before.

Just try looking at the news, if you can bear it (at this point, it’s like watching a couple have a fight a few places across from you in a train carriage). Yes, I know that technically it’s “silly season”, so all the political journalists are pacing around their cells (or wherever they work) like hungry dogs looking for something to gnaw on, but Jesus fucking Christ if it hasn’t been an unedifying spectacle recently.

Whether we’re watching the Labour party tear itself apart over the IHRA definition of anti-Semitism; reading think-pieces speculating as to whether Tommy Robinson, fresh out of prison as a martyr to “free speech”, has anything useful or relevant to say; or watching the Tory establishment tie itself in knots trying to defend Boris Johnson’s recent, uh, “controversial” remarks about the burqa (everything from “I hate seeing women in burqas at the pub” (?) to “wearing a burqa is inconsiderate to deaf people”).

There has been the odd noble exception, but in general, no one in the media seems capable of treating any of the issues they are dealing with, with the real seriousness they in fact deserve. And this is particularly frustrating given that all this has been unfolding against a backdrop where complete disaster for humanity as a species seems to be lurking just around the corner.

Because – as already noted above – it’s been hot. It’s been really fucking hot. It’s been record temperatures in Europe hot. It’s been 93 dead from fires in Greece hot. It’s been Arctic Circle on fire hot. It’s no longer possible to claim that man-made climate change is a problem we’re only going to have to worry about in a hypothetical future. It’s here right now, and we are experiencing it.

Of course, the media have noticed this, and in fairness to them they have – in recent weeks – been covering climate change more than usual. But it may also be that the media’s own ways of approaching a problem – any problem – are simply inappropriate for an issue such as this. The philosopher and Green Party activist Rupert Read, for example, recently refused to “debate” climate change on BBC Radio Cambridgeshire, because they wanted to include a climate change denier for reasons of “balance”. Here, the very ideal of “balance” seems to be becoming a dangerous orthodoxy, one that is actively threatening our ability to talk about the issues facing us as a society, as a species, as a planet, with the seriousness they deserve.

But just think about how the heat was making you feel, again. If you’re anything like me, it was not making you feel bright and alert and alive. Plausibly, it could well be that the recent upsurge in stupidity is not only distracting us from the need to fight climate change. It might also be a symptom of it.

In his excellent recent book New Dark Age, James Bridle claims that as climate change accelerates, our ability to understand it will not increase but diminish. “In preindustrial times, from 1000-1750 CE, atmospheric carbon dioxide varied between 275 and 285 parts per millions… From the dawn of the industrial age they begin to rise, reaching 295 ppm at the start of the 20th century, and 310 ppm by 1950. The trend… is ever upward… In 2015, and for the first time in at least 800,000 years, atmospheric carbon dioxide passed 400 ppm. At its current rate… atmospheric CO2 will pass 1000 ppm by the end of the century.”

The problem is this: at high concentrations of atmospheric CO2, human cognitive ability decreases: at 1000 ppm, for example, it drops by 21 percent. Astonishingly, atmospheric CO2 has already been measured at over 2000 ppm in “substantial numbers” of schools in both California and Texas.

Elevated CO2 levels aren’t even the only threat. Studies have shown that elevated heat levels impair cognitive performance as well.

And so, it seems, we are becoming trapped in a sort of endless feedback loop of stupidity. We’ve done one very stupid thing (wrecked the environment by burning fossil fuels), and this in turn is making us even stupider. That will breed more stupidity, which will presumably cause us to accelerate climate change further, which will make us still stupider, and so on, until eventually the stupidity becomes so intense that we all simply die.

Or, to put it another way: look forward to a good decade of everyone arguing about whether or not the racist things Boris Johnson is saying are racist, while the party he starts leading in a few months enacts various openly racist policies, which the racism of will also, curiously, be a matter for debate, before eventually East Anglia sinks under the waves.

But who knows: maybe the heat could save us after all. It’s not happened this summer, but there is a clear link between higher temperatures and political unrest: heat not only makes people angrier and more impatient, it also gets them out of the house and into public space. They start interacting with one another, and then maybe – who knows? – their anger can turn into something productive. On the (plausible) assumption that the only way to mitigate/reverse climate change is to establish a radically different form of political community, maybe this would be a good way to go.