In North America, we take it for granted: When couples have kids, they move out of the city to the suburbs.

The trend has only accelerated lately. Some of the most attractive and fastest growing cities — San Francisco, Portland, Pittsburgh, Washington, DC — have seen their numbers of children plunge in recent years. My home city, Seattle, is now the fastest growing big city in the country … and has the second-lowest number of households with children. (According to Governing magazine, as of 2015, 19.6 percent of Seattle’s 304,564 households have children. In Laredo, Texas, it’s 55.3 percent.)

Should cities try to keep families around? Some urbanophiles argue that they’re not worth it. Families cost cities more in services, spend less in the economy, and produce less tax revenue than affluent young single professionals. Cities that want to grow fast do it by building studios and one-bedrooms and drawing on endlessly renewable mobs of Youngs.

But few city leaders take that attitude. They see families as an important source of economic stability (hot industries come and go) and social vibrancy. You can read a lament about DC here, one about Denver here, one about Seattle here.

All these articles go on and on about amenities families enjoy, but the root of the problem is that families need bigger homes, while developers have every incentive to squeeze in as many small homes as possible, to maximize their profit per square foot. Unless cities step in, that’s what developers will keep doing.

Yet somehow, Vancouver has thousands of families with children living in its downtown. I asked urbanist Brent Toderian, who was Vancouver’s Chief Planner from 2006 to 2012, how the city did it. He says that there are three elements of family-friendly city design: bigger housing, amenities for families, and a safe, welcoming public realm. (More of our conversation, which ranged over a number of urbanist topics, here.)

You’ve said that children are an “indicator species of a healthy downtown.” How did Vancouver make its downtown so kid-friendly?

[Vancouver has] somewhere between 5,600 and 7,000 kids downtown, by design. Vancouver found that if you design specifically for families, you will achieve numbers of kids that will be a challenge for you. A good problem to have, right? 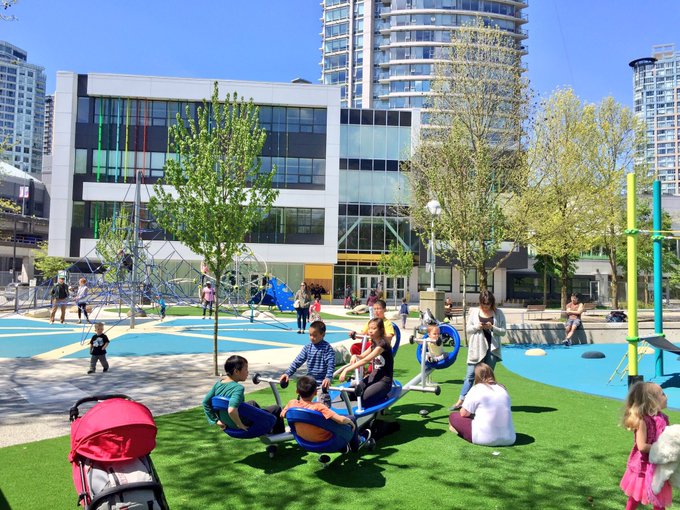 There are three parts to designing for families and kids, and you have to do all three.

The first is to ensure there are homes that can actually fit families. If your homes can’t fit families, you don’t get families, period. That generally comes down to the number of bedrooms, though it can also be about the size of the apartment or home.

If there’s a market, why do developers have to be pushed so hard to do it?

Because it’s not as profitable, per square foot, as a small unit. Developers will cater to the more profitable market segment, even if there is a strong market interest for two- and three-bedroom units. 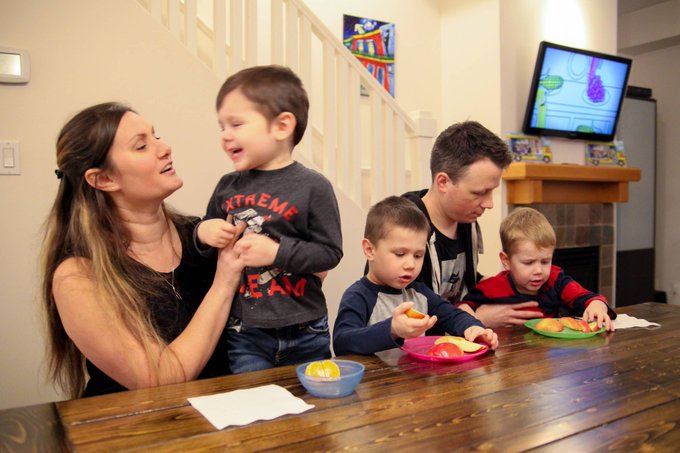 Brent Toderian ✔@BrentToderian  If you want families downtown — which many downtown plans say they do — it has to start with homes that can actually fit families.

It starts with asking yourself: Do you want families downtown and in urban places? A number of cities say they do, yet they’re not willing to do what’s necessary to make it happen, such as regulate. That’s particularly a problem in the United States, where regulation is a dirty word. It’s that ideology around regulation that can often keep cities from progressing.

It’s a very simple policy to require the number of bedrooms. It’s only anti-regulation ideology that holds cities back. If you aren’t getting families, and you want families, regulation is necessary.

What is part two?

Point two is, even if you have the homes, you need the services and amenities that support family living. Those start with daycare and schools. We put a lot of attention into schools, but you can’t underestimate the importance of daycare. We [in Vancouver] largely use density bonusing to pay for daycare [density bonusing explained here], so we have pretty good daycare service by comparison to other cities, although we are constantly struggling to keep up with demand.

We just opened our second elementary school in the downtown peninsula, and we have a third planned, and a Catholic school planned just off the peninsula. They are already over-subscribed. We still have more kids than we have school space.

Point three is, you design the public realm for kids and families, because that means it will work for everyone. You have to think about all age groups: the parents with their strollers, young kids and their need for playgrounds, and then teenagers and their distinctive needs, which are different than those of younger kids. Teenagers are shaping up to be our biggest challenge in downtown Vancouver.

What do teens want in a city?

The most common answer I hear is “hangout space.” But that can become a bit of a lazy catch-all for the kinds of spaces that teenagers end up using by default, like malls, un-programmed parks, or transit stations, because there’s nothing that’s been made with them in mind. If there’s nothing better, they’d go to any place they think other teenagers already are.

Or you can have places actually made for teenagers, preferably involving teenagers in the design process — things like skateboard parks; plazas with activities like music and games for teens instead of young children; places designed to help teens interact with each other and the space itself in cool ways (ice-breakers, conversation starters, and “show-off” opportunities); spaces with food as an option. And of course don’t forget the wifi.

You also have to recognize that once your kids are at their teenage years, the number of bedrooms in your home might not be enough. We often hear about families in Vancouver not feeling the pressure to move out with two or even three kids when they’re small, but once they become big, the pressure increases. Housing to fit not just young kids but teenagers is critical, and support and services specifically for teenagers are important.

So that’s the three elements: housing that fits families; support for families, such as schools and daycare; and designing the public realm for kids.

Fitting families into dense downtowns is challenging for all kinds of reasons. At the most concrete level, what’s the right way to integrate residences into busy areas?

For Vancouver, the “city at eye-level” starts as simply as: no blank walls. We make sure that there are real, active things at grade, as a starting point — either retail stores or residential doors. Most urbanists, I think, default to stores.

That does seem to be the model that’s getting built in Seattle — a condo plopped on top of a retail row.

And if you can do that, that’s great. But what we found is that retail doesn’t always work, nor should it be the default assumption. In downtown Vancouver, we have retail streets and non-retail streets — streets where the ground-floor use is expected to be retail or commercial, and other streets where we don’t want those uses at grade, because it could dilute the success of the retail street. You have to have a strong sense of how much retail space your population can support.

But I think many urbanists feel they don’t have good plan B, because what else can you put at grade?

Surely in our walk you noticed our housing. What we are good at in Vancouver, because we’ve figured out the details, is housing at grade — doors at grade. Most other cities still aren’t doing that, although there’s incredible historical precedent for it, like the New York brownstones. Sesame Street, for godsakes, right?

We always have something active at grade, but in most cases, it’s not retailing, it’s residential doors.

What are some guidelines for residential doors at street level?

It starts with designing your building to externalize the front door. That should go without saying, but it seems to be the problem with most architecture — it’s been designed to be internal, and the housing is internal, off the elevator or off the hallway. It’s not off the street.

There are ways you can do it badly. The number one way we’ve observed is to do it flush.

Right up against the sidewalk?

Whereas, if you elevate [entrances], just a few steps — three or four steps — and design a semi-private amenities space, people will use it. They’ll keep their windows open.

You have to delineate, through design, the private, the semi-public, and the public. And you have to do each realm well.

Do those units do well in Vancouver? Do people like living off the street?

Yup. They sell. About 25 percent of our units have to be two-bedroom or more. Usually those at-grade units are part of that calculation; they usually have two or three bedrooms. They’re often the family-oriented units, and having them right on the street is a positive thing. It not only makes the street safer, it makes the street more comfortable and lively.