(Rick Egan | Tribune file photo) A UTA supervisor directs TRAX riders to a bus to get them to the next stop, as Trax trains were not operating in downtown Salt Lake City on Jan. 28, 2017.

Editor’s note: An earlier version of this story relied on poll results that included at least 57 respondents who don’t live in Salt Lake City. A full explanation for this error can be found here. This story has been updated to include more accurate polling data. This does not materially change the results of the poll.

Such support comes as some of the city’s eight candidates for mayor have pushed various forms of the idea, including having the city fund free passes or seeking a state subsidy to make the entire Utah Transit Authority system fare-free.

“If we do that, we’re talking about tremendous decline in air pollution and that is something that’s not just a lot of blah, blah, blah promises,” said former state Sen. Jim Dabakis, one of two mayoral candidates who have campaigned on the notion.

The other is former City Councilman Stan Penfold, who says he was the first candidate to push the concept. He says that not only will it clean the air, it also could bring more opportunity to lower-income people with limited transportation options. “This is a huge benefit to them. It’s an important equalizer.”https://2449eb49c67a5fd5462a96394a3bf939.safeframe.googlesyndication.com/safeframe/1-0-38/html/container.html

[Special coverage: Read more about the mayoral candidates and where they stand on five issues.]

A new poll by The Salt Lake Tribune and the University of Utah’s Hinckley Institute of Politics asked 387 likely voters in the upcoming mayoral election, “Do you support or oppose free bus service throughout all of Salt Lake City?”

The city has already taken actions in recent years to subsidize extra UTA service or reduce costs for residents. For example, city subsidies allow residents to buy monthly HIVE passes for half price for bus, TRAX and streetcar service.

The city recently struck deals to boost the frequency — beginning this month — on several key bus routes with plans for more by using recent tax increases for transit. Longtime deals between Salt Lake City and UTA have also allowed free fares in the central downtown area.https://2449eb49c67a5fd5462a96394a3bf939.safeframe.googlesyndication.com/safeframe/1-0-38/html/container.html

Penfold and Dabakis have pushed for more in their mayoral campaigns.

Dabakis seeks state subsidies to make the entire six-county UTA system fare-free. “The vision has to be that all of UTA is free. Otherwise, we lose the big benefit of clean air” along the Wasatch Front, saying it is not enough to have free fares just in “this isolated pocket of 203,000 people” in the city. 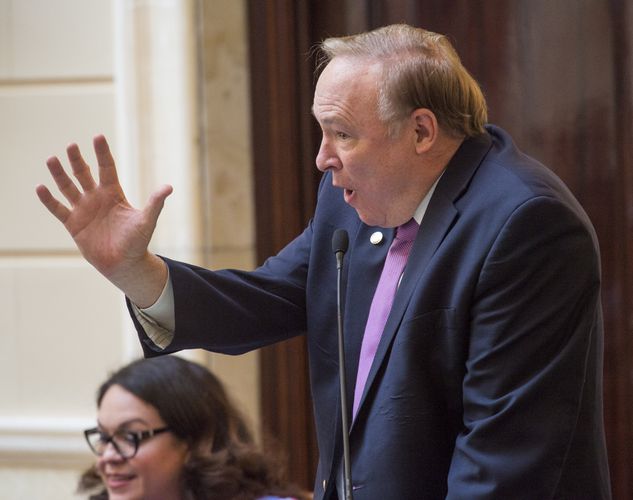 He suggests going to the state to pay for it, and to divert some of the $660 million in general fund money that now goes to roads (on top of money from gasoline taxes) to cover the $52 million UTA now receives from fares (about 11% of all revenue, while most comes from sales tax).

“For a generation, we’ve been talking and not doing anything,” he said. “This will change our air dramatically — and it will happen in weeks and months, not generations.”

Penfold said he would like the benefits that systemwide UTA free fares would bring, but it depends on state action beyond the control of city officials. “So my plan has us negotiating a deal just to do it in Salt Lake City” by offering free passes to its residents. “It’s not just free rides within the city. It’s probably free rides for city residents” throughout the system.

He says he figures a deal could be struck for a couple of million dollars. “In the big picture of things, it’s pretty affordable in the city’s budget.” 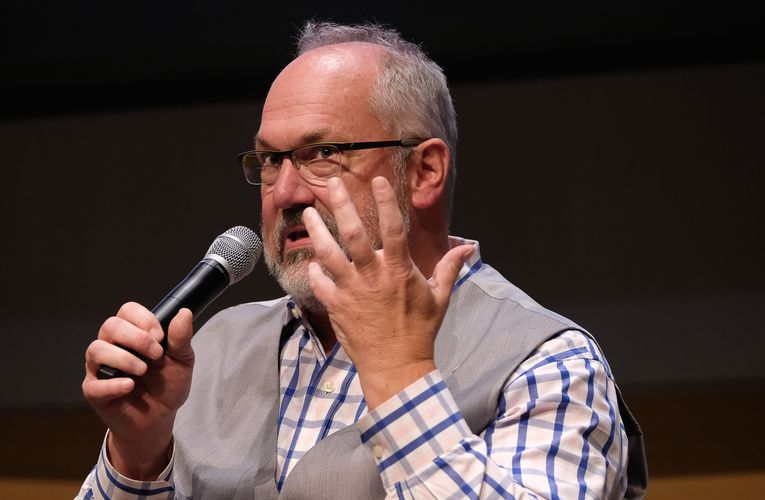 The same poll found that the top issue to most residents is clean air — and free transit could help with that. Some candidates who have campaigned heavily on addressing air pollution also are happy to see support for free-fare transit.

City Councilwoman Erin Mendenhall said she eventually would like to see free HIVE passes for city residents and even workers — but says other steps are likely needed first, such as improving the frequency and reach of the current system.

“Until the system is more widely usable,” she said, “it may be premature to instantly subsidize the entire city’s population.”

Similarly, candidate David Garbett — who made cleaning the air his top issue — said free fare “is a good goal. But it wouldn’t be my first priority in transportation because I think there are a few things we don’t know,” such as how much benefit it would provide, “and it’s pretty expensive to provide that level of service.”

He suggests some experiments — such as providing 500 free passes to see how residents would use them — to develop better estimates. He said it may be wiser to use available money to provide transit that is frequent and convenient to increase ridership.https://2449eb49c67a5fd5462a96394a3bf939.safeframe.googlesyndication.com/safeframe/1-0-38/html/container.html (Francisco Kjolseth | Tribune file photo) David Garbett make a point as he joins his fellow candidates for Salt Lake City mayor during a debate at the Salt Lake City Library on Wed. June 26, 2019.

UTA spokesman Carl Arky said his agency is also studying free fare, hoping to get a better handle on whether it is wise and possible. That includes studying seven upcoming free-fare days the Legislature funded during times of bad air pollution. Also, a federal grant to offer free fares for three years on the Utah Valley Express bus rapid transit system has quadrupled ridership on it.

Arky said while free fares may clean air and reduce congestion, “the challenges would come on the operations side” in how to pay for “staffing, resources (buses and trains), scheduling, operation costs and revenue loss.”

He added, “It’s been proven there are substantial and measurable benefits associated with free service. UTA will be in a better position to answer more specific questions once we receive the results of the studies and have an opportunity to discuss them with Salt Lake City and other stakeholders.”