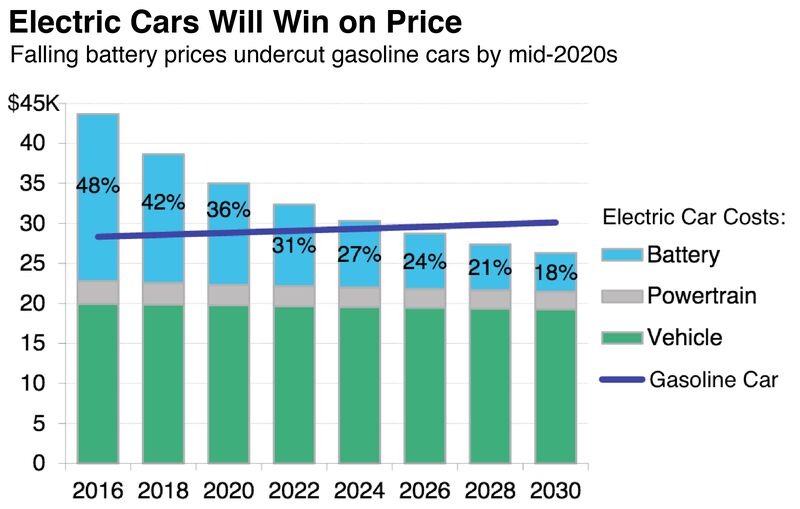 A longer-range Nissan Leaf will be unveiled in September, and depending on its pricetag, it could begin to approach the parity zone in the sub-$30,000 market. 3

And then watch out: In 2018, Volkswagen plows into electrification with an Audi SUV and the first high-speed U.S. charging network to rival Tesla’s Superchargers. Jaguar and Volvo both have promising cars on the way too, and by 2020, the avalanche really begins, with Mercedes, VW, General Motors and others releasing dozens of new models.

When the U.S. incentives begin to expire next year, don’t expect a Georgia-sized collapse in the market. The period of greatest peril is ending for EVs, and the time of greatest promise is beginning. All the top carmakers are investing billions of dollars to electrify their drivetrains, and the smart ones will compete aggressively on pricing in the short-term in order to establish market share for the long haul. Incentives are important, but they won’t define the market for much longer.