Announced earlier today at the at San Francisco’s Commonwealth Club, the coalition—which will focus on San Francisco, Santa Clara, San Mateo, Alameda and Contra Costa counties—is the latest announcement to channel private investments into affordable housing. Last week, Microsoft announced a $500 million investment in the Seattle area, creating a $475 million trust fund to support the creation of middle-income housing and a $25 million donation to address homelessness.

This new activity in the Bay Area and Seattle shows corporations taking a more visible role at a time when affordability is becoming a more pressing political issue, and the role of the tech industry in accelerating housing costs has come under the microscope.

“Talk to anyone in the nonprofit housing world, and they’ll say having the kind of capital Microsoft is putting up is extraordinarily important.”

This new funding addresses a desperate need. For every 100 lower-income renters, only 35 units were affordable and available, according to the National Low Income Housing Coalition. That’s a shortage of 7.2 million units nationwide. The issue has galvanized Democratic presidential candidates, such as U.S. Senators Elizabeth Warren and Kamala Harris, to make housing policies central planks in their campaigns.

But in the long run, advocates question if the private sector should have so much power over housing policy—and if these investments are more self-interested efforts to provide homes for their growing workforce than purely charitable efforts for the entire community.

Some housing advocates see these pledges not just as important sources of capital, but precedent-setting investments that will encourage more corporate action.

“That New York Times story about the Microsoft investment says that we can’t let government walk away from affordable housing,” says Randy Shaw, director of San Francisco’s Tenderloin Housing Clinic, and author of Generation Priced Out. “But the reality is, government has walked away for the last 40 years. Talk to anyone in the nonprofit housing world, and they’ll say having the kind of capital Microsoft is putting up is extraordinarily important.”

Currently, federal government support for housing assistance is a third of what is was in the 1970’s, adjusted for inflation, as cited in the New York Times, and the 2017 tax billdiminished the value of the Low-Income Tax Credit, a key funding source for new affordable housing construction. Combine cuts in support with rising costs for construction and land, and it’s become harder and harder to build affordable units.

The tech industry has long been seen as a major contributor to rising housing costs in the Bay Area and beyond. Amazon’s new HQ2 locations in New York and Virginia have stoked fears of dramatic rent increases. These new investments may represent a belated realization among these companies, some of the richest in the world, that they need to get involved in solving a problem they helped exacerbate.

Why affordable housing is scarce in progressive cities

How cities are getting creative about affordable housing

“Their housing commitment sets an influential precedent and I’m sure will be a conversation-changer within other major employers,” says Bill Rumpf, President of Mercy Housing Northwest, the Seattle-area chapter of the national affordable housing nonprofit.

A changing concept of corporate responsibility?

According to Shaw, the recent string of corporate pledges in the Bay Area comes after decades of asking. San Francisco has been looking for donations from private companies to help tackle the twin challenges of homelessness and affordable housing since at least the 1980s, he says.

“It’s great that these questions are being asked,” says Shaw. “I really regret in the late ‘90s, during the first dot-com boom, there wasn’t pressure for these companies to support more housing.” 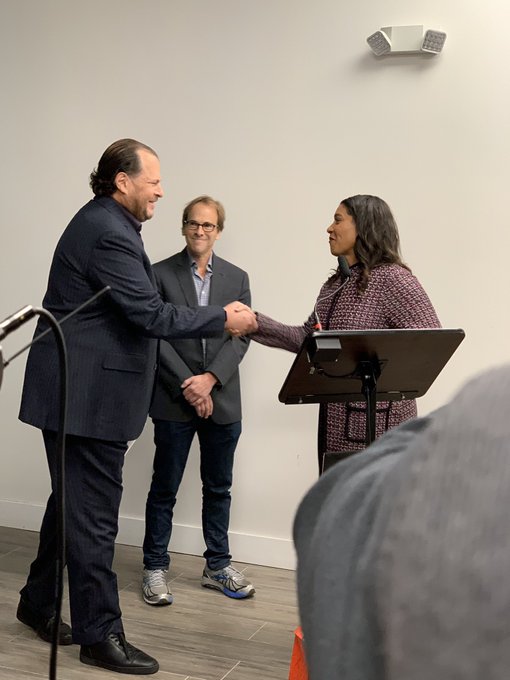 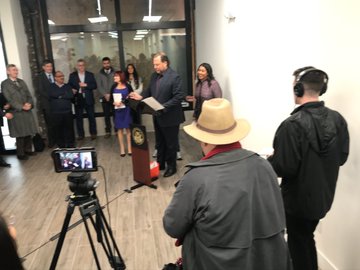 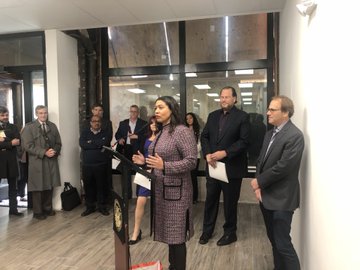 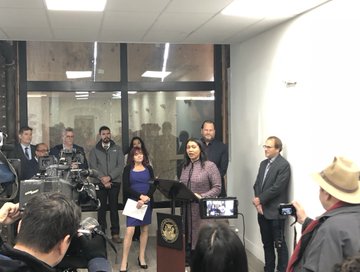 The answer to homelessness is more homes and more services. Prop C will bring $300M a year from the city’s top businesses like mine. While we wait for the financial flow to begin @LondonBreed and I are funding The Bristol Hotel In partnership with @THClinicSF for $6.1M.

One recent turning point, Shaw says, was Salesforce CEO Marc Benioff and his outspokenness over tech’s responsibility to address the issue of inequality. In addition to supporting the campaign for Proposition C, a recently passed San Francisco tax that would levy taxes on corporations to pay for city homeless services, he’s also directly contributed $6 million to Shaw’s group, the Tenderloin Housing Clinic, to help them rehabilitate a hotel to service as transitional housing.

Efforts like the Microsoft pledge mostly provide capital to affordable housing projects, and are more accurately categorized as investments. The company responded to those questioning why they simply didn’t donate all $500 million, arguing that the loan arrangement allows them to keep re-investing the funds in other projects. The Washington-based computing giant is also expanding its headquarters in the Seattle area, adding 8,000 employees that will need places to live. The commitment burnishes the company’s progressive credentials as a selling point for recruitment.

Regardless, Rumpf believes that’s a good way for corporations to leverage their wealth to fill an important gap in the affordable housing ecosystem, preserving and creating some housing that the current public programs can’t touch.

“Most housing advocates, including me, want to see public sources go to serve households with the greatest need,” he says. “Microsoft can help the moderate-middle income tier of people that are squeezed in our market.”

“Most housing advocates … want to see public sources go to serve households with the greatest need.”

Shaw sees both of these initiatives as welcome moves, and catalysts to get more big companies to match similar pledges.

“It’s just a loan, but the capital flow coming from $500 million is a big deal,” says Shaw. “California Governor Newsom says he wants to raise $500 million for housing. I think this will help him do that.”

Now, Shaw and Rumpf suggest, it’ll be harder for other corporations to say that they aren’t making these kind of investments.

“Apple just announced it’s adding 10,000 jobs to Austin, a market where tech workers are displacing low-income families,” he says. “Are we going to ask Apple to make this kind of investment?”