While Extinction Revolution was gearing up for another impressive protest, Barry Lopez was considering a pair of sparrows mating atop a cantilevered sign on New York’s Upper East Side.

It wasn’t the most momentous of couplings, hardly the millions-strong gathering of geese he witnessed in his award-winning book Arctic Dreams or as moving as his account of buffalo sheltering from a late-season blizzard and singing the song of death in Winter Count, but Lopez is as ever on the lookout. Widely considered to be greatest of naturalist writers, Lopez calls the coupling “a refreshment for the eye”.

“I notice those things even in urban environments because they’re a pleasant contradiction to the hammering urban intensity and headlong progress that defines so much of the city.”

Few writers have chronicled more exquisitely how natural landscapes shape and are shaped by human desires and imagination. At 74, his latest book,Horizon, is an attempt to describe his own life through his experience of six regions: Oregon’s Cape Foulweather, where Captain Cook first set foot in North America; the Galapagos, where he observes sea lions caught in a net calm themselves as he works to free them; the high Arctic, again, locale of his greatest work; Australia’s Botany Bay; equatorial Africa; and the ice shelves of Antarctica, where he notes that there is no longitude at the south pole because every direction is north.

But today, Lopez is not here to discuss the broad sweep of his career, though he’s not averse to it. Several years ago he was diagnosed with an aggressive cancer. His message is pressing, and it’s not about the particularities of an urban environment: it concerns the planet’s intensifying biodiversity crisis.

Lopez’s alert comes as the United Nations issued a report blaming human activity for the accelerating decline of Earth’s natural life-support systems that places one million species of plants and animals at risk of extinction.

“Something very big is going on the like of which we have never seen,” Lopez tells me. “I’m trying to see the bigger thing that operates independently from the idea of nation state, what’s going on that’s transcultural, and who are the people worth listening to in a culture like ours where we have pretty much destroyed the elders.”

“My supposition,” he continues, “is that we’re living in emergency times. In the west, we believe we are the most progressive and socially just, but a lot of that is just a hopeful illusion.”

Like many of his generation, his conscience was triggered by the Vietnam war. He came to believe that he couldn’t be considered an educated person if he was informed only by white Christian men – “a solipsistic universe of people like myself”. He decided to seek the knowledge of traditional and Native peoples. 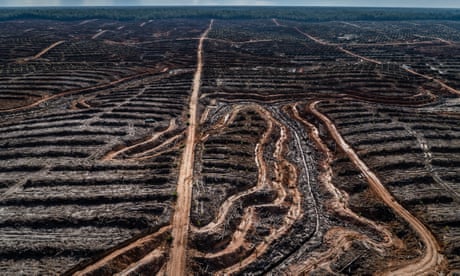 “I wanted to apprentice myself to another world, in part because without it I would simply be thinking and enforcing a set of ideas that are held by relatively few people.”

In those traditional societies, the willingness to experience life on a metaphorical level protects individuals from being ostracized. The more time Lopez spent in them, he says, the more he wanted to be around people “who are interested in taking care of each other, not just themselves”.

The connection he found rests on a deeper level, that is through the environment and the animals that inhabit it. A story about an encounter with a polar bear is just that but to another listener, it’s about the deeper understanding of the other and why there is other. “To an outsider listener it sounds simplistic, but to an adept it’s the consolidation of complex ideas in a few words.”

This is why listening to elders is key. In traditional societies, where stability trumps progress, elders’ function is to maintain stability. But in the west, we’re fixated on progress, whether that’s new cars or new gadgets. “This is seen as a progressive thing but it’s actually a waste of time and resources.”

Indeed, he learned that endless growth was not the answer from traditional people. He recalls asking caribou hunters in Canada’s Brooks Range why they didn’t raise reindeer instead. The hunters told him it would change their lifestyle, which wouldn’t suit them.

Lopez doesn’t understand why we “won’t listen to people who are not like ourselves when we are getting the message every day that climate change doesn’t care if you’re male or female, black or gay. We should be having our elders have that conversation and then we defer to their decision.”

He adds: “I trust that they know what they’re doing, and the more time I spend in the middle of this the more do I see the profound difference between a headlong culture like ours, that is attracted to drugs, attracted to possessions and attracted to progress, that sets up artificial hierarchies – that culture is moving so fast there can be no deliberation. In traditional culture, there is no interest in progress – what you have is pretty good. The idea is to assess anything that threatens stability.”

Sign up for Bookmarks: discover new books in our weekly email

Horizon is full of such observations, even questioning the idea of environmental restoration – a kind of fascism, he suggests, that attempts “to erase the horror of what you see before you. It’s like pacifying a child – just a way to make you feel OK.”

Throughout, Lopez is seeking ways to slow change. His point, he says, is that “every stabilizing force in society is undone by fundamentalist thinking, whether that’s religion or science or government.”

“In traditional society, the elders reject no one and consistently make the right decisions because they want the best for the group. Traditional people are focused on addressing situations that create instability and you have to face the fact they have been right for tens of thousands of years.”

The results are plain to see. Lopez mentions the militia uprising in Sudan, the regimes in power in Brazil, the Philippines, Hungary – “all these Trumpsters coming into positions of power all over the world”. Depressing, certainly, and Lopez says he feels “as abused and intimidated as the next fellow”.

Lopez knows also that there are going to be hard decisions to make. “We’re already applying triage,” he says. The job at hand is to make clear to people “how completely unprecedented and dangerous this situation is, and how we’ve created a suicidal society in order that some can buy a 70ft yacht”.

As he tours the nation’s universities, the argument he advances hinges on what comes next if the idea of nation state is over. He asks students what comes after capitalism and democracy. It’s a question that inevitably produces consternation and hostility. Witness the reaction to Alexandria Ocasio-Cortez, the young congresswoman pilloried for raising uncomfortable topics, including profound changes in lifestyle that are required to even start to stabilize the destruction.

“If you are incensed by moderately progressive ideas, you’re never going to get anywhere,” Lopez says. “If you have to demonize her or embarrass her, all you are demonstrating is the fear that drives your decisions, which is mostly no change.

“AOC is not the problem and she’s barely speaking about the deeper things that have to be considered. This is an emergency, and the changes she is advocating are part of a furious effort to get things moving. God bless AOC. Thank God she’s out there shouting …”

Lopez maintains he’s enthusiastic about humanity’s ability to cope with anything. But for someone who has made a career of bringing the beauty of the natural world to writing, surely it must be distressing to be discussing its collapse.

“I had the privilege to do these things, and I would like the reader to feel a deepened sense of self-worth, a stronger sense of possibility and capability.”

But yes, he says, the radical rearrangement of society that is required is beyond the reach of most people already struggling to survive. “You have to be selective about what you say. It has to be loving, not castigating, and do not destroy anybody’s sense of hope.”

He mentions a poet, WS Merwin, whose poem Thanks he sometimes turns to for solace.

“We must learn to love the mutilated world,” he says, paraphrasing its meaning. “We’re trying to swim in gasoline. It’s impossible, but we swim on …”