A flotilla of tabular icebergs adrift in the Southern Ocean, near the outlet of the Wilkes Subglacial Basin, East Antarctica. (Christina Riesselman)
By Chris Mooney Washington Post, September 20, 2018

Temperatures not much warmer than the planet is experiencing now were sufficient to melt a major part of the East Antarctic ice sheet in Earth’s past, scientists reported Wednesday, including during one era about 125,000 years ago when sea levels were as much as 20 to 30 feet higher than they are now.

“It doesn’t need to be a very big warming, as long as it stays 2 degrees warmer for a sufficient time, this is the end game,” said David Wilson, a geologist at Imperial College London and one of the authors of the new research, which was published in Nature. Scientists at institutions in Australia, New Zealand, Japan and Spain also contributed to the work.

The research concerns a little-studied region called the Wilkes Subglacial Basin, which is roughly the size of California and Texas combined and contains more than 10 feet of potential sea-level rise. Fronted by three enormous glaciers named Cook, Mertz and Ninnis, the Wilkes is known to be vulnerable to fast retreat because the ice here is not standing on land and instead is rising up from a deep depression in the ocean floor.

Moreover, that depression grows deeper as you move from the current icy coastline of the Wilkes farther inland toward the South Pole, a downhill slope that could facilitate rapid ice loss.

What the new science adds is that during past warm periods in Earth’s history, some or all of the ice in the Wilkes Subglacial Basin seems to have gone away. That’s an inference researchers made by studying the record of sediments in the seafloor just off the coast of the current ice front.

Here, they found several layers of sediments that appeared to come from beneath where the ice currently lies, providing a hint that when these layers of the seafloor were laid down, Wilkes contained either less ice or no ice at all.

Those sediments corresponded in time to several well-known past warm periods, when seas rose considerably. But what’s worrying is that these eras were in many cases not much warmer than the planet already is right now. The shape of the bedrock beneath Antarctica, showing the very deep Wilkes Subglacial Basin, using data from the Bedmap2 project. (Stewart Jamieson/Durham University).

Humans have caused about 1 degree Celsius (1.8 degrees Fahrenheit) of warming above the preindustrial planetary temperatures experienced before the year 1880 or so. The world has pledged to avoid a warming above 2 degrees Celsius, and even hopes to hold the warming to 1.5 degrees, but current promises made by countries are not nearly enough to prevent these outcomes.

In other words, we are already on a course that could heat the planet enough to melt some or all of the Wilkes Basin.

The study cannot reveal, however, just how quickly ice emptied out of the Wilkes Basin. The past warm periods in question are thought to have been driven by slight variations in Earth’s orbit as it rotates around the sun, leading to stronger summer heat. That warmth was maintained for thousands of years.

“What we definitely can say is that during the [geological] stages where temperatures were warm for a couple of degrees for a couple of millennia, this is where we see a distinct signature in our records,” Wilson said. “We can’t necessarily say things didn’t happen quick, but we can’t resolve that in our data.”

The new research “contributes to the mounting pile of evidence that East Antarctica is not as stable as we thought,” Isabella Velicogna, a glaciologist at the University of California at Irvine, said by email. Velicogna was not directly involved in the paper.

“What I found particularly interesting is that the authors came to their conclusions using a data record off shore, not directly beneath the ice (which would be ideal), but this is clearly putting more incentive into studying this part of East Antarctica in more detail,” she wrote.

“The only way to obtain unequivocal evidence of the ice sheet retreat they describe is to drill through the ice sheet itself into the basin,” added Reed Scherer, an Antarctic expert at Northern Illinois University. “Until that gets done, this study from just offshore provides the clearest evidence yet that marine terminating glaciers of both East and West Antarctica are at risk for the future as global temperatures rise.”

The new research comes just as the U.S. and British governments prepare to launch a multiyear research project to study Antarctica’s huge and remote Thwaites glacier, which is in West Antarctica and is viewed as the largest risk to coastlines in this century.

The situations of Thwaites and Wilkes are eerily similar — both feature enormous amounts of ice resting on the seafloor, rather than on land, and downward slopes that create what scientists call a “marine ice sheet instability.” And both contain enough ice to unlock 10 feet or more of sea-level rise.

Thwaites is “sitting in a very unfortunate spot … resting over some of the deepest bedrock in West Antarctica,” Ted Scambos, a senior research scientist at the National Snow and Ice Data Center in Boulder, Colo., said at a planning event at Columbia University on Wednesday.

The new study suggests that Thwaites is the beginning, not the end, of our worries. One key difference, though, is that Thwaites is already losing 50 billion tons of ice per year, whereas the Wilkes region appears to be relatively unchanged for now, according to Wilson.

But it may simply be that while the world is already warm enough to awaken West Antarctica, just a bit more warmth will cause the same to happen to parts of the much larger East Antarctic ice sheet. That would not only explain a lot about the link between past sea levels and past temperatures in Earth’s history — it would further illuminate the future we’re heading toward. 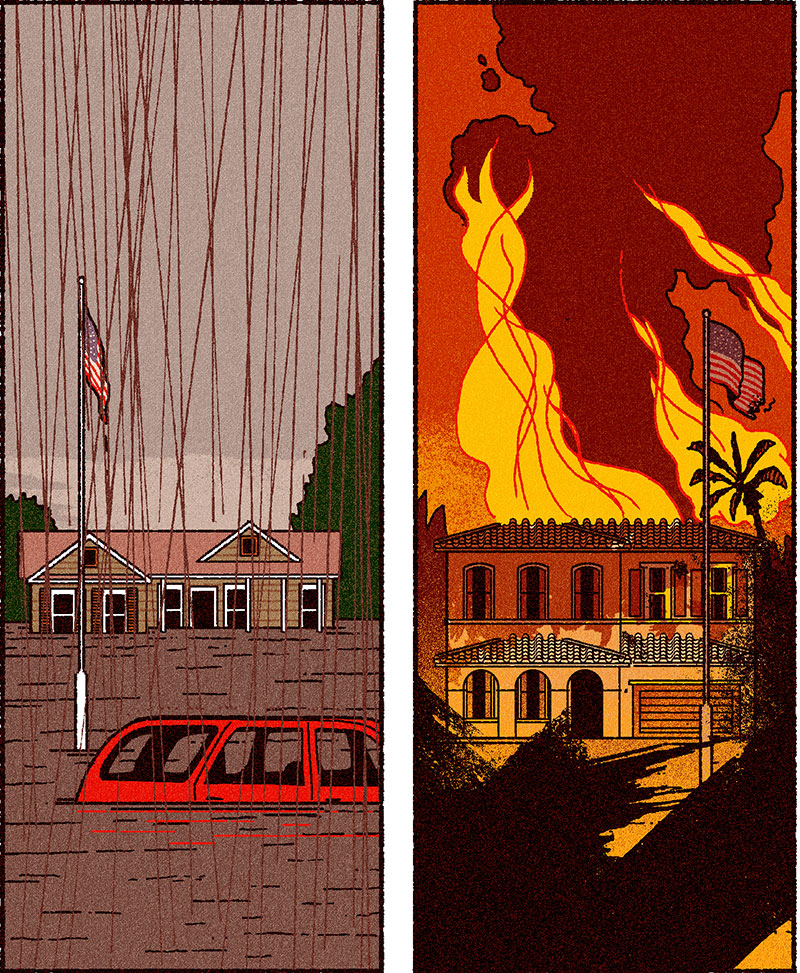