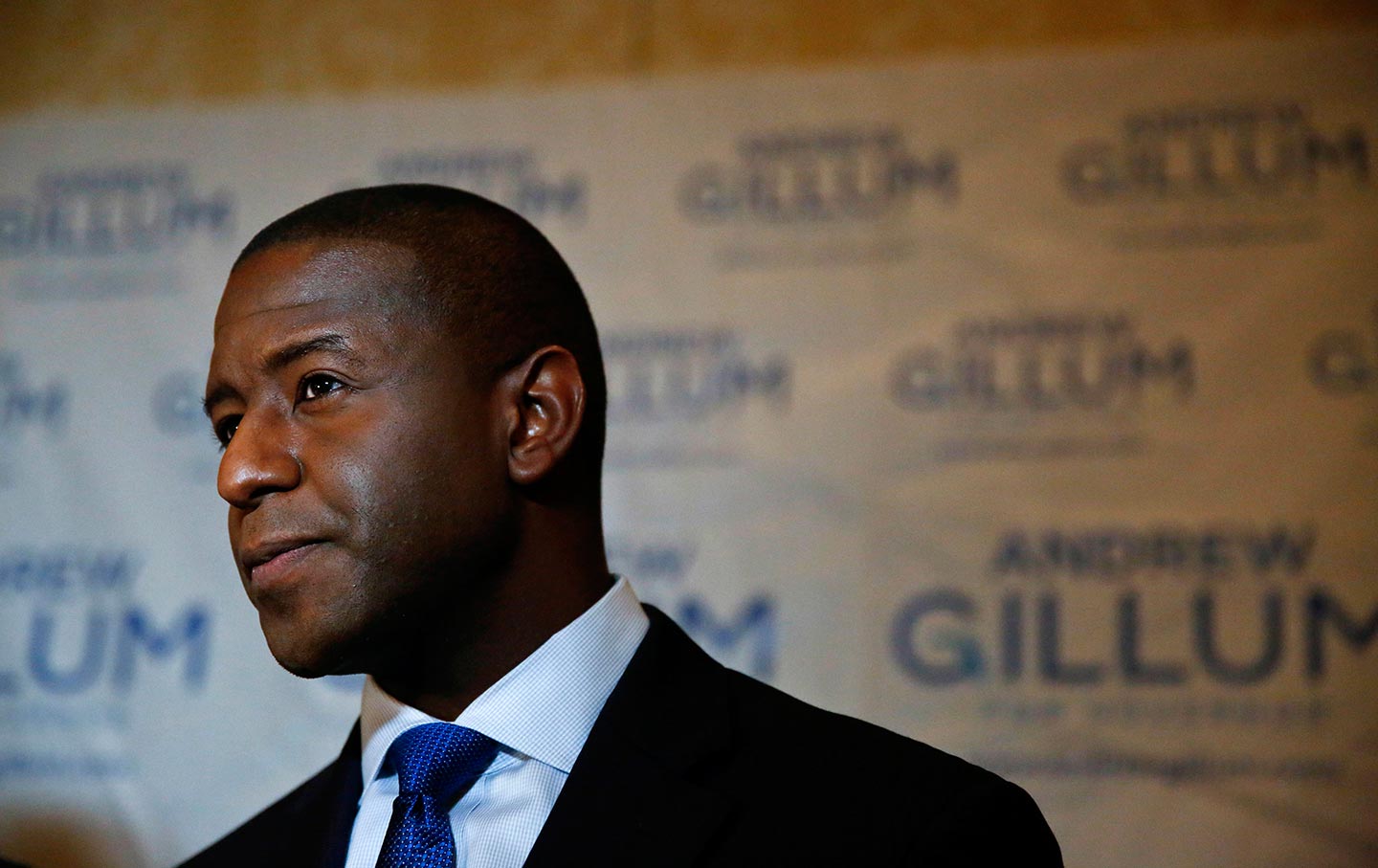 To fully grasp the immensity of Andrew Gillum’s victory in Florida’s gubernatorial primary last night, one would have to have been on the ground to witness the extent to which the Democratic establishment and the media refused to take his candidacy seriously—and the power of the voters that propelled him forward.

Gillum was the most qualified candidate by every measure. He had more years of public service in office than the other Democratic candidates combined. He is the only one who has fought the National Rifle Association in court and won. And, as the final pre-election poll showed, he had the greatest connection with voters under 70.

Yet coverage of his campaign the week before the election either focused on his low rank in certain polls, or wondered out loud if the state was ready for a black governor.

Gillum’s primary night victory has upended the world of Florida politics for its symbolism, its political platform, and the highest voter turnout in the past 10 years that came with it.

There are similarities to other races nationally, but Florida is a unique political animal. It’s the state that ushered in George W. Bush, cemented Obama’s wins, and swung just red enough to give us Trump. It’s in that context that Gillum won, and he did it by doing two key things. He ran on an unapologetically progressive platform, and focused on “anyone who’s ever been told they don’t belong.” He spoke to voters whom his party ignored, and aimed to expand the electorate instead of exclusively trying to sway returning or longtime voters.

Gillum ran as the only non-millionaire in the Democratic race and to be the first black gubernatorial nominee of the party. He offered policies to expand access to health care for all, invest in public education, make sure workers live with dignity, and protect families from “stand your ground,” gun violence, discriminatory policing, or rogue deportation agents.

The fact that the political class viewed Gillum’s bid as “impossible” says far more about how deeply they underestimate young voters and voters of color than about his actual viability. It also shows that transformative solutions for our state aren’t out of reach. 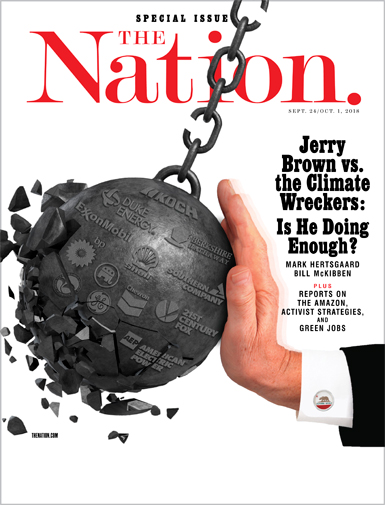 Even though black and Latino Americans make up an increasing proportion of the Democratic Party in Florida, and even after the proven results of platforms targeting these very voters in Virginia, Alabama, and Georgia, we are still deemed “unlikely” in their eyes. If the past two years have taught us anything, though, it’s that the conventional political calculus that predicts what’s likely or possible no longer adds up. If 2018 is not the year that the Democratic establishment learns its lesson, it will be the year that progressive voters will teach it.

For a while now, we’ve been living in a time when people in neither party are interested in governance from the middle. At the state level, Florida Democrats have spent 20 years losing to the Republicans in the governor’s race by a margin of 1 percent—approximately 66,000 votes. Republicans like Governor Rick Scott have used that margin to decimate public education, cap wages at unlivable levels, and allow industry to create the environmental crisis on our beaches.

While the GOP has united around Trump to the point that its nominee’s ads portrayed him teaching his infant son how to build a wall, the Democrats showed in this crowded primary that they are still divided between a corporate agenda and the transformative policies that its base of voters actually desire.

Gillum’s victory reveals how that divide should be resolved. It’s simply not true that Democrats need to tack conservative to win. The party who wrote off his candidacy needs to change, and thankfully the voters exist to change it. Investing in reaching black and Latino voters (in Florida those two categories are not monolithic) pays off—we only needed a small increase in voters of color backing Gillum to win—but it is yet to be fully accepted as an organizing tactic by the mainstream.

If you like this article, please give today to help fund The Nation’s work.

In the aftermath of his upset, some pundits will no doubt crassly reduce Gillum’s win solely to identity. Identity is important, but it is not as simple as demographics. Black voters in Florida and beyond have stood behind Democratic victories in every race. They’re increasingly joined by Latinos, who have inverted their party affiliation in Florida from 37 percent Republican, 33 percent Democrat, and 28 percent independent in 2006 to 37 percent Democrat, 35 percent independent, and only 26 percent identifying as Republican in 2016.

It takes more than demographics to build a multiracial coalition, though. Even though its Latino voters are growing more progressive, Florida also has the deepest infrastructure of white-identified and conservative Latin American elites. Groups like the Koch brothers’ Libre Initiative are present at airports to welcome Puerto Ricans displaced from the island with literature espousing the Republican Party’s virtues along with new voter-registration cards. They offer social programs: GED classes, food pantries, or Deferred Action registration, as recruiting mechanisms for candidates who campaign to take those very services away.

On the progressive side, we’ve yet to see the same resourcefulness from the party or its donors. When candidates like Gillum win, it’s often in spite of Democratic leadership, not because of it. The backing they get is from community groups, not the state party or the DNC.

Our work at New Florida Majority is based on the idea that our communities have the numbers and the power to usher in a new era of people-first politics. We endorsed Gillum in June and formed the New Florida Vision PAC to advocate for him, too. We knew that the numbers were on our side, but for years the missing piece was a candidate with a platform that would actually motivate voters to show up.

Mobilizing the new majority, on paper, is a clear path to victory. But it takes a progressive platform—like the one Gillum offered—to build consciousness and make the multiracial coalition real. When our members endorsed Gillum, their metric was not the money in his bank account or the celebrities at his side but how well he connected to their lived experience and the track record he had of implementing real change as mayor of Tallahassee.

We aimed to reach Democrats’ other swing voters: the ones that will sit out the election if their expectations aren’t met or if they feel they’re being taken for granted. They need campaigns to speak to them in ways that resonate. To that end, we hired canvassers from the community they live in to knock tens of thousands of their own neighbors’ doors. We partnered with the graffiti artist Disem to do a mural in the iconic Wynwood neighborhood and a beloved muralist, Marvin Weeks, to do the same in Liberty City. Our members organized karaoke nights, taco Tuesdays, barbecues, souls to the polls, and a Colombian-style Chiva bus to roll through neighborhoods, a tactic they’d recognize from their home country.

It paid off—but the race is far from over.

As in other recent elections, we saw record voter turnout on election night. But in Florida it was by voters of both parties. We cannot underestimate what will be done to suppress and disenfranchise black voters and intimidate immigrants to protect the Republican hold on the state. To win in November will take more vigilance and deeper commitments than what got us through the primaries.

Still, Gillum’s primary victory has already made history. It brings us the closest we’ve been in two decades to electing a leader with whom we can both see ourselves as well as a more hopeful future for us all.