When it comes to bike lanes in San Francisco, there’s SFMTA—the official transit agency—and then there’s the thorn in its side known as SMFTrA. Their names may look the same at first glance, but don’t be confused.

The San Francisco Municipal Transformation Agency is a group of anonymous traffic-safety activists who formed in response to two deadly hit-and-runs on local cyclists on the same day in June. They’ve performed scores of interventions in areas known to be hazardous to cyclists and pedestrians, typically fortifying bike lanes by lining them with orange traffic cones, or even installing white soft-hit posts in the road.

They’re building the protected bike lanes they want to see around town, and they’ve caused a bit of a headache for local planners this year. Officials have complained the illicit cones and posts violate the city code, impede the work of street-sweepers, and must be removed. As such, the installations usually only last for a day or so. But in October, the SFMTrA scored a victory when the city bowed down and allowed one of their enhanced lanes to remain.

CityLab contacted SFMTrA to find out more about why they do what they do. This conversation has been edited and condensed.

What do you make of your campaign, given it’s one San Francisco ideally shouldn’t need? And how far are you willing to go?

We wish that we never had to do this. Our city should be responsible for ensuring the safety of all citizens using our streets, not just the convenience of drivers. But because our city was not acting with the urgency required, we felt compelled to do some work ourselves.

We are willing to use any reasonable strategy to increase safety for street users and put pressure on city officials to rapidly increase their work to create safe streets.

At what point will you be satisfied with what the city is doing?

We believe that Vision Zero (zero deaths and serious injuries on San Francisco streets by 2024) is an achievable goal. We hope the city can reach this goal, but are concerned that the current rate of progress makes it very unlikely. We would be satisfied if we saw rapid, transformative change across the city to make streets safe and friendly for pedestrians, bicyclists, transit users, and drivers. Our streets should be designed for people, not for cars. 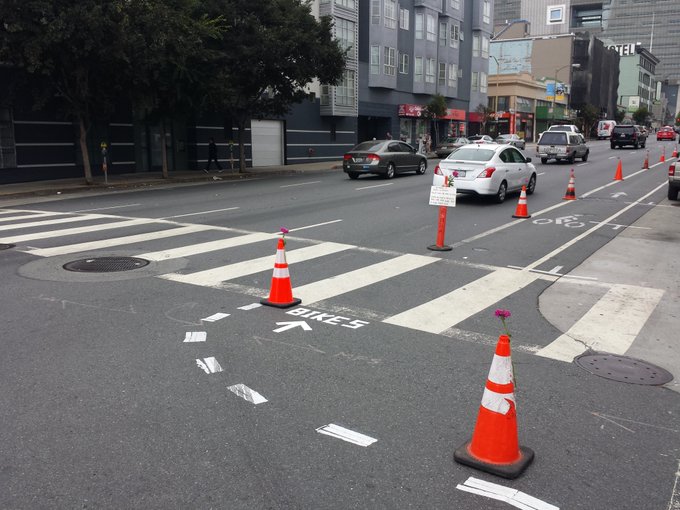 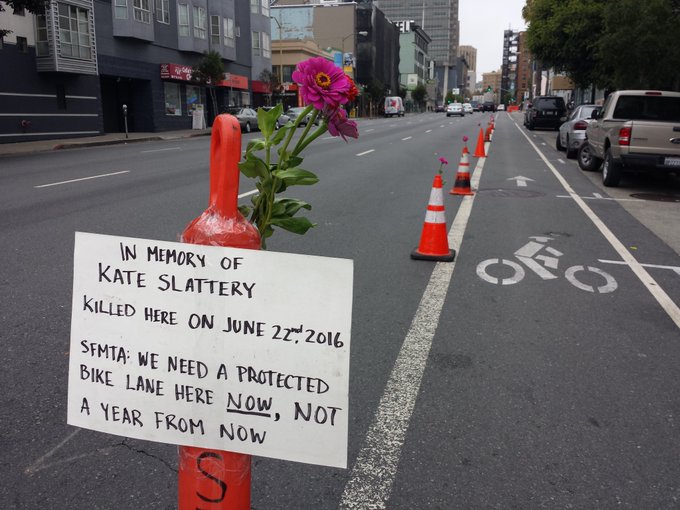 How much has it cost you to make these transformations, and where is the money coming from?

We have received over $12,000 in donations from more than 150 individual donors who saw our work and wanted to support our materials budget. Our original installations with orange traffic cones cost about $20 per cone. White posts cost about $25 per post.

How do people typically react to your exploits?

It’s fascinating to watch our work in action. We will often watch traffic flows before and after our installations and we pay close to attention to how even the slightest shifts in the location of a cone or post can influence the way people engage with the street. Our tools are inexpensive, the installation process is simple, and it has a real and immediate effect on behavior.

What would you say to anyone hoping to do something like this in their own town? And at what point is this the right course of action?

We enthusiastically recommend that others start Transformation groups in their own towns. There are great resources out there, including some info on our website and the newly published Tactical Urbanists Guide to Materials. We are not experts, but we are regular cyclists and pedestrians who, with common sense and some careful observation, are very capable of implementing street safety measures.

If you feel that your city could be doing more to improve safety of vulnerable street users, and the “proper channels” do not achieve results with the quality or urgency required, then this work can make a difference. Even if your city is doing great work, there is always more that can be done and your community will benefit from seeing your unique perspective on street safety and public space transformations.

We started simply: scrounging a few abandoned orange cones left behind at old construction sites and placing them on bike lanes. After posting on Twitter, our group grew, suggestions for installation locations came pouring in, and we quickly received donations that we then used to buy cones, safe-hit posts, and more. Start simply, ask others for help and ideas, and then get out there and do it.

Any particular plans for 2017?

We are excited to get back to work and reach out to a wider range of people and organizations who have concerns about unsafe streets in neighborhoods around the city. We have plans in the works already for a variety of installations. We do hope to continue testing new materials as well. Stay tuned. 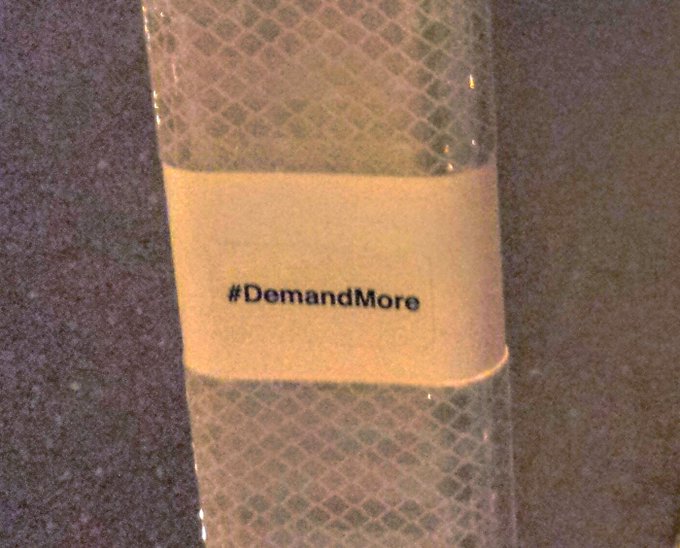 We placed 18 posts tonight. Let’s #DemandMore than posts from our city. We can do better. #WDR2016