What Would the Green New Deal Mean for Businesses? By Sanya Carley and David Konisky, Harvard Business Review, March/April 2019 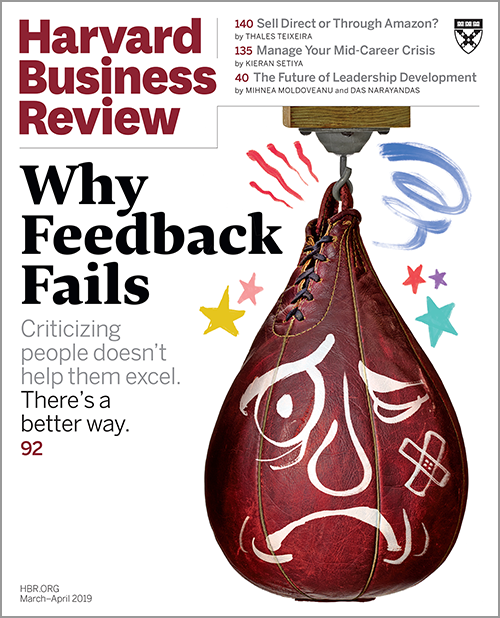 This month, Democrats in the U.S. Congress, led by newly elected representative Alexandria Ocasio-Cortez, introduced a resolution calling for a Green New Deal. This nonbinding resolution is a wide-ranging and ambitious call for government-led efforts to address the causes of climate change, to invest in programs that will help communities fight its detrimental effects, and to do so in a way that is inclusive, equitable, and just.

To successfully implement the climate change mitigation goals of the Green New Deal — which includes ultimately achieving net- zero greenhouse gas emissions — the United States would need to deploy cleaner energy technologies, invest in energy innovation, and eventually convert the transportation sector to an electric mode of operation. These changes would help displace incumbent fossil fuels — coal in the near term, and oil and natural gas in the decades that follow.

In our opinion, given the urgency of climate change, and the disproportionate role that the United States has contributed to the problem, the goals of the Green New Deal are laudable. There is, however, a cost to such a transition. In our research over the past several years, we have analyzed ways in which the energy transition can produce adverse consequences, and worked to identify which communities are most vulnerable, and why. We have found that moving toward cleaner energy sources will continue to disproportionately affect communities whose economies and public finances rely on the extraction and use of fossil fuels.

In Appalachia and other coal-mining regions, a further decline in production will lead to additional job losses, tax revenue erosion, and otherwise weakened socioeconomic conditions. Communities hosting coal-fired power plant operations may be similarly affected. A transition to cleaner sources of energy may also result in increased prices to power homes and transportation, which will place further financial burdens on households that spend a higher share of their income on energy. Finally, some communities will be excluded from the benefits of clean energy jobs due to a mismatch of skills and a lack of training opportunities, as well as access to new, efficient, and low-carbon energy technologies due to a lack of affordability or access.

These vulnerabilities are implicit to the goals of the Green New Deal, and its proponents envision that the government will take the lead role in both hastening the transition and ensuring that traditionally marginalized communities reap the benefits. The government has a key role to play, but so does the private sector. Companies can work to make technologies more broadly available, develop inclusive business models, and target hard-hit locations. Taking advantage of these early opportunities will not only help transform and protect vulnerable communities, it will also allow companies to secure new modes of revenue.

We suggest two broad and complementary opportunities for businesses:

Companies can help reduce the burdens of the energy transition by supporting economically sustainable low-carbon initiatives. Former and declining coal mining regions are on the economic frontlines of the transition. Many such regions in Appalachia and elsewhere are suffering job losses and disruption to the economic and social fabric of their communities. Economic development opportunities targeted to these areas, as well as those that are likely to be affected in the years to come, can help revive stagnating local economies and insulate them from the downsides of the transition.

One approach is to create new economic enterprises where coal extraction previously thrived. The Rocky Mountain Institute recently released a report as a part of its Sunshine for Mines initiative that evaluates second-life opportunities for abandoned coal mines, and provides businesses with an assessment tool to help them calculate the net present value of alternative uses. Possible second-life opportunities highlighted in this initiative include using the abandoned mine to house alternative energy sources such as pumped hydroelectricity or solar panels. The Reclaiming Appalachia Coalition is also working to help identify feasible opportunities for coal mine reclamation. Among them are several agricultural ventures such as CDB and hemp farms, a lavender field land conversion, outdoor recreation resorts, and recycling and reuse centers.

In other areas, businesses can be more proactive in their efforts to expand access to renewable energy. By working directly with local governments, companies can aid disadvantaged populations through urban neighborhood energy deployment efforts. In 2016, DTE Energy took this approach and partnered with the City of Detroit to install over 6,500 solar panels at O’Shea Park on Detroit’s west side, providing energy to over 450 Detroit households. Such developments provide all residents, not just those with the highest incomes, the opportunity to access clean, carbon-free energy.

Two new energy business models have evolved over the past decade that demonstrate possibilities for specifically targeting vulnerable populations: subscription-based community solar and energy service companies (ESCOs). In subscription-based community solar, people buy a subscription to a solar project that is owned and operated by a utility, another energy provider, or their community. They reap the benefits of solar access — reduced emissions and possibly financial savings — without incurring the large up-front cost that comes with purchasing and installing their own solar panels. In ESCOs, firms help other companies design a plan for energy savings through energy efficiency, conservation, or by installing new renewable energy technologies on-site. The ESCO is paid through a portion of the energy cost savings.

New business models for utilities are also important. Utilities can serve functions such as running community solar programs and providing energy efficiency services. They can also provide direct consumer load controls, rent storage systems for residential applications, and other consumer-oriented energy services that help extend the benefits of the energy transition to all communities, not just those that are wealthy.

These relatively new business models help individuals and organizations overcome the challenge of making large up-front investments in efficient technologies, but they are not perfect. Additional innovation will be needed to ensure that the clean energy transition is actually inclusive. Low-to-moderate income households that are more likely to invest in community solar programs, for example, often have poor credit profiles that limit their opportunities for participation. Reaching these populations will therefore require energy providers to devise creative financing options. In the case of ESCOs, members of under-represented groups disproportionately live in older, less energy efficient housing with significant opportunities for energy costs savings. Given the large proportion of renters, ESCOs will need to devise programs targeted at landlords to overcome the widely recognized split incentive problem.

Of course, companies cannot be expected to act alone, or pursue business models that are not profitable. Federal, state, and local government need to do their part to create incentives, or at least not put up barriers, to facilitate the inclusivity of the energy transition. Government also needs to create new programs that encourage companies to partner more directly with public and nonprofit organizations to develop strategies for expanding access to efficiency programs and renewable energy to households with limited financial means.

If companies making positive inroads on climate protection flourish, then the communities where those companies are working have a real chance to thrive. The Green New Deal has amplified the importance of inclusion and equity in the already intense debate about the best ways to accelerate the energy transition in the United States. Given the urgency and magnitude of the climate problem, we need all hands on deck.

Sanya Carley is an Associate Professor in the School of Public and Environmental Affairs at Indiana University and the Chair of their Policy Analysis and Public Finance faculty group.

David Konisky is an Associate Professor in the School of Public and Environmental Affairs at Indiana University.