The Central Park Five marked a political awakening for me. I was just getting to middle school, Jesse Jackson’s historic second run for president had taken place a year earlier, and we were all just beginning to make sense of Reagan and everything else that happened in the 80s. 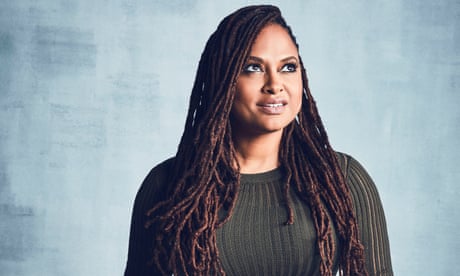 It was scary. I saw the emotional gap between the circle of black folks around our family, who were immediately suspicious of the police and prosecutors – and afraid for the fate of those five boys – and the people in the majority white community around us, who were immediately gunning for racial revenge. I saw how the media both stoked and served the latter, and how the power establishment did, too.

That case helped me see why we needed to change how things worked.

There’s now an incredible opportunity for Ava DuVernay’s highly revealing and motivating retelling of the story on Netflix, When They See Us, to do the same for millions more. A partnership between DuVernay and the online racial justice organization, Color Of Change, connects viewers to the larger movement for prosecutor accountability through an activism platform, Winning Justice. Here we we can convert our outrage into real power through targeted campaigns that can bring about real justice: changing the way youth are treated in the system, ending money bail, ensuring transparency and more.

If the Central Park Five story proved one thing that should motivate us today, it’s that we must ensure prosecutors stand on the side of justice – and on the side of the people they’re elected to serve. We cannot let them serve as enablers of racist politics, corporate profits and increasing mass incarceration.

Taking on prosecutors is the next part of this story. Communities across the country have come together in the last few years to publicise the role of prosecutors in mass incarceration, expose and challenge their ties to the bail industry (and to others who profiteer from racist policies), and set a new agenda for what we should expect from prosecutors in a dozen cities and counting.

Thirty years ago, for my generation, this story was central to our education about how race and politics worked. It became a symbol of our own trauma, too.

Earlier, in 1984, we had experienced the terrifying marketing of vigilante violence against black youth when the media celebrated Bernhard Goetz for shooting and nearly murdering four teenagers on the New York subway, with a jury later acquitting him. We can draw a direct line from the anti-black vigilante violence Goetz represented to the rise of racially motivated “Shoot-First” laws across the country, and to George Zimmerman’s murder of Trayvon Martin in 2012.

Then, in 1989, there was the heightened marketing of state violence against black youth, with Donald Trump (among others) introducing a lynch mob mentality into the media frenzy with his clearly racist calls for a nearly trial-free death penalty, testing out how he would later build a political career on race baiting.Like her earlier documentary on mass incarceration, DuVernay’s mini-series presents a different approach to storytelling in major media: we see how critical it is to change the rules in Hollywood that determine not only what stories are told but also who gets to tell them and under what terms. Changing those rules is a major area of focus for Color Of Change – in entertainment and also various aspects of news. It’s a topic of public conversation we have led under the banner #TellBlackStories.

The next step is action. Through platforms like Winning Justice, we have won changes with the potential to affect millions of people’s lives, and ultimately rewrite the rules for how the system works—changes that seemed impossible just five years ago.

Our movement is ushering in new progressive prosecutors, and keeping them on track for delivering results: exposing police corruption, creating transparency and reducing the jail population, the use of money bail, marijuana prosecutions and other drivers of mass incarceration and racial inequality. From Chicago (Kim Foxx) to Philadelphia (Larry Krasner) to St Louis (Wesley Bell) to Boston (Rachael Rollins) and more. We are just getting started: constantly pushing them to get results, constantly defending them from right wing attacks when they do, constantly expanding the number of cities we’re working in.

This is what happens when people join in to hold prosecutors accountable and move them toward justice when it comes to key cases and key policies. It also means investing in communities that can play a major role in setting the agenda for those who seek to become prosecutor in the first place.

As people learn more about the Central Park Five they will also want to participate in shaping its legacy. We can all do something that matters to put an end to the racism that still drives decision making among so many police, prosecutors and judges today, and the structural incentives that fortify a status quo that is too often unchallenged and unaccountable. We must help channel that energy – focusing not only on what happened, but also on what happens next.

There are real solutions to end mass incarceration. If we can get prosecutors across the country to change these five practices, we can transform our criminal justice system.

Prosecutors must end the pointless and racially biased practice of money bail.

Money bail drives up mass incarceration and puts people in harm’s way for no reason. It punishes people who have not even been convicted of a crime just because they are poor.

Hundreds of thousands of people are trapped in jail merely because they cannot pay the outrageously high bail required to get released, even though they have not even been convicted of a crime. Others fall prey to the for-profit bail bond industry while trying to come up with the money to get out, which can bankrupt them and their family.

Prosecutors must stop putting our children in adult jails and prisons.

Children don’t belong in adult jails and prisons, experiences that can damage them forever and has nothing to do with community safety. We all know that children are not adults and need their own protected environment and should not be incarcerated at all.

An estimated 200,000 young people are caught up in the adult criminal justice system every year. It disrupts their education at a critical moment of development, exposes them to bullying and violence they are too young to defend against, and creates enduring psychological trauma by tearing them from their homes and support networks.

Read “When Kids Are Sentenced to Die In Prison: How the Mecklenburg County District Attorney Can End Death by Incarceration for Kids.”

Prosecutors must stop unwarranted and unhelpful prosecutions of low-level offenses.

Racially biased over-charging and over-sentencing increases mass incarceration but doesn’t make anyone safer. Low-level offenders face unjust and excessive sentences compared to their offenses. No one’s life should be ruined because of a minor offense.

Across America, hundreds of thousands of people who pose no harm to public safety are sitting behind bars, often just because they are Black, Brown or poor. Criminalizing and incarcerating low-level offenses is ineffective in reducing crime. It also disproportionately impacts communities of color, while lining the pockets of prison profiteers.

Prosecutors must practice transparency and share information about their offices.

Prosecutors have incredible power over the fate of people’s lives, even entire communities. Like any official, they should not be able to keep secret what their offices do, or bury information they have about the police, court system or anything else the public deserves to know.

Prosecutors have access to incredible amounts of data, yet their lack of transparency means that we do not know if they are treating all people fairly and by the same standard, or letting police off the hook for violence and violation of our rights.

Prosecutors must stop separating families and removing people from their communities.

Over the last decade, an estimated three million immigrants have been deported. Most of these deportations are unwarranted and often an excessive response for misdemeanors such as traffic violations and theft. Many of these deportations could not have happened without the involvement of local prosecutors.

Prosecutors must do their jobs—prosecuting police officers when they break the law.

Prosecutors almost always stand in the way of accountability and justice when police officers and police leadership violate people’s rights, tamper with evidence or testimony, take part in corruption or commit violence and harassment against our communities.

In 2015, 986 people across America were shot and killed by police officers, but prosecutors did not convict one police officer for murder or manslaughter. Prosecutors have the power to do the right thing, but we must build the power we need to makes sure they do. Black people suffer not only from police murder, but from daily police harassment and abuse, which prevents us from feeling at home in our own communities, and ultimately drives up mass incarceration.