Agreat deal of confusion surrounds America’s extreme inequality, what causes this inequality, and how we can check and then reverse it.

That needn’t be. Ultimately, economic inequality comes down to the concentration of wealth at the top, and we can explain the dynamics of that concentration in a few simple rules — and one not so simple, but understandable, computation.

Rule One: For those at the top, every tax is a wealth tax.

In America, we have many types of taxes. We have income taxes, sales taxes, excise taxes, property taxes, and estate taxes. For most of us, how we’re taxed matters. Sales taxes impact our spending decisions. Income taxes impact how hard we work, how much we save, and when we retire.

For those at the top, the type of tax doesn’t matter so much. From the perspective of the wealthy, every tax amounts to a wealth tax. Why should that be the case? Income, sales, and other existing taxes don’t particularly influence the spending decisions the wealthy make or such mundane judgments — to them — as how many hours they work, when they may be able to retire, or whether they need the additional income from a spouse’s job.

Our existing taxes only impact the wealth of our ultra-wealthy. Tax payments, to be more specific, only determine how fast or how slow the wealth of the wealthy grows.

Rule Two: Wealth concentrates at the top when we have insufficiently taxed wealth.

Thomas Piketty’s best-selling book, Capital in the Twenty-First Century, has one core takeaway, the simple notion that the wealth of those at the top will grow at a rate faster than the rate of growth for a nation’s overall wealth, unless taxes on the wealthy reach a sufficiently high level.

The reason? The super-wealthy have built-in advantages over the rest of us when it comes to growing wealth. They hire professionals to manage their investments. They have the financial wherewithal to make high-yielding investments — provide the seed money for a promising start-up, for instance — that the rest of us don’t have the resources to make. And the living expenses of the ultra-wealthy consume only a tiny portion of their wealth compared to the rest of us.

Only stiff taxation on the rich can level the wealth accumulation playing field.TAXES ON AMERICA’S RICHNow running one-sixth of what they used to be

Politicians and pundits often tell us that the rich must pay their fair share of tax. Nobody disputes that point. The dispute centers on how we define “fair share.”

Let’s start our defining here: Society suffers when wealth continually concentrates at the top. If the rich are increasing their wealth at a rate faster than society at large, the concentration will continue. Inequality will become more extreme, to the detriment of most all members of that society.

So when are the rich paying their fair share in tax? They’re paying that fair share when wealth is no longer concentrating at the top. Over the past four decades, unfortunately, American tax policy has offered a shining example of the exact opposite. We’ve had a tax system that has sped the concentration of wealth. Since 1980, our tax policy in the United States has taxed work more and wealth less. As a direct result, taxes on America’s wealthy have declined dramatically.

A recent Institute for Policy Studies briefing paper estimates that billionaire tax payments, as a percentage of their wealth, have dropped by an astounding 79 percent since 1980.

We can, fortunately, measure how tax policy is impacting wealth concentration and, in the process, estimate how far short of “fair share” the taxes rich people pay end up falling.

Things didn’t have to work out that way. They would have not worked out that way if we taxed the wealthy more heavily.

At that level of wealth concentration, the average top .01 percenter held about 230 times as much wealth as the average American. In dollar terms today, a 2.3 percent wealth share for the top .01 percent would have fewer than 13,000 households sharing over $2.5 trillion in wealth, an average wealth of approximately $200 million per household.

How did that transformation occur? America’s tax policy changed radically. After three full decades at the “fair share rate”, the tax payments required of America’s wealthiest dropped precipitously. The taxes paid by top .01 percenters, as a percentage of their wealth, dropped more than four percentage points below the fair share rate — the rate that would have prevented American wealth from concentrating at the top.

If we’re ever going to stop — and reverse — America’s extreme inequality, the radical tax policies of the past four decades must change and must change soon.

Phoenix attorney Bob Lord, an Institute for Policy Studies associate fellow, has practiced tax law for most all of the years since 1980.

Rules of the road: Partnering with public libraries for collective impact

Aimee James, the director of the Wilkes County (NC) Public Library in the rural foothills of the Appalachian Mountains, told me “as long as it’s something that benefits our patrons and it’s not illegal, I’m willing to try anything once.” One can see this attitude play out in the extraordinary variety of services public libraries have offered, which span the range from checking out snowshoes to parkour classes to hosting community gardens.

In an attempt to influence policymakers to invest in a more efficient and sustainable grid, the Rural Power Coalition, a coalition of organizations and individuals standing in solidarity with rural electric cooperatives around the country, sent a letter to Congress last week urging them to enact a list of policies to support rural electric cooperatives across the country. 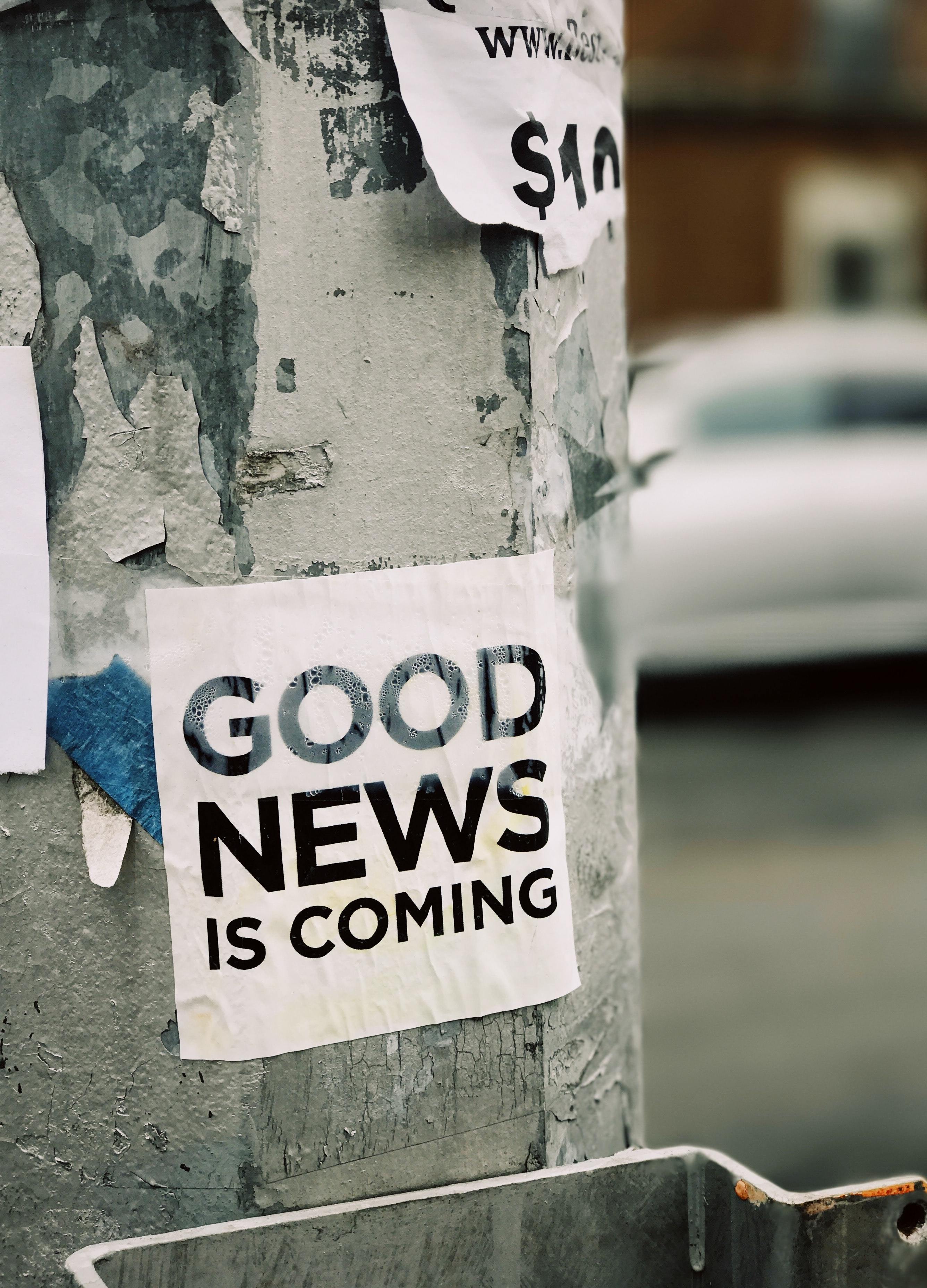 How I became hopeful again through a year of local, grassroots action

What did Neal Gorenflo learn from such a momentous year, one in which he lived more locally than ever? He learned many things. Gorenflo shares his top lessons learned about local change-making. Some of these lessons aren’t surprising, but the first-hand experience increased his conviction of long-held hunches.

The Centre for Public Impact & the Australia and New Zealand School of Government are hosting a free webinar series on “Reimagining Government“. The first webinar – on Failing Forward in Government – will take place on 16 March, 10am – 11:15 am AEDT.  Click through to explore the series, access curated materials for the first webinar, and join the Community of Practice on Slack, with interactive sessions, conversations, and networking opportunities!

A Garden in the Street with Anne Beamish

When James Stuart declared in 1771 that “a garden in a street is not less absurd than a street in a garden,” he was right. It did seem like a ridiculous idea. Tree roots broke up pavements and sewers, falling leaves clogged an already inadequate drainage system, and worst of all, they were fire hazards. But within thirty years this attitude had completely reversed in America. Because of new ideas about urban beauty and ornamentation; new medical theories about how trees could help prevent disease and epidemics; and the introduction of fire insurance, street trees became an urban necessity, not an absurdity.

From green privilege to green gentrification: Environmental justice vs White Supremacy in the 21st century American and European city with Isabelle Anguelovski

Sacred Civics: What would it mean to build seven generation cities? with Jayne Engle

Organizing for Food Sovereignty in Boston: A Personal History with Greg Watson

From Spatializing Culture to Social Justice and Public Space: A Journey from Research to Action with Setha Low

A Garden in the Street: The Introduction of Street Trees in Boston and New York with Anne Beamish

The Co-Cities Project with Sheila Foster

The Past, Present, and Future State of Cities with Kurt Kohlstedt

Cities@Tufts is a cross-disciplinary academic initiative that recognizes Tufts University as a leader in urban studies, urban planning, and sustainability issues. Anchored by the department of Urban and Environmental Policy and Planning, it aims to highlight our impressive contributions in community strategy, civic democracy, ethnographic research, urban and community health, food justice and security, urban politics and economics, social inequalities, and GIS. Cities@Tufts works with students, academics, policymakers and planners, businesses, and community stakeholders to develop cross-disciplinary and cross-sector collaborative and community-based research. We aim to develop solutions to today’s urban challenges and opportunities based not on presupposed notions but on being critical: first asking the right questions.

Shareable is an award-winning nonprofit media outlet, action network, and consultancy. Our mission is to empower communities to share for a more resilient, equitable, and joyful world. We inspire social change by publishing solutions-based journalism, running campaigns, and helping our consulting clients achieve their goals through sharing. For more information visit shareable.net.

The Kresge Foundation was founded in 1924 to promote human progress. Today, Kresge fulfills that mission by building and strengthening pathways to opportunity for low-income people in America’s cities, seeking to dismantle structural and systemic barriers to equality and justice. Using a full array of grant, loan, and other investment tools, Kresge invests more than $160 million annually to foster economic and social change. For more information visit kresge.org.