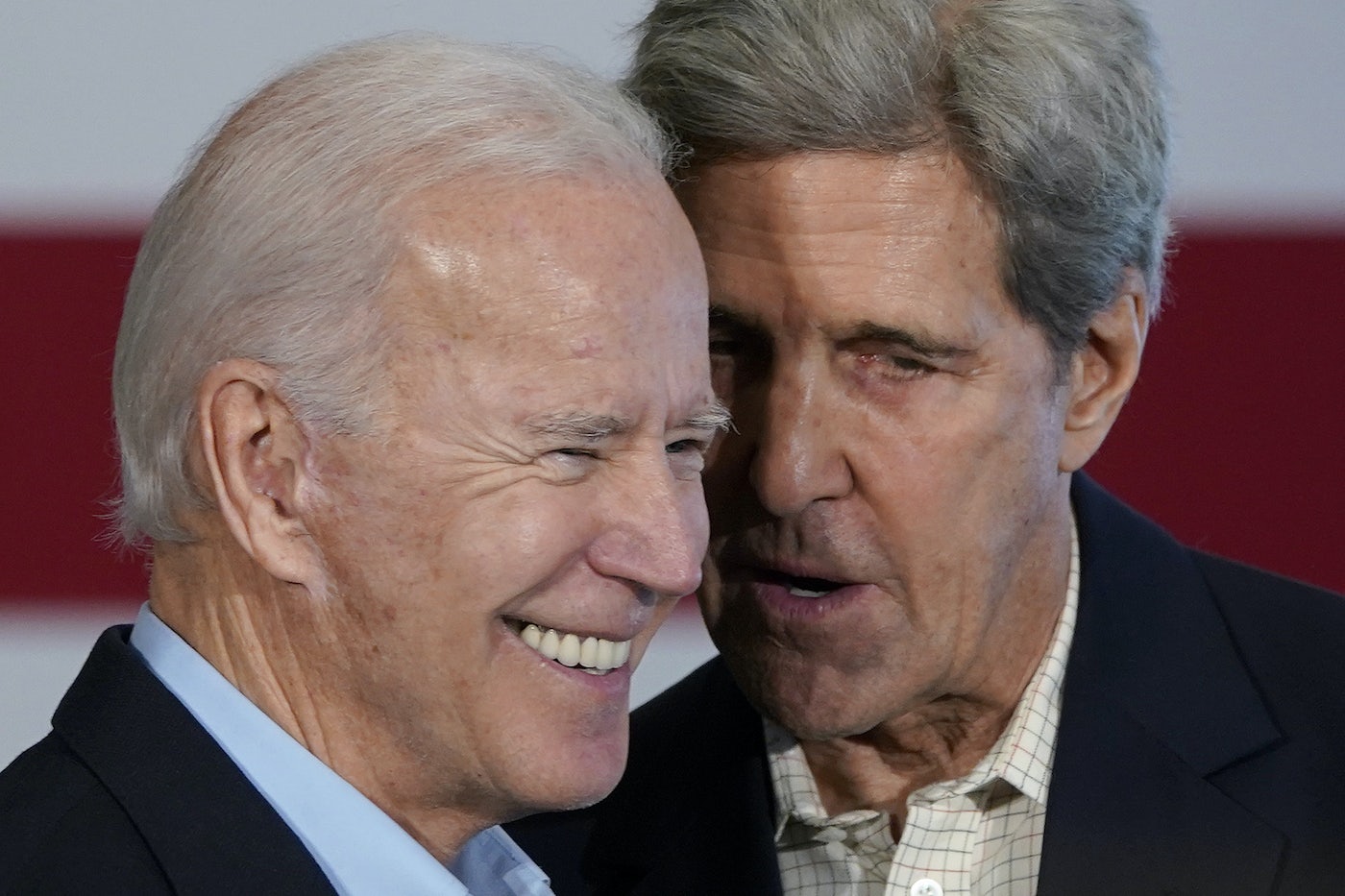 Joe Biden’s picks for top national security appointments, reported by multiple outlets Sunday and Monday, are about what you’d expect: Longtime allies to the president-elect are getting another crack at the White House, many taking a pay cut after having spent years in the private sector. Former Undersecretary of State Antony Blinken is slated to become secretary of state; former Hillary Clinton aide Jake Sullivan will be national security adviser; and Avril Haines is slated to serve as director of national intelligence. Most novel is the announcement that former Secretary of State John Kerry will take on a new post, serving as a high-profile climate envoy housed within the National Security Council.

Progressives—while pleased to see the creation of Kerry’s new post—couldn’t help but observe a theme among these appointments: lucrative sabbaticals in the private sector. Blinken, Haines, and other less well-known Biden national security insiders in line for big posts, The American Prospect and others have noted, spent the Trump years cashing in on their Obama-era connections through consulting gigs. Less discussed, though, was what they were up to in office. When it comes to climate policy, that part of their record deserves just as much scrutiny as their employment during the off years.

The Obama administration by and large did not see a contradiction between continued fossil fuel development and curbing emissions, adopting an “all of the above” approach to climate and energy that included supporting both renewables and incumbent fuels—especially shale gas. Just days after the Paris Agreement was brokered in 2015, for instance, Obama signed a bill repealing the crude oil export ban, allowing the prodigious amount of fossil fuels being produced here to flow freely out of U.S. ports.

U.S. statecraft has long played an integral part in maintaining and encouraging the American fossil fuel sector, with generations of diplomats having seen energy security and national security as one and the same. And the Obama administration certainly didn’t end the State Department’s fealty toward the oil and gas industry. In 2014, an expansive report from Mother Jones detailed the department’s Global Shale Gas Initiative, aimed at spreading the gospel of shale gas to countries around the world. Troves of State Department documents from the era show that it was intensely interested in using the shale boom to serve multiple goals: speeding up shale gas development abroad; opening up new markets for U.S.-based fossil fuel companies; and, most importantly, using gas as a geopolitical tool—particularly as a means of lessening Europe’s need for Russian gas.

Blinken’s own participation in this project isn’t clear, but as recently as 2015, he praised Eastern European countries’ domestic fossil fuel development and called for more of it. “When President Obama took office, the security of America’s energy future was not exactly a subject for optimism,” he said. “But seven years of foresighted investments are beginning to pay off for the citizens of the United States and the world beyond. We’ve increased, as you all know, production in significant ways,” Blinken boasted, referring to fossil fuels before talking about development in wind and solar power, too.

The announcement of Kerry as a sort of internationally focused climate czar was mostly cheered, given his role helping broker the Paris Agreement. Recently, he founded a bipartisan initiative on the issue called World War Zero. But Kerry was once an “all of the above” man, too. “The bottom line,” Kerry said in 2015, “is that I don’t see oil changing significantly, and I don’t think most of the market folks I talk to anywhere in the near term. And who knows if even ever, depending on what happens with these other market signals and choices that people make. Now, we’re going to be using oil for years and years to come in one fashion or another.”

Kerry also championed the Trans-Pacific Partnership in his last few years in office, which—like many other trade agreements—would have allowed corporations and investors to sue sovereign governments if they infringed on their profits, including with environmental protections. These sorts of clauses are a little-known but powerful tool for corporations to block policy. Public Citizen estimated that the TPP could have more than doubled U.S. exposure to that Investor State Dispute Settlement system, which has been used most often to challenge energy policy.

Then Vice President Biden’s Caribbean Energy Security Initiative—championed by Kerry, Blinken, and then–Energy Secretary Ernest Moniz—sought to expand the “safe and responsible development of offshore hydrocarbons” (aka fossil fuels) in that region, as well as provide technical assistance for the “implementation of cleaner energy, drawing upon solar, wind, geothermal, bioenergy, and natural gas supplies,” among other goals. Special OfferPostelection updates:
3 months for $5Subscribe

With this returning cast, it’s entirely possible that a Biden administration could continue with the Obama era’s Janus-faced climate policy agenda: investing in clean energy domestically while doing little to curtail domestic fossil fuel production. That could be a disaster for global warming. Even if solar, wind, and electric car incentives do manage to seriously cut into domestic fossil fuel demand, that wouldn’t necessarily stop oil and gas companies from sending their products abroad—potentially with diplomatic support from a State Department eager to use fossil fuels as geopolitical leverage. Exports could continue apace even as the administration formally strives for net-zero by 2050 and rejoins the Paris Agreement.

That scenario is hardly set in stone, though. To a certain extent, each of these men was only following reigning consensus, although climate campaigners long questioned the viability of treating gas as a bridge fuel. Green-tinted gas boosterism was par for the course during the Obama administration, and times have changed. Whatever plausible deniability may have existed for seeing expanding fossil fuel development as the best path toward a low-carbon future has melted away; alarming new reports about methane leakage and flaring in the last few years have shown that it may not offer the greenhouse gas savings over coal that energy wonks once hoped. Continuing to build new gas infrastructure, moreover—whether in the form of new gas-fired power plants or export facilities—threatens to lock in polluting infrastructure that should be wound down as soon as possible. Climate science has only gotten more dire since Obama left office, and studies like the U.N. Production Gap Report show the need to start winding down drilling on a rapid timeline.

Biden’s foreign policy insiders may well have adapted with the times. But as the pandemic-stricken and rapidly warming world careens towards January 20, it’s worth finding out for sure. The Obama administration conceived of climate policy as an issue that floated above supposedly meatier concerns like jobs and the economy. Airy talk of a clean energy future at home and the Paris Agreement abroad went hand in hand with trade agreements and investment treaties that enshrined polluters’ rights to keep fueling the climate crisis. If the Biden administration wants to make any progress, it’ll have to break down that carbon-intensive division of labor.Kate Aronoff @KateAronoff