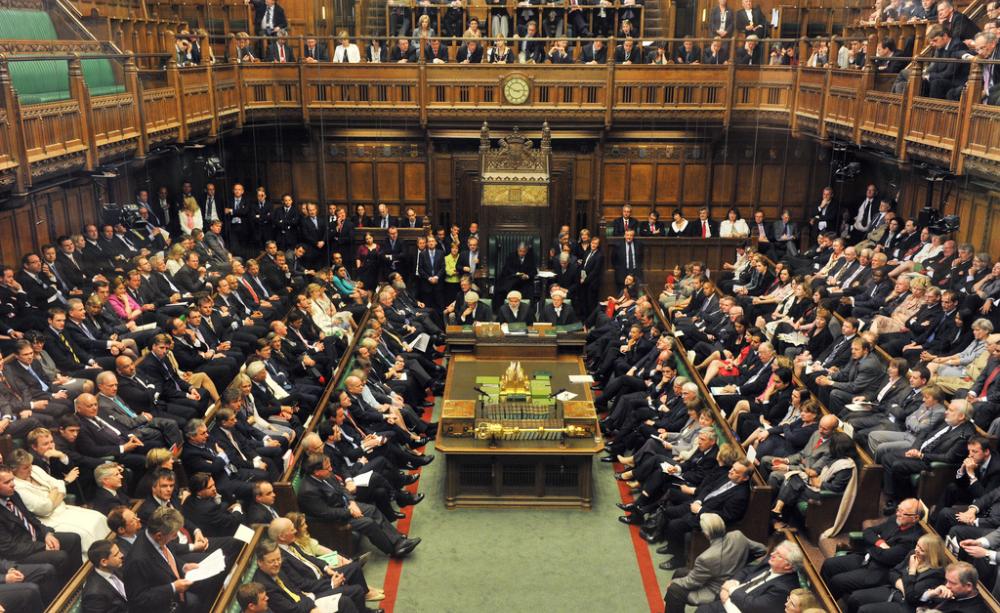 A lack of political will to address climate change could be attributed to cultural constraints and social pressures.

“I was known as a freak”, a politician told me recently with disarming directness, as we sipped our drinks in a smart London hotel.

He was describing to me how, during his time as a Member of Parliament, he had talked openly and often about the challenge that climate change poses for politics – and, as a result, how his colleagues saw him as something apart from them – a “freak”.

As so many commentators have pointed out, we know what we need to do to keep the world within relatively safe temperature limits, and we have a whole set of technologies that we can deploy to help us. But global carbon emissions continue to rise, rather than the steep decline that the science shows is urgently needed.

It’s hardly surprising, then, that frustration is building with our politicians, most of whom still seem unwilling to provide the leadership that is required.

Over the past three years I have interviewed more than twenty Members of Parliament as part of a research project for Lancaster University and Green Alliance. I’ve been trying to understand how politicians see the issue, and to help develop better political responses to climate change.

The “freak” I described earlier was not the only politician to worry about how they would be perceived if they took a stand on climate change. One said she didn’t want to be seen as a “climate change zealot”, another used the word “outsider”, and one described the core of committed MPs who champion climate issues as “the obsessives”.

These findings point to a basic sociological truth that needs to be addressed if we are to tackle climate change: the cultural barriers that stand in the way.

It is easy to be dismissive of politicians who don’t want to stand out from the crowd, or seem scared to stand up for what they believe in. But humans are social animals, and we take our cue from the institutions and behaviours that we see around us.

If you doubt that, imagine getting into an outrageous fancy dress outfit for a friend’s party, only to discover, when you arrive, that it isn’t fancy dress after all. Or hearing about your neighbour’s far-flung holiday, and wanting to ask whether they had thought about the carbon emissions, but not wanting to sound preachy or unfriendly.

The feeling of vulnerability and uncertainty that comes from being different, or speaking out, acts as a powerful constraint. There is very strong evidence to suggest that we are conditioned by the norms and shared understandings of the society we live in – and politicians are no exception to this.

So how do these cultural norms stand in the way of political action on climate change?

There are at least three ways in which politicians feel culturally constrained: within their own working environment; in their interactions with experts; and when they consider the wider social understandings of climate change.

First, the House of Commons is, undoubtedly, an institution with its own strong culture and expectations.

Work by the sociologist Nirmal Puwar shows how difficult it has been for female and ethnic minority politicians to ‘fit in’ to Parliament, because, as Puwar argued, the institution is implicitly gendered and racialised. As she writes, “there is a behavioural male norm and women are under assimilative pressures to conform to that norm”.

Caroline Lucas’ account of entering parliament as the sole Green Party MP is striking, in that the isolation Lucas feels is not just political, but personal and social too.

My research shows that taking an active role on climate does not fit current institutional norms. Politicians must choose to keep quiet, to carefully manage what they say, or to speak out and risk being branded as an outsider.

A number of politicians told me their worries that being outspoken about climate change was “a career-limiting move” – which matters not just for them, but because it effectively bars straight-talking climate advocates from high office.

Second, those politicians who did advocate strong action did not feel they were always supported by experts outside parliament.

One described how business leaders, academics and others, invited in to advise parliamentarians, themselves adjust what they say to be seen as credible. As she explained, they “tailor what they’re saying to that audience [of MPs], because they don’t want to sound like an outlier… it’s something about this place, I think, once you get inside one of those committee rooms.”

The climate scientist Kevin Anderson, head of Manchester’s Tyndall Centre, has been very critical of fellow academics for tailoring messages in this way.

Third, there was a strong sense among the MPs I talked to that there was very little support from their constituents for action. Although Government polling shows that around 70 percent of the population are ‘very or fairly concerned’ about climate change, politicians reported few conversations or requests from constituents on the topic.

A typical comment was, “I’ve knocked hundreds, literally thousands of doors, and had tens of thousands of conversations with voters… and I just don’t have conversations about climate change.” This may be because of similar cultural constraints at play.

The anthropologist Kari Norgaard studied climate understandings in a Norwegian village, and uncovered a paradox: that residents are aware of, and concerned by, climate change, but choose to ignore it.

She asks, “how could the possibility of climate change be deeply disturbing and almost completely invisible — simultaneously unimaginable and common knowledge?” She labels this phenomenon ‘social denial’.

Taken together, these three cultural constraints help to explain why ‘political will’ is so elusive. I don’t want to excuse politicians, but to understand them, and to explore how we could develop a more honest and radical climate politics.

My research shows that it is not enough to tell politicians about the science, and prescribe policies that are, according to experts, efficient and effective. There is another important question to ask: does the proposal build and extend the political mandate for climate action?

In a report for Green Alliance, I suggest some ways forward. The first sounds obvious, but could be transformational. Those of us who want to see action on climate should talk about it, as much as we can. Talk to your MP, your local councillors, and anyone running for office.

I can recommend the excellent resources provided by Hope For The Future, which cover all the practicalities of how to get a meeting, and what to say.

Second, experts – not just politicians, but climate experts too – should stop second-guessing what people think about climate action, and instead ask them, through deliberative processes which allow citizens and experts to meet on equal terms to debate and agree solutions. The recent Citizens’ Assembly on Climate Change in Ireland is a great example of this.

Last, there is a need to design policies which build engagement and public support for further climate action. Possibilities could involve local or community ownership of renewable energy; involvement of citizens in determining local transport budgets and strategies; and initiatives like Scotland’s Just Transition Commission, which is looking at ways to ensure that jobs are safeguarded and communities supported in the transition from high-carbon to zero-carbon.

I’ve shown here that our current political system doesn’t account for climate change very well, and that politicians struggle to make it relevant. But things can, of course, change.

I only need to point to the incredible Sunrise Movement in the US. They’re working with newly elected Democrat politician Alexandria Ocasio-Cortez to point out how climate change can, suddenly, be front-and-centre of political life.

Understanding the cultural politics of climate change might just help us make the breakthrough we need.

Rebecca Willis is an independent researcher. Her work focuses on environmental politics and policymaking at both a national and local level.