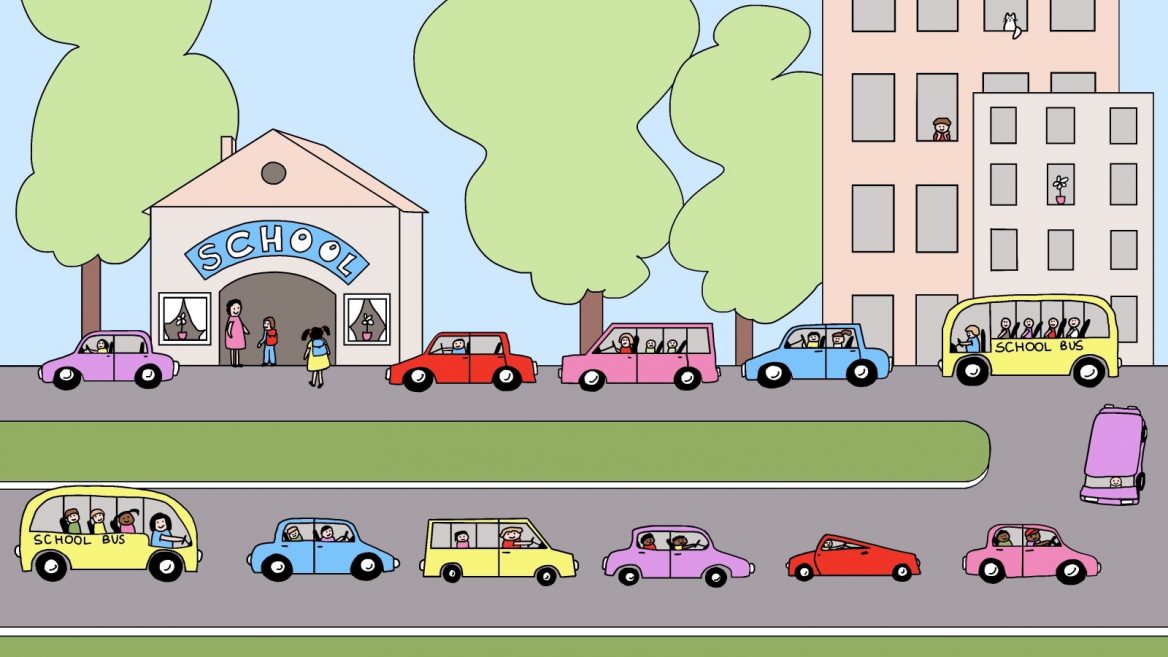 Aviv Matzkin teaches at Gideon Hausner Jewish Day School in Silicon Valley. He’s also in charge of dismissal at the end of the school day. This responsibility can be exasperating, he tells ISRAEL21c.

“A parent arrives ready to pick up six children to transport to dance practice,” he explains. “I reach for the dismissal card on the dashboard of the van, bring a walkie-talkie to my mouth and say, ‘Grade 3, please send Isaac S.’”

The walkie-talkie crackles back. “Grade 3, Isaac is on his way.”

As this slow process drags on one child at a time, the residential roads leading to the school become a congested parking lot full of idling engines.

Yaniv Vakrat was one of those Silicon Valley carpool parents and he was as frustrated as Matzkin.

But Vakrat is also an entrepreneur. He grew up in Israel, graduated from the Technion and received his PhD in information economics in the United States. He put down roots in Palo Alto and spent 17 years running business development for companies such as Adobe and Apple before returning to Israel.

Vakrat thought there must be a better way to manage carpools and classroom dismissals. So he invented it.

Vakrat’s startup, Figure8, replaces Matzkin’s clipboard and walkie-talkie with a single app for mobile phones and tablets. It can cut a 45-minute dismissal process to 25 minutes in many cases. 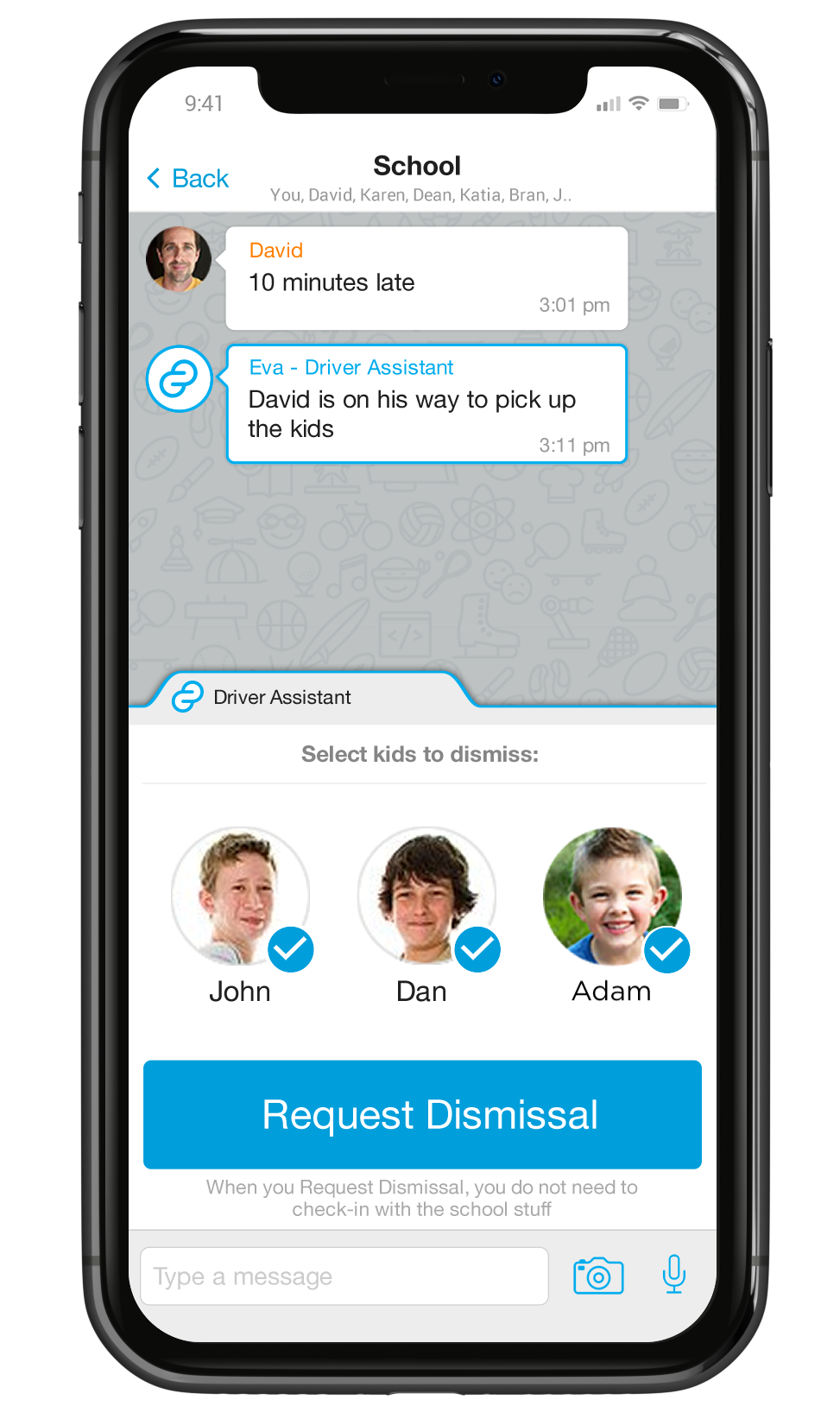 “Now when an empty van approaches, I type one number into my iPad, click six ‘excuse’ buttons and in seven seconds the van is on its way to waiting children,” explains Matzkin.

Figure8’s straightforward interface has an administrator panel for the school and individual apps for parents and students.

“All the notifications come in real time,” Vakrat says – for example, this kid just left the classroom, now the carpool has left the school grounds, the carpool for Sarit and Yoni is 10 minutes away. GPS on the students’ phones tracks where they are so no one gets lost.

If there’s a change in plans, the Figure8 app updates everyone at once and even sends a picture of the replacement driver so there are no surprises.

“Before Figure8, I had to write my driving days down on a calendar, which often got crossed out when I or the other parents needed to switch things around,” Rachel Licht, who used Figure8 at the South Peninsula Hebrew Day School in Sunnyvale, Calif., tells ISRAEL21c. “Once Figure8 came into play, it was so much smoother. Everything was in one place. Figure8 really did change the way I carpooled.” 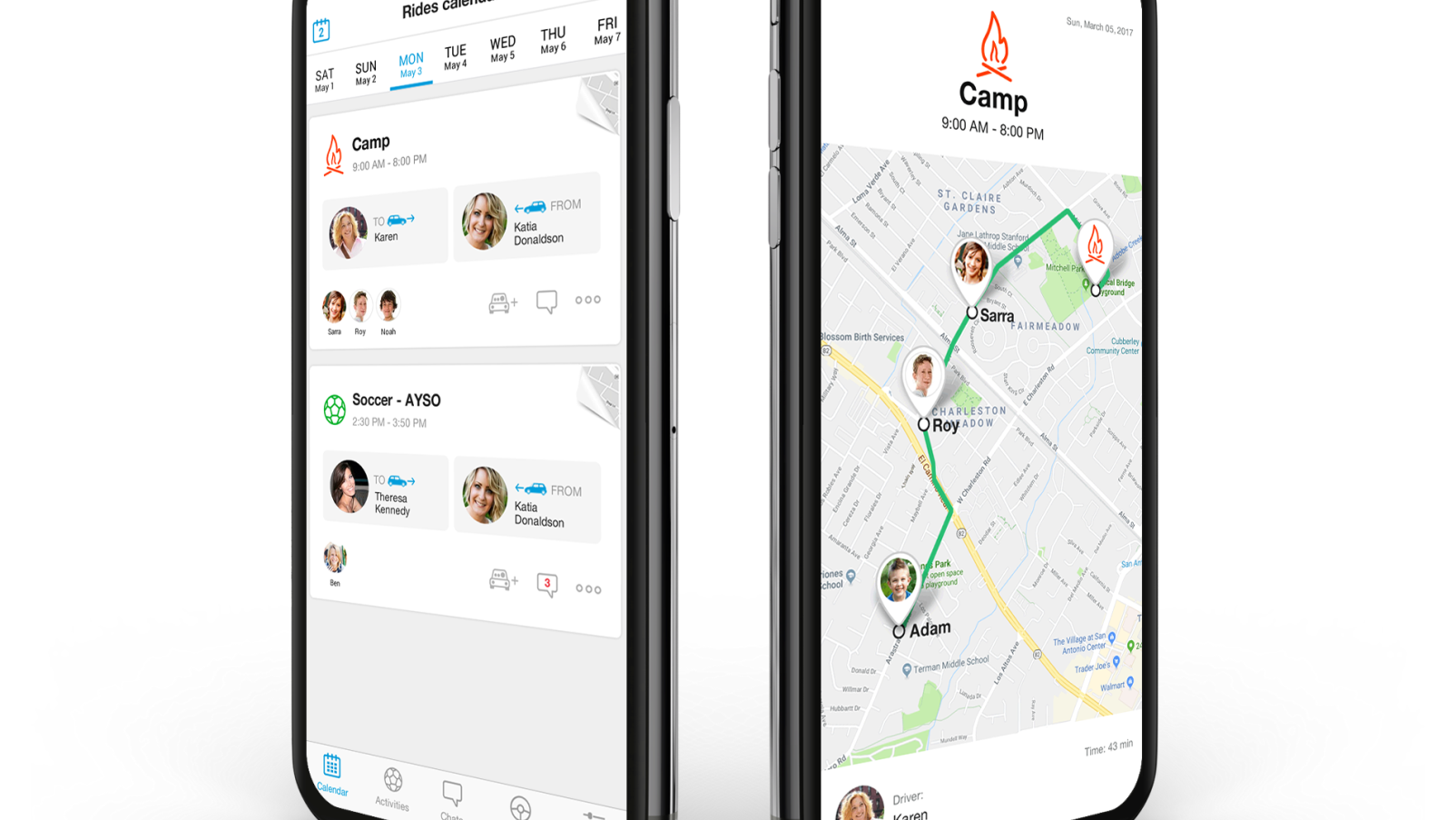 Figure8 is an app to simplify carpooling for schools and parents. Photo: courtesy

Aside from the time savings — American parents spend anywhere from 16 to 40 hours a month ferrying their kids to and from school Vakrat believes that wide adoption of Figure8 could positively impact the carbon impact of all those carpooling cars.

The company has raised just under $3 million and has nine US schools signed up so far. Schools pay a monthly fee per student. Parents can download the app independently in order to manage extracurricular carpools at no charge.

Figure8 is available only in the United States for now. Vakrat, who now manages his family’s carpools in and around Tel Aviv, hears from many parents who want the app here and he hopes that will happen eventually.

Figure8 has greater ambitions than just school dismissals, stemming from Vakrat’s own carpool-from-hell experience during the years he lived in the US.

He was driving his daughter from school to ballet class, which could take half an hour.

“Then you wait an hour for the class to finish, at which point there’s no reason to go back to the office,” he says. “Basically three hours are gone. I would look around and see lots of other parents, smart professionals, whose time is worth a lot of money, and I thought, there’s no way that this thing should be so inefficient!”

Indeed, it’s gotten so bad in California that companies like HopSkipDrive and Kango are now “pre-qualifying” drivers – Uber and Lyft style – to pick up and drop off kids. GoKid, KidCarPool and Chaperone are specific to carpools for school-age children.

The difference, Vakrat points out, is that “we’ve merged transportation management for kids with check-in and check-out.” 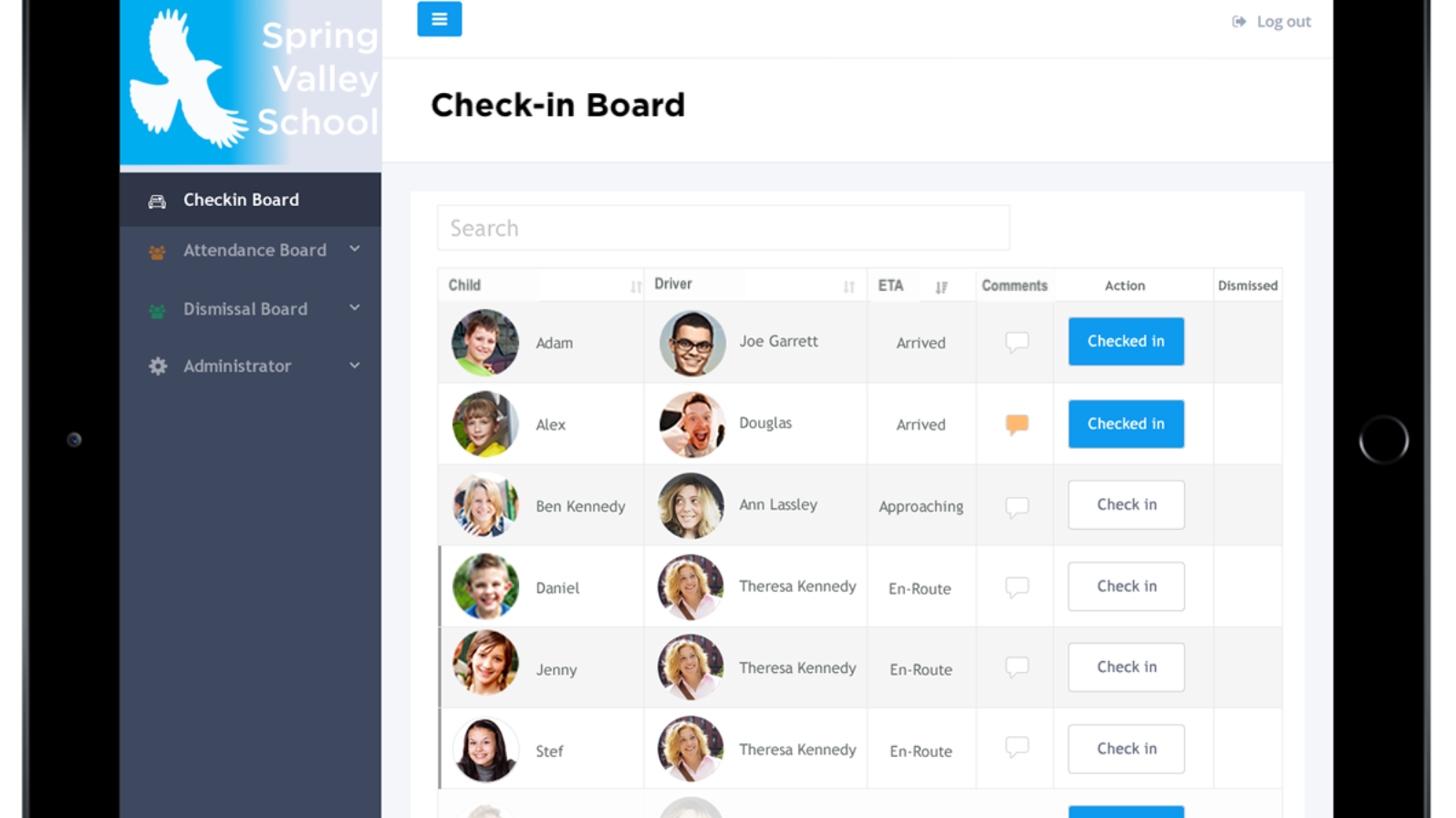 Figure8 features a check-in board to make sure no kids are overlooked. Photo: courtesy

“I don’t trust anyone when it comes to my kid,” he tells ISRAEL21c, “except for people within my community. It could be a parent or even a nanny.” 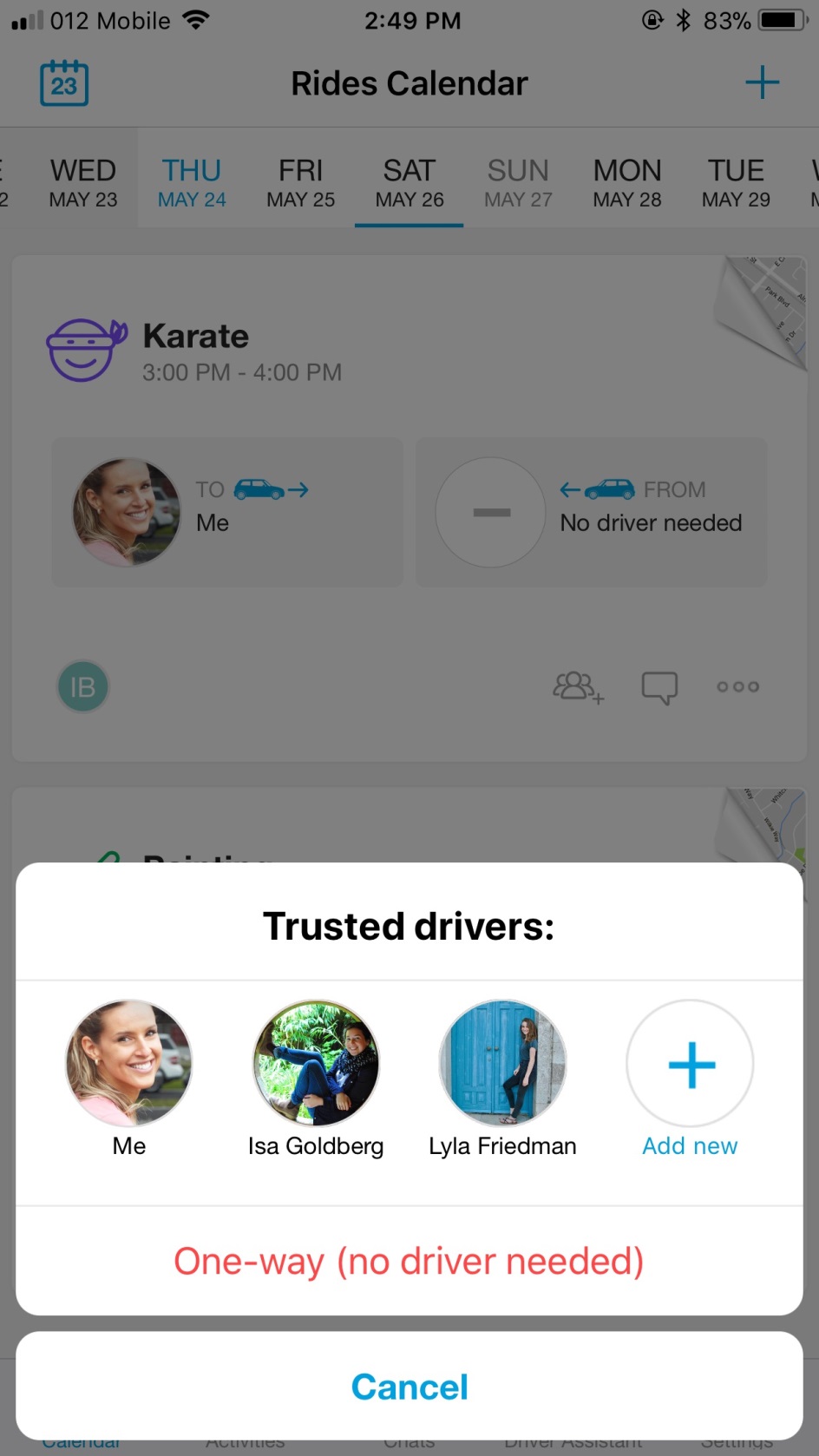 Using machine learning, Figure8 is working on a “carpool matching” feature for such families.

“It’s not a trivial technology,” Vakrat says. “It’s more than just the proximity between you and your neighbor going to the same soccer practice. You might have a six-year-old daughter while your neighbor has a son who’s 18, and they won’t connect so well in the back seat. The system learns and will know eventually if a particular carpool suggestion worked or not. Over time, it will become more effective in matching families together.”

Another piece of unique technology in Figure8 is Driver Assistant, which understands the context of what a driver is doing. “You just keep your phone in your pocket and the software automatically updates everyone,” Vakrat explains.

That kind of software is very difficult to get right, Vakrat adds. “For example, you might be going to a supermarket next to the soccer field. How does it know the difference?”

Because Figure8’s tracking software works the same for a minivan or a 30-person yellow bus, school bus management could be its next area of interest.

Ultimately, Figure8 wants to be “the trusted manager for all your family’s mobility,” Vakrat says.