Since 1956 we’ve spent $10 trillion on highways in the United States. For that astronomical sum we have 2.9 million deaths; streets, roads, and bridges that are commonly described as “crumbling;” epic and ever-growing highway congestion; and the single largest sectoral contributor of climate pollution. 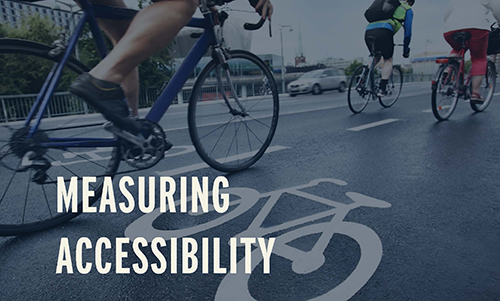 At the start of World War II, the U.S. and its allies faced an infrastructure problem: Many of their planes were being shot down, so they needed better armor. Armor was heavy, however, so the improvements had to be strategic—just enough to do the job without affecting the planes’ performance.

The military collected data on the number and location of bullet holes in returning planes. From there the decision was obvious: Put the armor where the most bullet holes were found—the wings.

And this was exactly the wrong call. The analysts were measuring the wrong thing. Planes with holes in the wings made it back to base; planes shot in the engines were going down.

Fortunately, a more sophisticated analyst realized the problem, and plans changed to put the armor in the right place, saving many lives and helping to win the war.

Current Transportation Metrics Hold Us Back

The point for us is that measuring the obvious thing and basing decisions on that measure can go disastrously wrong. And that brings us to transportation, where in some ways we are losing the war.

Since 1956 we’ve spent $10 trillion (in current dollars) on highways in the United States—double the combined cost of transit, intercity rail, aviation, and ports combined. And for that astronomical sum we have 2.9 million deaths; streets, roads, and bridges that are commonly described as “crumbling;” epic and ever-growing highway congestion; and the single largest sectoral contributor of climate pollution.

Our transportation system suffers these problems in large part due to its orientation to measures that seem obvious but can lead in the wrong direction. For example, planners and engineers have long judged the success of the transportation system on the speed of cars, based on a scale called “level of service” (LOS). The decision rule is obvious: When cars are slow, or forecasted to be slow due to urban development, add more roadway capacity to speed them up.

Now we have ample evidence that this approach is both ineffective and costly. Highway widenings tend to provide little or only temporary relief, while imposing long-term burdens such as higher costs; longer travel distances; and diminished environmental, safety, and quality of life outcomes.

These burdens have hit low-income workers and communities of color especially hard. Many historically Black communities, for instance, have been displaced, cut off, or directly impacted by crashes and pollution from nearby highway projects. Meanwhile, many low-income workers who could once reach their jobs with minimal investments, must now own, maintain, and fuel their own vehicles, eating up large chunks of their income. Those who can’t or don’t want to buy a car must try to find, get, and keep a job that can be reached by other means, often in far-flung places without transit service.

As with World War II aviation, measuring the right thing doesn’t guarantee that we will avoid all bad outcomes. Allied planes were still shot down even with efficient armor. But smarter assessments give us a better chance at lowering costs and improving outcomes.

Our New Accessibility Resource for Practitioners

With that in mind, SSTI has worked for several years to help DOTs and other transportation agencies focus on accessibility in addition to, or instead of, conventional LOS. Accessibility measures the ease by which travelers can reach destinations. It requires both land use and transportation data, as well as methods and metrics that can be applied to them.

The good news is that as data availability and new tools have improved, measuring accessibility has become doable for DOTs. The bad news is that such practice is not generally taught in planning and engineering schools, and because there are many ways to measure accessibility, practitioners face significant barriers getting started. And those who persevere past that starting point often do not have readily available ways to apply their findings to key transportation and land use decisions.

To address those hurdles, SSTI has summarized its learning on accessibility in, Measuring Accessibility: A guide for transportation and land use practitioners. The guide not only helps walk through questions about sources of data and types of tools, but also demonstrates ways to apply accessibility metrics to decisions, such as transportation project selection and land use suitability analysis. It also suggests ways to evaluate outcomes such as travel demand and modal usage through accessibility. It provides extensive sample analyses to help illustrate the suggested methods and applications.

While there are many ways of measuring accessibility, the SSTI guide focuses on “cumulative opportunities” metrics, including those with decay-weighting of destinations by travel time. SSTI has found that these metrics are powerful, widely valid for typical decision-related questions, and intuitive to stakeholders. As well, several available platforms are built around these methods.

Amid talk of electric and fuel efficient vehicles, one change proved fast and effective at cutting emissions: traveling less. [more]

The Effects of Bus Stops and Brownfields on Economic Mobility

Study identifies 60 hotspots for pedestrian deaths in the U.S.

A 14-year study from the University of Minnesota demonstrates that painted stop bars at intersections have little effectiveness in reducing collisions or influencing motorist stopping position. [more]