Overall for 2016, wind supplied 5.6 percent of generation, utility-scale solar contributed 0.9 percent, and small-scale solar about 0.5 percent, for a cumulative total of 7 percent. 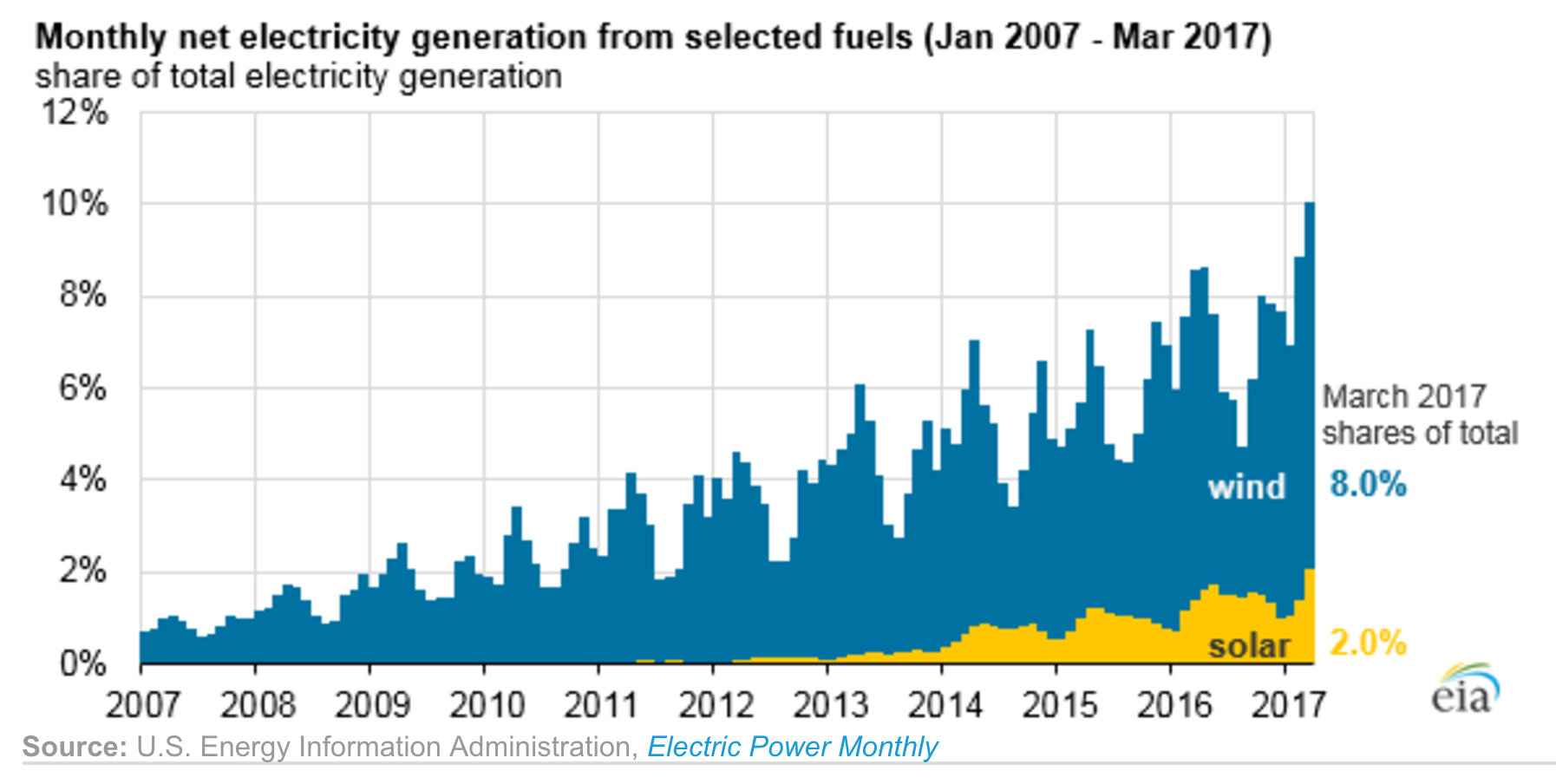 Why did the record occur in March, when the days haven’t reached their sunny summer maximum?  Most of the electricity is still coming from wind, for one thing. And more of that wind comes from Texas than any other state, by a long shot. The winds blow more forcefully in Texas and surrounding states in the spring.

Renewables typically produce the most in absolute terms during the shoulder months of spring and fall. That’s when much of the nation experiences mild weather and lower electricity demand. With less demand for generation, the sources that don’t require any fuel cost can compete more effectively and play a bigger role as a share of total production.

Meanwhile, the installed base of wind and solar has been increasing since last March.

Solar installations nearly doubled in 2016 compared to the year before. Wind and solar collectively accounted for more than 60 percent of new generating capacity added in 2016, with 8.7 gigawatts and 7.7 gigawatts, respectively. That growth will continue this year, although it’s not expected to be as strong.

EIA predicts that renewables will beat 10 percent generation share again in April (the experts are still crunching those numbers), before slipping back down for the summer months. In individual states, though, renewables are well past that number. Iowa leads with 37 percent generation from wind. 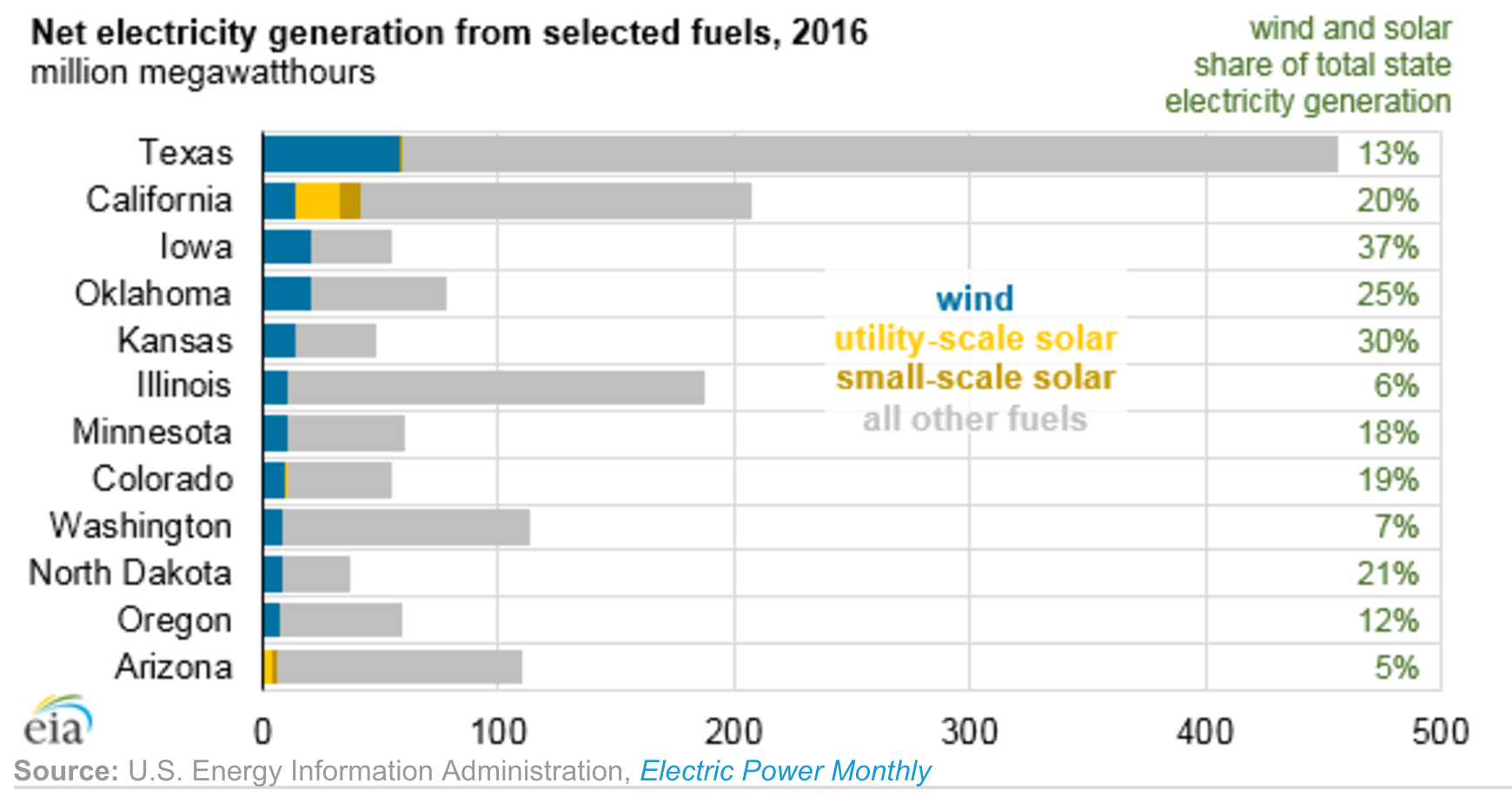