Dubbed micro-transit, the vehicles could be hailed by riders at street corners who need to get to transit hubs or destinations not served by buses and trains.

Schank said the on-demand van service would use an algorithm to match several riders along a route – similar to Uber Pool, a car-pooling service of the ride-hailing company.  But like public transit, it would be more accessible (in terms of boarding and also ordering rides). All vehicles would comply with the Americans with Disabilities Act and it would be cheaper, with no surge prices during peak hours. The service would not require a credit card or smartphone.

The cost to ride would likely be more expensive than Metro’s base transit fare of $1.75, but  significantly cheaper than a ride-hailing service or taxi.

Micro-transit is seen as a way to bridge the gaps in Metro’s transit network. The agency also hopes the service would attract more riders at a time when Metro is struggling with declining ridership.

Metro plans to partner with a private company to help run the service. It’s been studying places where similar systems have been used like Kansas City and Finland. But both of those services shut down after a pilot phase because they weren’t financially sustainable.

“That is the biggest challenge we’re aware of is how do we make this affordable. That’s why we’ve reached out to the private sector from the very beginning with this project,” Schank said.

Companies like Uber are able to keep costs down by paying lower wages for drivers than a public transit agency like Metro, which works with fully-benefited union employees and pays for the upkeep and gas of its vehicles.  In most places, public transit service also relies heavily on subsidies from taxpayers. In L.A., transit fares cover only about a third of the cost of operations.

So the more expensive the service becomes, the more taxpayer subsidies are required if fares are kept low. In the Helsinki program, the cost to taxpayers would have been about 17 euros per ride with a 5 euro fare, an amount officials couldn’t stomach.  Schank hopes as more cities try these programs, the approach will be refined and private industry will be incentivized to devise more sustainable business models.

Metro plans to begin accepting proposals for the micro-transit program starting in October 2017. 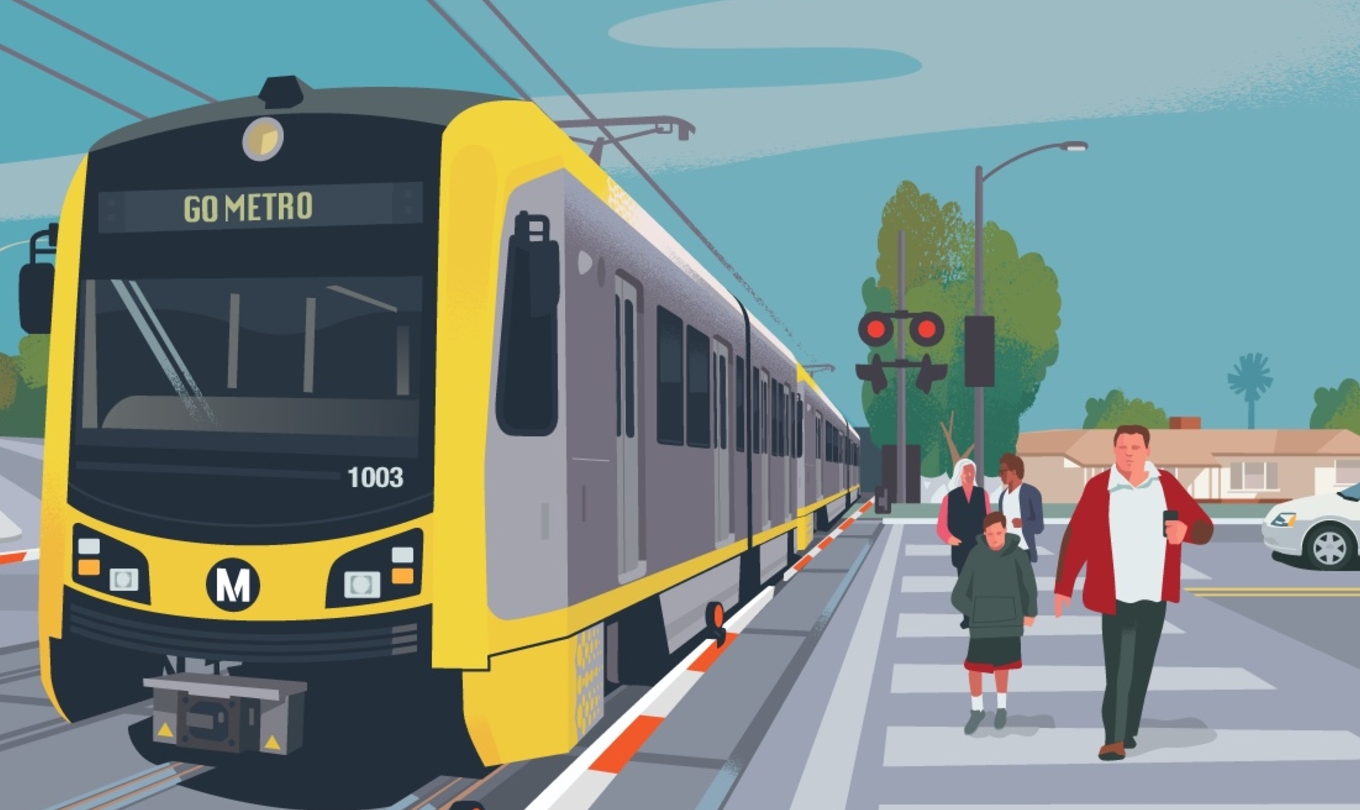 The Los Angeles County Metropolitan Transportation Authority (Metro) today announced that it is moving toward a series of public-private partnerships (P3s) that will deliver Measure M transportation projects to L.A. County residents even faster, and more efficiently than expected.

The partnerships, which will be created through a competitive bid process, would help accelerate three major Measure M projects: the Sepulveda Transit Corridor, the West Santa Ana Branch Transit Corridorand extension of the ExpressLanes network.

This follows an extensive evaluation process by Metro staff on separate unsolicited proposals submitted to the agency.

“The voters of Los Angeles County have given us a mandate to build new public transportation projects as quickly as possible — now, it’s our turn to deliver on that promise,” said Los Angeles Mayor Eric Garcetti, Chair of the Metro Board. “By creating innovative partnerships with the private sector, we can accelerate Measure M projects, and ease traffic across our region even more quickly than we expected.”

The next step is to issue requests for proposals (RFPs) that give all firms the chance to offer proposals on how these projects could be accelerated.

Reaching the RFP stage quickly – something that often takes years – is the result of a new streamlined unsolicited proposal policy that was launched in 2016 by Metro’s Office of Extraordinary Innovation. The goal of the policy is to make it easier for private entities to submit ideas to Metro for building and, in some cases, operating projects. Unsolicited proposals for all three of the projects were submitted within the past year. While the contents of the proposals are confidential, all of the approaches utilize P3 concepts.

“Among the benefits of these unsolicited proposals is that each carries the potential for significant cost savings if the projects can be built sooner, because construction costs rise over time,” said Metro CEO Phillip A. Washington. “They also may generate unanticipated revenue to potentially accelerate other Measure M projects – and this could greatly help other parts of our region.”

After a detailed evaluation of proposals for the Sepulveda Transit Corridor from Parsons Transportation Group, Inc. and Cintra (Cintra US Services LLC, an affiliate of Cintra Global Ltd.), Metro plans to develop an RFP for the transit portion of the project. The project will be pursued as a Project Development Agreement where the contractor comes on board early in the planning and design process to influence efficiencies and cost savings.

Two proposals for the West Santa Ana Branch Transit Corridor from Skanska (Skanska USA Civil West) and Kiewit (Kiewit Infrastructure West Co.) will result in an RFP for a P3 utilizing elements from both proposals.

“Since we announced our new unsolicited proposal policy last year, we have been gratified by the overwhelming response,” said Metro Chief Innovation Officer Joshua Schank. “We are seeing innovation at its best and we look forward to delivering projects and programs – supported by P3s – to improve the quality of life in our region sooner rather than later.”

Metro will now begin developing the procurement process for each of the three projects. Moving forward, Metro anticipates additional opportunities to accelerate other Measure M projects through partnerships with the private sector.

While Schank did not reveal anything earth-shattering, he alluded to several innovative projects coming soon from Metro, many of which have emerged from unsolicited proposals:

Here’s more info on the action plan.  The Shared-Use Mobility Center (SUMC) has created an Implementers Council—and Move LA sits on it—to help oversee implementation of LA County’s Shared Mobility Action Plan, with the goal of taking 100,000 cars off the road in LA County in the next 5 years by expanding public transit, bikesharing, carsharing and ride-hailing.

The council will meet quarterly to discuss challenges, share information and measure progress toward the plan’s goal. Council members will also play an ongoing role in helping to implement strategies in the action plan, which include: