Until Lyft and Uber can replace all of their drivers with robotaxis, both are encouraging their  independent contractors to drive plug-in hybrid or battery electric cars. According to Mashable, starting in July, Lyft drivers in Portland, Oregon, will be able to recharge their plug-in hybrid (PHEV) or fully electric (BEV) cars for free. 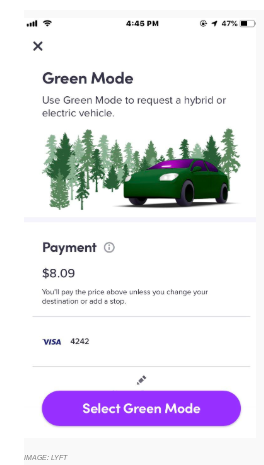 There are currently five EV charging stations in and around Portland.  Each is capable of charging six vehicles at a time with four DC fast chargers and two Level 2 chargers. Normally, pricing starts at $3 for a two-hour Level 2 charging session, but patrons can choose to pay a flat $25 per month fee.

The new Lyft policy, which is provided in cooperation with Portland General Electric, the local utility company, will allow its drivers with plug-in cars to pay nothing for the electricity they use as they service their customers.

Lyft patrons in selected cities can request an electric car using Green Mode on the company’s ride hailing app. That feature was first offered in Seattle and is now available in Portland. It will be added to other cities soon. Lyft also makes it possible for drivers to rent a hybrid or electric car through its Express Drive division. The rental fee includes free charging.

Last year, Lyft made a pledge to make all of its operations carbon neutral. That pledge means using electricity from renewable sources when it can and buying renewable energy credits when needed. Some of this is greenwashing, as Engadget points out, since the vast majority of the cars utilized by its drivers run on gasoline.

Still, it’s a start, and one way in which Lyft is attempting to be a “kinder, gentler” alternative to Uber, which is still trying to eliminate the ethical stench left behind by founder Travis Kalanick. The company knows it is a long way from being carbon neutral but says the energy credit program is something it can do “immediately” while it works on ways to further clean up its act in the future.