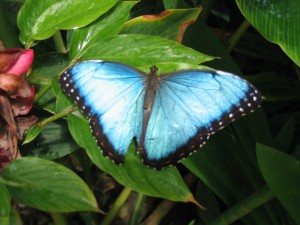 A Story for Our Times

When a caterpillar nears its transformation time, it begins to eat ravenously, consuming everything in sight. (It is interesting to note that individuals are often called “consumers” and one of the largest manufacturers of heavy construction machinery is called “Caterpillar,” Inc.) The caterpillar body then becomes heavy, outgrowing its own skin many times, until it is too bloated to move. Attaching to a branch (upside down, we might add, where everything is turned on its head) it forms a chrysalis—an enclosing shell that limits the caterpillar’s freedom for the duration of the transformation.

Within the chrysalis a miracle occurs. Tiny cells, that biologists actually call “imaginal cells,” begin to appear. These cells are wholly different from caterpillar cells, carrying different information, vibrating to a different frequency–the frequency of the emerging butterfly. At first, the caterpillar’s immune system perceives these new cells as enemies, and attacks them, much as new ideas in science, medicine, politics, and social behavior are viciously denounced by the powers now considered mainstream. But the imaginal cells are not deterred. They continue to appear, in even greater numbers, recognizing each other, bonding together, until the new cells are numerous enough to organize into clumps. When enough cells have formed to make structures along the new organizational lines, the caterpillar’s immune system is overwhelmed. The caterpillar body then become a nutritious soup for the growth of the butterfly.

When the butterfly is ready to hatch, the chrysalis becomes transparent (much as the Internet is making many hidden actions transparent). The need for restriction has been outgrown. Yet the struggle toward freedom has an organic timing. Were the chrysalis opened too soon, the butterfly would die. As the butterfly emerges, it opens its “right wing” and its “left wing,” and then flies away to dance among the flowers.

The awakening of the global heart results from transforming the body politic from the unconscious, over-consuming bloat of the caterpillar into a creature of exquisite beauty, grace, and freedom. This coming of age process takes us to a new mythic reality, a larger story, ripe with meaning and direction. It takes us from the naïve egocentricity of childhood into a larger reality of interdependent reciprocity. It is not a passage that ends in the gray grimness of adult responsibility, denying the colorful spirituality of childhood innocence. Rather, it is a reclaiming of wholeness that denies little, and embraces all.

Catalysts for the Coalescence of Consciousness

The awakening of consciousness is a realization that we are in this together, that we are interdependent, integral agents, part of a larger unity that needs each of us as individual agents. This awakening could result from spiritual practices such as yoga or meditation, psychotherapy, workshop experiences, disenchantment from one’s “normal” life, or any manner of doorways through which we awaken from the trance of consumption and exploitation to a higher vision of perpetual reciprocity, compassion, and unity. At first such individuals might feel alone or isolated; they might be misunderstood or even attacked by others for their strange ideas.

When these individuals find others of like mind, they are strengthened and reinforced. They feel less alone, more empowered, and inspired. They literally “vibrate” at a higher frequency. They catalyze each other. This is how the imaginal cells come together, organize amongst themselves and become centers of awakening in the new body politic.

We call these imaginal cells “co-hearts,” people who are simultaneously called by something in their own hearts to share with others, to serve and to save what they love. Co-hearts can be of any kind: healing co-hearts, artistic co-hearts, democratic co-hearts, yoga co-hearts, gardening co-hearts, parenting co-hearts. They can be lovers or friends, business associates or volunteers in an organization. Co-hearts share a kin-dom – not a kingdom ruled by a king but a kin-dom where everyone is kin. Co-hearts are like the cells, and kin-doms are the organs of the body politic. We recognize that at all levels we are part of a larger whole.

Our workshops focus on awakening the imaginal cells, through personal healing and transformation, and teaching spiritual practices. Our Sacred Centers hubs act as kin-doms for the awakening of global heart consciousness, by bringing together the imaginal cells so that they are strengthened and can survive the onslaughts of the collapsing cultural values. They then become like life-boats: islands of sanity, celebration, and joy in the emerging transformation, agents in the dawning age of the heart.