Apps like Duolingo, Memrise, and Babbel all promise to teach you how to read, write, or speak a new language, all from your phone. While they’re similar in concept, they differ a lot in the specifics:

Despite their differences, they have the same goal: use daily exercises on your phone to teach you an entire language. It’s an enticing promise, especially if you’re not already immersed in a culture or education system that will give you the exposure you need to pick up a second language. The question is, are they effective?

After I accumulated a Duolingo streak in excess of 500 days — a feat that, thanks to the app’s notoriously insistent reminders, has now come to define my self-worth — I found myself in a better place to judge just how much an app alone can really teach you. The short answer is that you can definitely learn some things from an app, but if you want to become fluent in a language — or even conversational — they won’t be enough.

Language apps are great for writing systems and basic phrases

The phrase “learning a language” is deceptively reductive. A language isn’t a singular monolith, but rather a complex interconnected system of components that build a way to communicate. The lexicon consists of the individual words, which speakers have to memorize. The syntax and grammar tell speakers how to properly structure those words in a sentence. Then there’s the writing system, which is the visual representation of words or sounds that allow words to be constructed (for example, in English, the writing system is the alphabet).

For languages that have a different writing system, like Japanese, Russian, or Korean, language apps can be an excellent way to learn. Duolingo and Memrise both use a combination of flash card and simple matching exercises to train you to recognize symbols in a new writing system, while Babbel goes an extra step further with in-lesson explanations for how new symbols or sounds work.

After a few weeks or months of consistently going through lessons, it’s feasible to learn every sound and symbol in a new writing system. You won’t be able to understand every word you can read, but you’ll be a lot closer than if you started from scratch. However, that’s only part of learning a language. Understanding the alphabet used in English doesn’t inherently mean you can understand French or Spanish, for example.

These apps are also better at teaching basic conversational phrasesthat are useful when you’re traveling. When you visit a city in a foreign country, it’s helpful to learn a few phrases like “Where is the bathroom?” or “How much does it cost?” Using a phrase book to memorize these phrases in another language is a quick and dirty way to get the job done, but that’s not really “learning” the phrases, it’s just memorizing them.

For example, consider the Italian phrase “Dov’è il bagno?” This phrase means “Where is the bathroom?” However, without speaking Italian, can you tell which part of that sentence is “bathroom?” Could you adapt the sentence to say “Where is the door?” or “Where is the hotel?” Language apps don’t just teach you whole sentences. Instead, they break down component parts of a sentence and teach you a few different variations so you understand what you’re saying and can adjust what you’re saying based on your situation. It’s a useful skill to have, especially when traveling.

Most importantly, though, these apps are powerful reminders that learning a new language isn’t a part-time job. Duolingo has infamously persistent notifications that pester you to come back and give that adorable green bird attention every single day. The downside is that it can be tempting to gamify the experience, rather than actually learn. On particularly busy days, I’ve found myself redoing the earliest lessons just to keep my all-important streak going. Which leads to another important lesson: skirting the rules on a self-improvement project hurts no one but yourself. 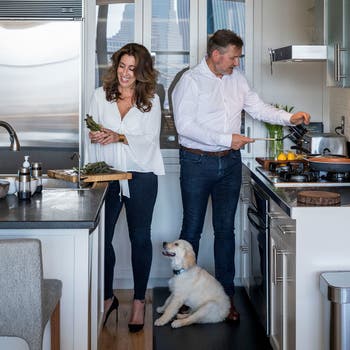 A New Perch on the Water 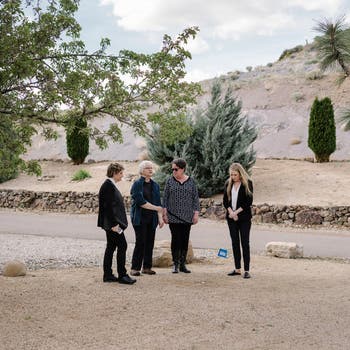 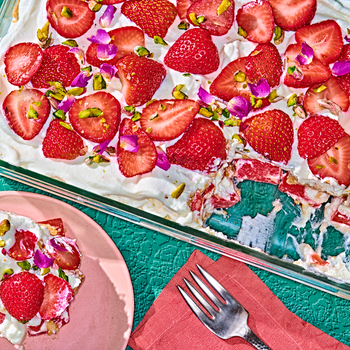 What language apps can’t teach you

For as useful as learning a new writing system or understanding basic phrases can be, it’s only a small part of fluency in a language. What counts as “fluent” is a tough concept to describe, but the Common European Framework of Reference for Languages (or CEFR) is a widely-accepted standard for approximating fluency.

The six CEFR levels are necessarily broad and can overlap a bit, but here’s a (very) brief overview of what each means:

If it’s not already obvious, language apps simply can’t get someone to level C2 — or anywhere close — on their own. There simply aren’t lessons to teach you, for example, how to have a complex conversation about banking regulations or astrophysics or whatever your field of expertise. It also means that if you stick solely to the lesson plans in each app, you won’t communicate with another person. By definition, these two limitations would rule out reaching even level B2.

Some apps also have a hard time teaching complex grammar. In Japanese, for one small example, “particles” are core parts of a sentence that indicate how words relate to each other in a sentence. They’re usually written with the same symbols used to spell words — sort of like how “a” is both a letter, but also a word on its own — which can get confusing since Japanese doesn’t use spaces between words and symbols.

Duolingo often just drops a new particle on you without much explanation of what it does or even that it’s a particle at all. Memrise handles this a bit better, with lessons dedicated to how certain particles and grammar work, but it helps to have external lessons, an instructor, or best of all a native speaker to help explain some of the finer points of nuance in a language’s grammar.

Language apps also struggle with some of the unspoken aspects of communicating in a language. To focus on Japanese again, there are distinct levels of formality and politeness which dictate what form a word should take based on your relationship with the person you’re speaking to. So, for example, you may use one form of a sentence when speaking to a friend, but a more formal version when speaking to a boss.

Furthermore, body language and posture can have a dramatic impact on how your speech is perceived, and language apps tend not to cover this at all. While understanding body language is not strictly a requirement of any CEFR level, it’s hard to navigate a conversation fluently without a general understanding of what certain gestures mean, or what actions are impolite.

Most importantly, though, language apps are not other humans. It sounds like an obvious observation, but the entire point of learning a language is to communicate with other people. You can learn as many words or sentences as you want, but until you’re able to have a conversation with another person, you’ll never be fluent. Or, according to the CEFR model, you won’t even be halfway there.

For that reason alone, learning a language with an app should be a starting point, not the end. If you make it through an entire Duolingo skill tree or a Memrise lesson plan, it might be time to upgrade to an in-person class, or you might want to find a native speaker to practice with.