When rural labourers first started turning up at the Rosales National Hospital in the El Salvadorian capital of San Salvador with advanced symptoms of chronic kidney disease (CKD), doctors put the phenomenon down to pesticides. Their latest thinking is simpler: it’s the heat.

Sugar cane cutters are dying on a large scale in Central America from chronic kidney disease (CKD) and studies are pointing to working conditions as the cause. In the past 10 years, 20,000 people have died in Nicaragua and El Salvador alone as a result of CKD, which studies suggest is caused by physical stress from dehydration and heat exposure.

Ramón García Trabanino, president of the Association of Nephrology of El Salvador and a leading expert on CKD, describes it as a “silent disease” as it presents no symptoms until it’s at an advanced stage. CKD, which has no known cure, is affecting thousands of people in Central America, with an estimated 20,000 deaths in the last two decades. 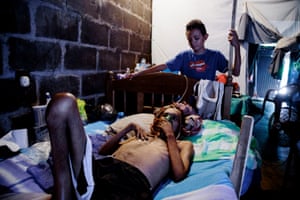 Former sugar cane worker Don Julio López, 35, in the final stages of CKD in Chichigalpa, Nicaragua. He is with his son César, 12. He worked for 15 years in the cane fields before getting sick and is one of many ailing young men in his home town, which has lost so many some call it La Isla de las Viudas, the Isle of Widows. Photograph: Ed Kashi/VII

The connection between CKD and heat stress is the subject of a number of recent academic papers published in leading journals, including the American Journal of Kidney Disease and Environmental Research. The latter reveals how sugar cane workers are exposed to temperatures of up to 42C, resulting in decreased blood flow to the kidneys and increased levels of uric acid.

There is not yet consensus that CKD is the result of hot conditions. Some epidemiologists point to other causes, such as infectious diseases includingleptospirosis and dengue. Yet according to Catharina Wesseling, a CKD specialist at Sweden’s Karolinska Institutet, a medical university in Stockholm and co-author of the above studies, the link to heat exposure is “increasingly clear”.

Trabanino agrees. As the planet warms, he says, the current situation threatens to be “the very tip of the iceberg”. “If the research demonstrates that CKD is unequivocally related to heat stress, then we will have a severe public health problem because global warming will affect everyone,” he says.

CKD may be one of the most devastating impacts of rising temperatures, but increased heat is likely to have other negative impacts. Dizziness, fatigue, muscle aches, headaches and nausea are all common symptoms of heat stress, especially when linked to dehydration. Similarly, crops and livestock are affected by extreme heat, resulting in failed harvests and weakened animals.

A recent heat stress index published by the risk consultancy firm Verisk Maplecroft calculates that labour productivity in south-east Asia could by drop by up to 25% over the next three decades if temperatures increase as predicted. 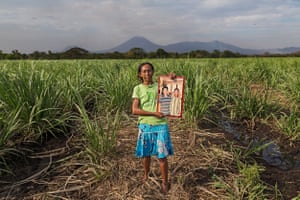 María Esther Ulloa Orozco, 53, lost her husband and two of her sons to kidney disease between 2010–12. She is pictured here in the sugar cane fields in Chichigalpa, Nicaragua. Photograph: Ed Kashi/VII

According to the index, by 2045 nearly half the world’s population will live in countries categorised as “extreme risk”, those that score in the highest bracket for temperature and humidity. The most significant impacts are predicted to be felt in south-east Asia, followed by the Middle East, the Caribbean and west Africa.

Developed countries will be less affected, although the frequency of “heat stress days” (when heat and humidity combine to limit people’s ability to undertake physical activity) in countries such as Italy and Greece could triple between now and the middle of the century.

“Heat stress may not be accounted for in economic growth projections for high heat stress countries, nor considered by most investors or by companies with supply chains in these countries,” says Will Nichols, senior analyst at Verisk Maplecroft.

The impact of excessive heat on productivity is reinforced by new research published in Nature this month, which finds labour supply and work rates “decline abruptly” beyond temperature thresholds of 20C-30C.

The study, which was carried out by a joint team from Berkeley and Stanford universities in the US, predicts that unmitigated global warming will reduce average global incomes by 23% by 2100, potentially leading to social unrest and trade disruptions. 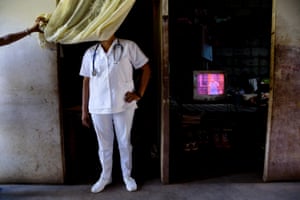 This nurse treats many patients with CKD in a local hospital but also in her own neighbourhood. The nurse says she cannot talk about the disease because authorities in the country deny that problems with CKD are related to the working conditions in the sugar cane fields. Photo: Ed Kashi 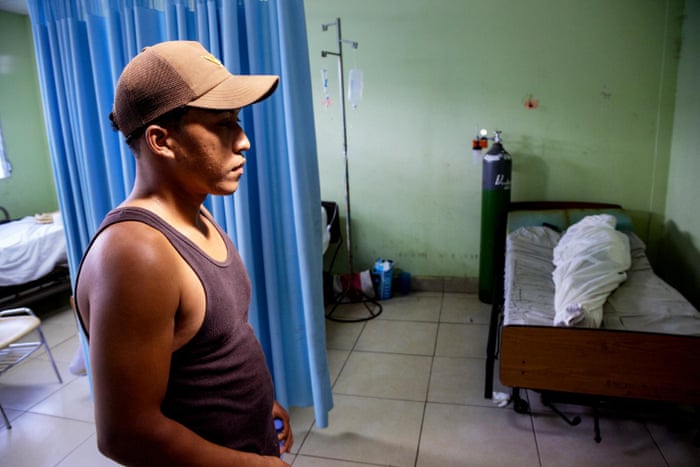 Cristian López collects the body of his brother, Julio, from a local hospital. There seems to be a widespread acceptance of the fate of young people in this region and it is considered almost normal when cane cutters die at an early age. There are hardly any other jobs in Chichigalpa, where the disease has been responsible for almost half of male deaths in the last decade. Photo: Ed Kashi/VII 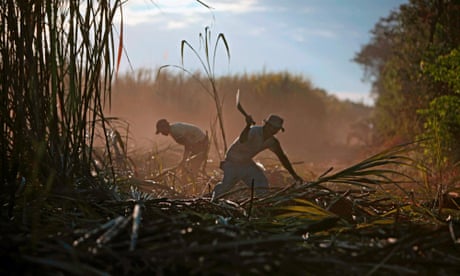 Two men work in the fields of the San Antonio sugar mill in Chichigalpa, Nicaragua

To reduce the health risks and predicted productivity losses from excessive heat, medical experts recommend keeping working environments cool, either by providing shaded areas outside or by ventilation, fans and air-conditioning. Regular hydration, lightweight clothing and work patterns that avoid the hottest part of the day are also advised.

Businesses that operate factories, manufacturing units and other industrial facilities need to factor in heat-stress mitigation when designing and constructing workspaces. Measures such as natural ventilation, building orientation and the use of innovative heat-reduction materials can all have a cooling effect.

Protecting agricultural workers from heat exposure is more problematic. Back inEl Salvador, supply chain NGO Solidaridad has been piloting a project at sugar cane mill El Angel with partner La Isla Foundation to see if new tools and cutting methods, as well as better working conditions (providing shade and water, and enforcing breaks), can help improve health and productivity. Sven Sielhorst, global sugar cane programme manager for Solidaridad, says: “We need strong partners to make sure that these improved work practices get broadly adopted in Central America and any other region where this disease occurs.”

Trabanino is calling on employers to take a lead on reducing workers’ exposure to heat stress both now and in the future. “Small changes in working conditions can have a big impact,” he argues, adding that “prevention [of heat-related illnesses] is not only cheaper, it’s far easier than treatment.”