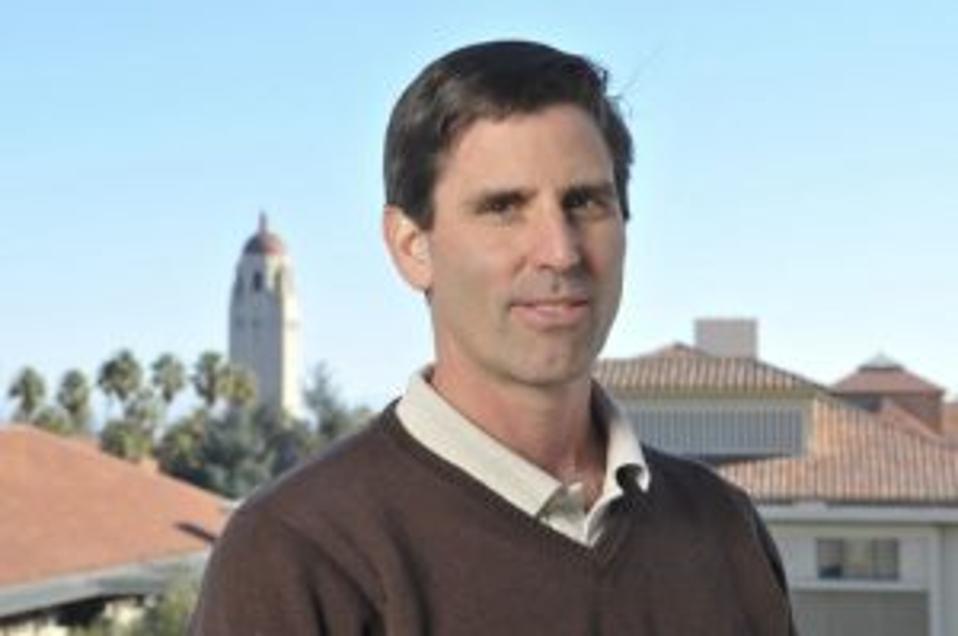 If humans can kick fossil-fuels, they will benefit from massive efficiency increases in every sector—a net savings of 42 percent of world energy use that will both derive from and ease the transition to clean energy, a Stanford University professor says in a video released this week.

The video followed the release of a roadmap in which Stanford’s Mark Z. Jacobson and 26 colleagues from Stanford, Berkeley, Berlin and Denmark demonstrate how 139 countries could rely on 100 percent wind, water and solar renewables by 2050. In the video, Jacobson rebuts the common notion that renewables are not up to the task of meeting world energy demand.

“We find that by electrifying everything in these countries and by providing that electricity with clean renewable energy, power demand goes down about 42 percent without really changing much habit,” says Jacobson, a professor of civil and environmental engineering and director of Stanford’s Atmosphere/Energy Program. For example:

Jacobson’s team focused on WWS—wind, water and solar power—at the expense of other technologies touted by some as clean, in part because WWS is ready to implement:

While some suggest that energy options aside from WWS, such as nuclear power, coal with carbon capture and sequestration (coal-CCS), biofuels, and bioenergy, can play major roles in solving these problems, all four of those technologies may represent opportunity costs in terms of carbon and health-affecting air-pollution emissions. Nuclear and coal-CCS may also represent opportunity costs in terms of their direct energy costs and in terms of their time lag between planning and operation relative to WWS.

“The changes in infrastructure would also mean that countries wouldn’t need to depend on one another for fossil fuels, reducing the frequency of international conflict over energy,” according to the roadmap document, which appears in the journal Joule (pdf via Stanford).