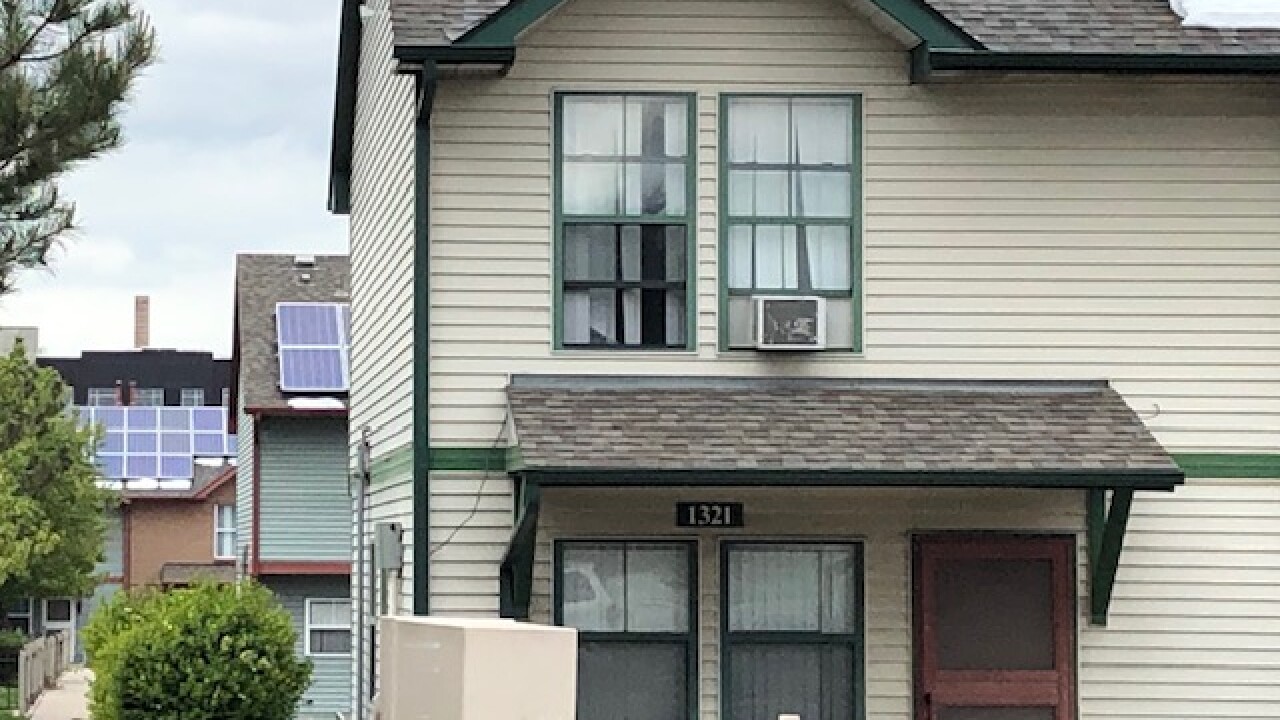 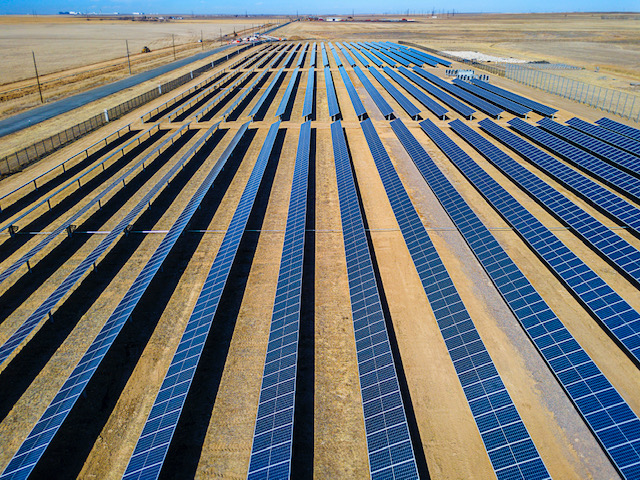 Editor’s Note: ‘Our Colorado’ helps us all navigate the challenges related to growth while celebrating life in the state we love. To comment on this or other 360 stories, email us at OurCO@TheDenverChannel.com . See more ‘Our Colorado’ stories here.

DENVER — The Denver Housing Authority has good reason to toot its own horn.

DHA has just been announced as the winner of the $500,000 grand prize in the U.S. Department of Energy’s Solar in your Community Challenge.

The $5-million competition was launched in 2016 as a way to improve energy affordability and to expand solar access to low-and-moderate-income households.

“It also reduces our energy costs — our energy spend,” he said. “That allows DHA and other affordable housing developers to save money on operating expenses and to reinvest that money into the building, or the community at large.”

The community solar garden is the main component of Project CARE.

The project has three main goals:

“They went out into the field and actually did hands-on training, as well as safety training,” he said. “Some actually got jobs after that with solar developers or other consultants for the program.”

When asked which homes are helped by the solar array, which is 20 to 30 miles away,” Jedd replied. “It’s nice that we have virtual net metering here in Colorado, where you can assign subscribed buildings, subscribers, and low-income residents to the community solar garden and they’ll capture those savings on their electric bill.”

The housing authority is a big believer in solar power.

It has outfitted affordable homes throughout the city with solar panels, among them, those in the North Lincoln Park complex, south of Colfax along Mariposa Street.

They are also, seemingly, sending a message to conserve energy.

Resident Shirley Brown told Denver7 that she conserves and that her bill reflects it.

“The nice thing about Project CARE is that any of our portfolios can sign up,” Jedd said. “We could switch buildings. We could sign up North Lincoln Homes if we wanted to. It’s very flexible.”

He also said that some DHA residents are directly subscribed to Project CARE, which saves on their utility bills.

“It’s not just DHA saving money, but some of our residents too,” he said, “saving close to 20 percent on their electricity bill. That can equate to 15 to 25 per month on their bill, which goes a long way, with that savings over the course of a year.”

Jedd said DHA is very excited to have won the award.

When asked where the housing authority goes from there, he replied, “hopefully more solar gardens.”

“At DHA, we have a large portfolio, and we could use a lot more solar resources and assets,” he said. “We like the rooftop mounts and the solar gardens…so the idea is to develop more solar gardens with our project partners moving forward.”

He said GRID Alternatives, Namaste Solar, Ensight Energy Consulting and SolarTac all partnered with DHA in making the community solar garden a reality.

It is one of the first housing authority owned and operated community solar gardens in the country.

Copyright 2019 Scripps Media, Inc. All rights reserved. This material may not be published, broadcast, rewritten, or redistributed.
**

ALBUQUERQUE, N.M. — Editor’s note: This story has been updated to correct the amount of coal burning the new solar project is expected to replace.

By 2021, renewable energy could power about two-thirds of that space.

The city will be the largest subscriber for a planned solar project on the Jicarilla Apache Nation, having committed to buying half of the energy generated by the 50-megawatt facility.

The agreement is part of Public Service Company of New Mexico’s new Solar Direct program, which is grouping big customers like the city in order to make large renewable projects possible.

Hecate Energy intends to develop the solar plant on about 400 acres of Jicarilla Apache land in northern New Mexico. It would replace 168 million tons of coal burning a year, Albuquerque Mayor Tim Keller said, and could save the city – which spends $1.2 million a month on energy bills – between $800,000 to $5 million over five years.

The project still requires approval from the state’s Public Regulation Commission, a process PNM and Hecate officials say should take about six months.

“I believe our city should be 100% renewable – not in the far-away 2075 future, but in the next five years,” Keller said during a news conference Thursday on Civic Plaza. “Because of this announcement, we might actually be able to achieve that. We’ll (achieve) a huge chunk of that (now) thanks to our partners.”

Following approval, construction of the $220 million project would take less than a year, said Craig Overmyer, vice president of operations for Chicago-based Hecate.

The city would pay nothing up front, but officials said its interest drove the process.

PNM CEO Pat Vincent-Collawn said Keller approached the utility company about a partnership to help reach the city’s sustainability goals, prompting the creation of the Solar Direct program. She said it allows major power users – such as cities, schools and big companies – to subscribe to get the solar energy they need “all without customers who aren’t part of the program subsidizing their goals.”

“The price to do 50 megawatt, utility-scale solar is less than half the cost it would be to put it on rooftops – that’s why this is a great project,” said Thomas Fallgren, vice president of generation for PNM.

The city has committed to buying 25 megawatts produced by the station each year for 15 years, a city spokesman said.

That would cover about 54% of the city’s electricity needs. About 30 smaller-scale renewable energy projects already done or coming online in the next year – like solar panels on certain fire stations and other buildings – will cover another 11%, according to the city spokesman.

“I have to admit this is a day I didn’t think would ever come for the city of Albuquerque – and certainly not this quickly – so I couldn’t be more proud,” said City Councilor Pat Davis, who helped set the city’s first renewable energy standard when he and Councilor Isaac Benton in 2016 co-sponsored a resolution calling on the city to obtain 25% of its energy from solar by 2025.

The project is the first in New Mexico for Hecate.

A newly proposed megaproject could put Utah on the map for cutting-edge energy storage execution.

In recent months, the title for largest proposed storage project has slipped from developer to developer like a greased pig, but MHPS wants to serve up a different kind of bacon.

“This is the first large-scale, long-duration storage initiative announced in the U.S. in recent years,” said Ravi Manghani, head of energy storage research at Wood Mackenzie Power & Renewables. “Long-duration storage will be critical for a decarbonized future.”

CAES stores excess grid power by compressing gas into an enclosed space, and releasing it to generate power via a turbine. The bigger the vessel, the greater the storage capacity, so salt caves make an ideal location. The oil and gas industry regularly uses this sort of geology for storing its wares.

That specific geological need also explains why CAES works almost nowhere in the world. It’s hard for developers to find and gain the rights to workable formations, but that appears to be what Magnum has already done. The announcement notes that the company already has five salt caverns in use for liquid fuels storage, and is developing additional sites for CAES and hydrogen storage.

CAES suffers from lower roundtrip efficiency than mainstream battery technologies, but it can deliver power for far longer than the most efficient batteries on the market.

A handful of venture-backed startups have attempted and failed to improve that efficiency or miniaturize the container for the air. Canadian company Hydrostor has made headway with demonstrations of a process that pumps air into waterlogged mineshafts.

The most recent large-scale CAES plant, Alabama’s 110-megawatt McIntosh facility, came online in 1991, which says a lot about the state of this market. Its immediate predecessor arrived in 1978 in Huntorf, Germany. That said, McIntosh can deliver its full power rating for up to 26 hours, something no lithium-ion plant can achieve.

Flow batteries similarly make sense on paper but have achieved limited commercial deployment. Rather than using mass-produced lithium-ion cells, flow systems circulate liquid electrolytes to charge and discharge. Their proponents claim the technology is less likely to catch fire and will last longer than lithium-ion systems.

Flow venders have to convince customers that they will still be around for the multi-decade lifespan of the devices. That’s a hard sell to financiers as well. But having a brand like Mitsubishi Hitachi stand behind the technology would be a major vote of confidence.

The mechanics of hydrogen are better understood, but utilizing this substance for grid storage would be a new development.

Excess renewable generation can synthesize hydrogen, which can be stored and used as an energy source later on. MHPS says it has engineered a gas turbine that runs on a mix of natural gas and hydrogen, lowering the carbon emissions. The company hopes to transition to fully hydrogen-powered turbines over time.

“When we add gas turbines powered with renewable hydrogen to a hydrogen storage salt-dome, we have a solution that stores and generates electricity with zero carbon emissions,” said Paul Browning, president and CEO of MHPS Americas, in a statement.

As for location, it appears largely driven by geography, namely the location of the salt caves plus transmission infrastructure and access to potential clean energy plants.

Utah generated 86 percent of its electricity from coal and gas in 2017, according to the Energy Information Administration. It does have a rapidly growing solar sector, with 1,627 megawatts installed.