When Bernie Sanders ran for president, he promised to fight for free public college, universal health insurance and a $15 minimum wage. He drew huge crowds, but many Democrats declared his proposals impractical and naïve. “We are not Denmark,” Hillary Clinton tartly observed, even as she tweaked her platform to acknowledge the popularity of these ideas. A few years later, these supposedly pie-in-the-sky proposals are wildly popular among Democrats and have entered the political mainstream as important topics of discussion.

Free public college, health care for all, a living wage: These are all important causes that will improve life for millions. But there’s another proposal that belongs on the progressive to-do list: universal affordable high-quality child care. In fact, I would put it ahead of free public college: It would help more people and do more to change society for the better. Only about a third of Americans age 25 and older have a bachelor’s degree or higher, after all (although more would surely try if they could afford it). But by the time American women are 40 to 44, 86 percent of them are mothers, and unless they are affluent — or have a retired but still energetic grandma who’s willing to pitch in full time when the kids are little — the child care crisis hits families hard.

How hard? As any parent can tell you, child care is one of the biggest costs a family faces. According to the Economic Policy Institute’s state-by-state tables, in Alabama it’s $5,637 a year for an infant and an only slightly less daunting $4,871 for a 4-year-old. That’s 69 percent of the average rent and 33.7 percent less than the cost of in-state tuition at a four-year college. At the other end of the alphabet, West Virginia parents are worse off: For them, infant care, at $7,926, is 32 percent more than the cost of college. Pick a state at random and the results are no better. New York: $14,144, or double the cost of a year of college. Illinois: $12,964. California: $11,817. No wonder child care is affordable for only a small minority of families, meaning they pay 10 percent or less of their income for it: 17.8 percent of families in Minnesota, 18.7 percent in Massachusetts, 37.7 percent in Georgia. And that’s for just one child. Most families have more.

Parents who pay for formal day care or a full-time nanny have less money for other important things, to say nothing of fun, and that means more stress and anxiety. Parents on tight budgets may be forced to seek informal, cheaper care. A neighbor offering in-home care might be a godsend — or she might just plunk her little charges in front of a TV, take in too many children or not know how to handle a medical emergency. The high cost of child care doesn’t even have the silver lining of providing decent jobs for child care workers, who are so poorly paid they may be eligible for food stamps. In most states, if child care workers have children of their own, their childcare costs would eat up half their pay or more.

The child care crisis has a huge effect on women’s employment. It keeps women at home who need and want to work. When women miss work because jerry-built arrangements fall apart, they can be fired — it’s perfectly legal. Lack of stable, affordable child care is one of the reasons women’s work force participation has stalled despite women’s increased education and the growth of fields where many women work, such as health care.

I say women for a reason: Many mothers are single, and even when a mother has a partner, when a parent has to quit a job to stay home, most often it’s going to be the mother. I’ve often heard women explain that child care eats up so much of their paycheck that it doesn’t make sense to work. Note the unconscious sexism embedded in that calculation: child care costs shouldn’t be weighed against only the mother’s earnings. They’re a father’s responsibility, too.

In any case, the decision to quit working has more implications than loss of a paycheck right now. Think lost Social Security, fewer promotions, rusted skills, lost contacts and social isolation. Lack of child care also promotes the less quantifiable but real tendency of parenthood to turn previously egalitarian couples into gender stereotypes. He becomes the chief breadwinner, she’s responsible for children and home, and it stays that way even if she goes back to work.

Social conservatives have typically opposed government-funded child care. They describe it as an overpriced boondoggle, another huge government bureaucracy, anti-family, a way of imposing liberal values on helpless children. When, at the behest of his adviser Patrick Buchanan and the nascent Christian right, President Richard Nixon vetoed the 1971 Comprehensive Child Development Act, he blasted it for committing “the vast moral authority of the national government to the side of communal approaches to child rearing” in opposition to “the family centered approach.” That was the end for a bill that had passed with overwhelming bipartisan support, and it was the last time Congress took the issue seriously.

Nearly a half-century later, times have changed. Working mothers of small children are the norm and hostility to them is, finally, ebbing. Distrust of child care — remember the day care sex-abuse panic of the 1980s? — is ebbing, too. As for the fear of communism that Nixon appealed to — there is just about no communism left. Socialism, or more properly the mixed-economy social-democratic welfare states of Scandinavia, France, Germany and other Western-European nations, is hugely popular, especially among the young who flocked to Bernie Sanders.

Affordable high-quality child care is an idea that should appeal to everyone, including the elusive white working-class voters whom Democratic strategists spend so much time worrying about. It’s good for workers and employers, for communities and families and children. It would create lots of jobs. It would allow lots of people to go to work. It would raise incomes and relieve a lot of stress and unhappiness and give children a good start in life. So why isn’t it on the front burner of the revitalized left?

Maybe the newly radicalized young haven’t had kids yet. For them, student debt is a more immediate problem. And maybe parents are just too tired to fight for it when they need it, and then the kids are in school and they don’t need it anymore. The child care crunch is a bit like childbirth. Once it’s over, it’s over, and you’re in a new place in your life. And in that new place it’s easy to forget how expensive and frustrating the quest for good reliable child care was, and for women to rationalize lost opportunities and less equality at home as just some of the many trade-offs motherhood involves.

Still, let’s be bold. Women are exercising their political power as rarely before. Democrats are looking for big, unifying themes. Nearly 50 years after President Nixon’s veto, the time is right to put child care back on the Democratic agenda. And this time let’s put it at the top.

The Real Mommy War Is Against the State 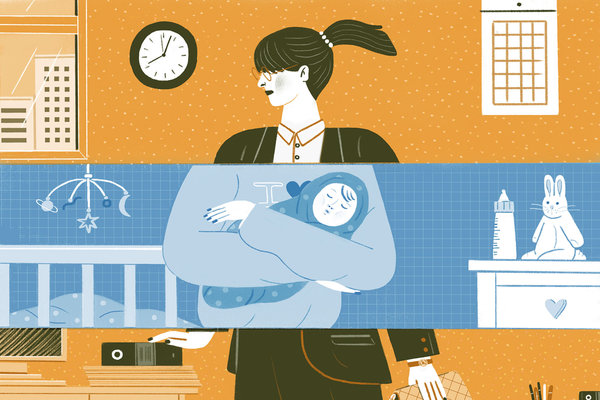 The Perpetual Panic of American Parenthood 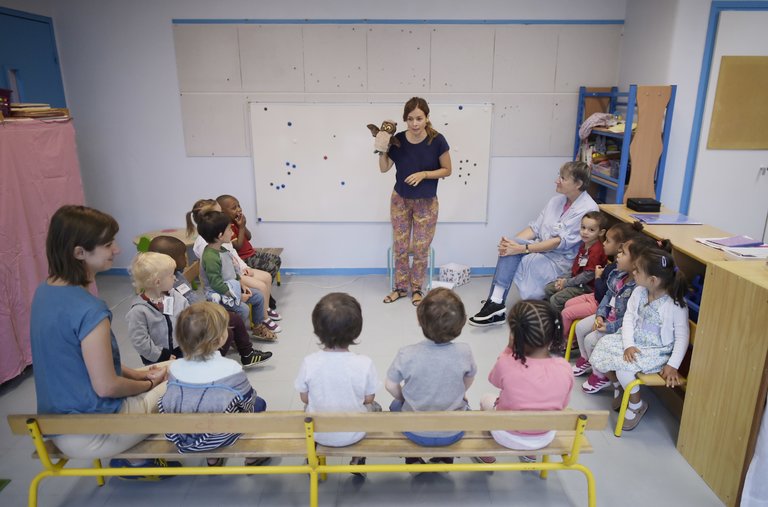 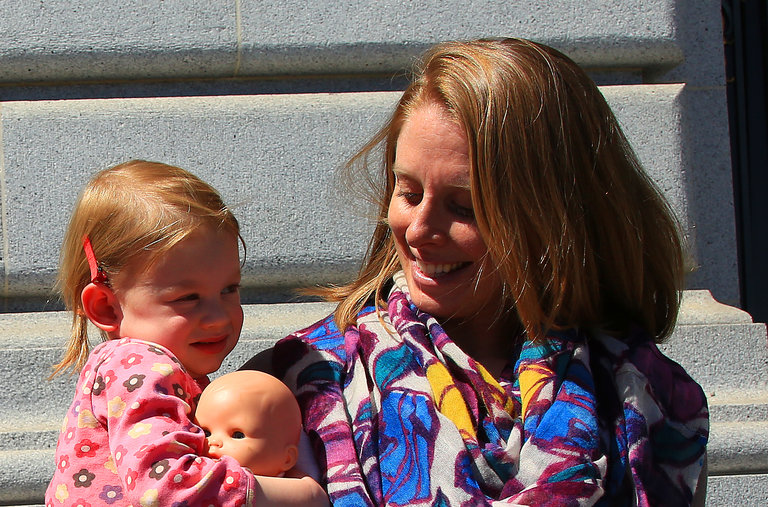