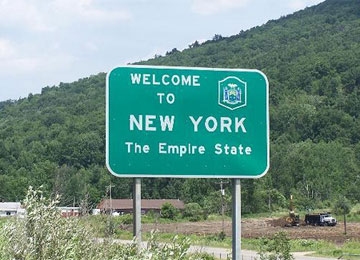 New York is not the first state to allow for community choice aggregation — it’s not even the second or third.

But the design of Sustainable Westchester’s community choice aggregation program, Westchester Smart Power, has some features that could push the envelope nationwide as municipalities find ways to more nimbly invest in local, clean energy.

Community choice aggregation (CCA) allows municipalities to buy power in bulk on behalf of their citizens, often with the intent to procure cleaner forms of energy. New York’s flavor of CCA includes particular provisions for demand response and renewable power that give additional flexibility to the organization.

New York, the seventh state to launch CCA, has a deregulated electricity market in which consumers and businesses can choose their electricity supplier — even though most people don’t. Instead, they stick with their distribution utility as electricity supplier. Many are unaware that options even exist.

In Westchester County, just north of New York City, about one-quarter of customers in Consolidated Edison’s distribution territory have shopped around. The figure is paltrier in northern Westchester, served by the New York State and Electric Gas Corporation (NYSEG), where only about 14 percent of customers have chosen a supplier besides the distribution utility.

Enter Sustainable Westchester. The organization includes the majority of towns in the county, with a combined population of more than 800,000. Twenty of those municipalities signed up to be a part of the inaugural CCA. Those 20 towns include about 110,000 homes and small businesses.

If the majority of towns that are part of Sustainable Westchester enter the CCA, it would be one of the largest in the country. The largest is in Ohio, with about 500,000 customers. Illinois has more CCA across the state, including one program in Chicago, but it is driven more by cost savings than by clean energy adoption.

The multi-year fixed-price contract come in at about $0.07 per kilowatt-hour for residents, and the ConEdison Solutions contract is worth about $150 million. The contracts are expected to save the average household about 5 percent on their bill. Nearly two-thirds of the communities have opted for a 100 percent renewable supply and individual customers can opt in to 100 percent renewable, even if their town did not.

Customers are allowed to opt out, and customers already working with other suppliers are welcome to opt in.

“As the first community choice aggregation in New York state, Westchester Smart Power holds the potential to transform how consumers purchase, use and choose the energy for their homes and businesses,” Richard Kauffman, chairman of energy and finance for New York state, said in a statement.

Not all of the communities that are part of Sustainable Westchester opted into the CCA, but some are already wishing they had, said Mike Gordon, co-chair of Sustainable Westchester and CEO of Joule Assets. For now, however, fossil-fuel prices have risen slightly since the first contracts were signed, so the organization is waiting for prices to be right to negotiate together another contract.

A contract built on options

As for the contract itself, it included some unique provisions that highlight how CCAs might function across New York, and maybe even beyond.

The launch of New York’s CCA has come as the state is undergoing its Reforming the Energy Vision proceeding, which aims to transform distribution utilities, such as Con Edison, into platform providers for a distributed energy future. It has many goals, including offering more choice to energy customers and slashing energy peaks in the state.

Both of those goals are a focus of Westchester Smart Power. “We see community aggregation as a vehicle to get the benefits of using distributed resources, whether energy efficiency resources or supply resources, and thinking about the community as a whole,” said Audrey Zibelman, chair of the New York Public Service Commission.

It may seem as though just opting people into a different power supplier isn’t really empowering choice. But many people in deregulated states don’t even realize they can shop around for their electricity supplier to save money or choose a different mix of generation, such as all renewables. Gordon said his organization is also interested in luring the customers who had shopped around and were being supplied by other retailers too.

“We are absolutely intending to serve those customers,” he said. “They’re educated customers. We want them. We feel our contract is absolutely beneficial to them.”

Currently, the power contracts include the purchase of renewable energy credits to meet the obligation of supplying renewable power. But the contract has a provision that the organization intends to buy community renewables in the future, ideally placed in the towns that are participating in a CCA program.

If Sustainable Westchester enters into a power-purchase agreement or builds community solar, the contract states the organization has the right to displace the renewable power that the supplier was providing with that local, clean energy.

When asked if that was a sticking point with suppliers bidding on the contract, Gordon said it was not. “Suppliers want to work with groups that are innovative,” he said. “They want to be seen as helping to develop renewable projects.”

But if Sustainable Westchester can reduce capacity during peak hours, the supplier will be allowed to sell that excess capacity into the wholesale market. The money from that demand-response transaction would then go back to Sustainable Westchester. The CCA program has a vested interest not only in offering efficiency tips, but also in selling hardware like smart thermostats.

“If Sustainable Westchester can get private suppliers to bite at a peak demand reduction contract feature, they have created a private-sector solution to a major challenge,” Karl Rabago, executive director of the Pace Energy and Climate Center, said in a statement. “An efficiency solution would address reliability issues, and add substantial economic value with an environmentally beneficial approach.”

The CCA in New York is considered a pilot by the regulators, but it is just the sort of entity the NY PSC hopes will thrive under REV. “I also see community aggregation dovetailing well,” said Zibelman. “Rather than individuals having to do things on their own, you leverage the opportunity for communities to work together.”

The unknown impact of CCA

The advent of the CCA model in New York was not very contentious given that generation is separated from distribution, so even the distribution utilities need to procure power on the wholesale market to supply their customers.

In California, for instance, which has one of the nation’s most successful CCAs in Marin County, the effort to expand CCA programs had been a target of some regulated utilities.

But no matter what the regulatory construct, the issue of data-sharing is a sticking point in the CCA development process. When asked about securing data access, Gordon said, “It was an adventure.”

Sustainable Westchester was looking for aggregated data, yet with enough granularity to be able to use it to seek out a competitive bid. The utilities, on the other hand, saw even some aggregated data as proprietary.

“It’s a tricky question for both sides,” said Gordon, adding, “The process was remarkably constructive in the end.” It will take constructive regulatory proceedings in states like California, New York and Massachusetts to set the precedent of data-sharing if the CCA concept is to flourish nationwide.

But even laying the groundwork in certain regions may not be enough to spur a national movement. Cape Cod’s CCA, Cape Light Compact, for instance, has been around for nearly 20 years, focusing on energy efficiency and helping to deploy distributed solar and efficient streetlights. Yet community choice aggregation has not proliferated in the Bay State or across New England as of yet. 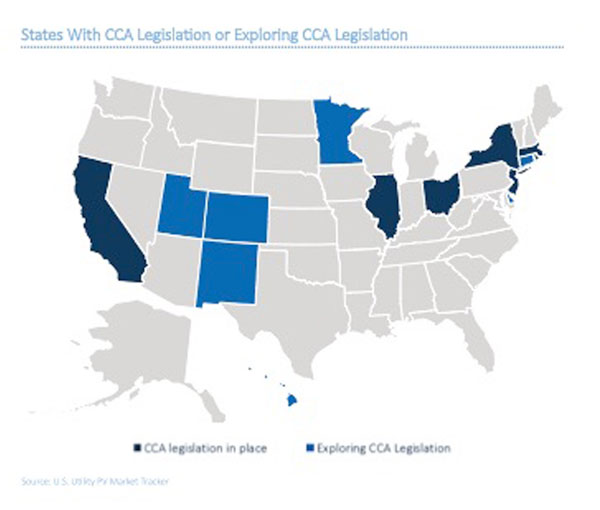 California shows some signs that the CCA concept is growing. Marin County’s CCA has just launched a community solar offering and has signed a handful of power-purchase agreements since being founded in 2010. Silicon Valley has also just launched its own Clean Energy Authority.

Scaling up CCA programs will require expertise not only in regulatory proceedings in order to work with utilities, but also in signing bulk power contracts, as well as a deep understanding of the market.

Although there are 5 million people across the U.S. enrolled in CCA programs, many are not actively signing power-purchase agreements for renewable power — instead, they rely on renewable energy credits.

That has the potential to change as the CCA concept proliferates and matures, and as those running CCA programs gain the knowledge and skill sets to negotiate PPAs. It has taken sophisticated global companies such as Apple and Microsoft years to navigate the waters of procuring renewable power directly, and the learning curve for communities will likely be even steeper.

If that learning curve can be surmounted, however, the CCA concept offers communities the opportunity to invest in distributed renewable power in their own backyard and engage energy customers in new ways.

In Westchester, the first request for information to secure local, clean energy is expected to come later this month, just a few days before the first customers are switched over to their new power supplier