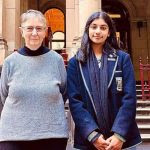 By Adam Morton, The Guardian. Eight teenagers and an octogenarian nun had sought an injunction to prevent Ley approving a proposal by Whitehaven Coal to expand the Vickery coalmine in northern New South Wales, arguing the minister had a common law duty of care to protect younger people against future harm from climate change. Justice Mordecai Bromberg found the minister had a duty of care to not act in a way that would cause future harm to younger people. But he did not grant the injunction as he was not satisfied the minister would breach her duty of care. David Barnden, a lawyer representing the children, said…   -more- Court Finds Government Has Duty To Protect Young People

FOR THE FIRST TIME, BIG OIL IS HELD LIABLE FOR CLIMATE CHANGE

A Dutch court on Wednesday ruled Royal Dutch Shell must dramatically reduce its carbon emissions because of its contributions to climate change, the first time a fossil-fuel company has been held legally liable for its role in heating up the planet. The landmark decision could set a precedent for similar cases against oil, gas, and coal industries.

The Hague District Court ruled that the energy giant has a “duty of care” to reduce carbon-dioxide emissions and that its current reduction plans are not concrete enough. According to the court’s judgment, the company must slash its emissions by 45 percent by 2030, from 2019 levels, to meet global climate goals under the Paris Agreement — a much higher reduction than Shell’s current aim of lowering its emissions 20 percent in that same amount of time. The Paris Agreement “applies to the entire world, so also to Shell,” the judge said. “Royal Dutch Shell has to implement this decision at once.”

The lawsuit was filed in April 2019 by seven groups, including Greenpeace and Friends of the Earth Netherlands, on behalf of 17,200 Dutch citizens who say Shell is threatening human rights as it continues to invest billions in the production of fossil fuels. According to the Guardian, the court heard that Shell’s production and sale of oil are responsible for about 1 percent of global greenhouse gas emissions every year.

“This is a turning point in history,” Roger Cox, lawyer for Friends of the Earth Netherlands, told the *Guardian*. “This case is unique because it is the first time a judge has ordered a large polluting corporation to comply with the Paris climate agreement. This ruling may also have major consequences for other big polluters.”

Indeed, while only legally binding in the Netherlands, the ruling may have a ripple effect on other climate litigation seeking action to rein in emissions and hold oil companies financially liable. Most climate-lawsuit cases focus on claiming damages for past harm caused by climate change, such as the “Kid’s Climate Case” where plaintiffs argued the U.S. government violated their constitutional right to a stable climate, whereas the Shell case looks into the future. Michael Burger, executive director of Columbia Law School’s Sabin Center for Climate Change Law, told Bloomberg before the verdict that “judges around the world are being confronted by climate change cases and are looking to other judges for points of reference.”